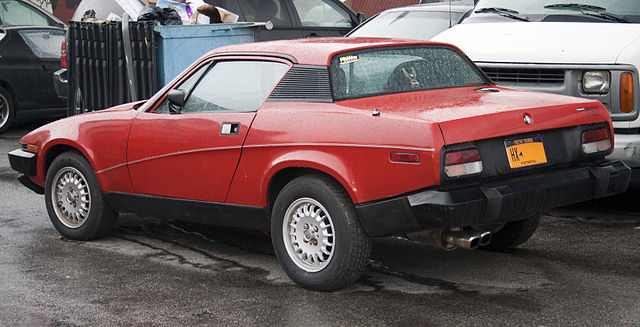 There are some things in the past that should be left back there.

I never liked Boy Scouts. It was something mom wanted my brother and I to do, as it ran on her side of the family. But, it was something to do. My brother excelled all the way to Eagle Scout. Me? That was a different story.

There are plenty of reasons why I did not like Boy Scouts. But, it had its moments – automotive ones, at that.

One of the big activities for Boy Scout troops is the Pinewood Derby. Scouts took blocks of wood and created cars out of them to race down a long track. There were some skills that needed to be managed, such as woodworking, engineering and some simple assembly. The idea is to have your wooden race car weighted properly before racing against your fellow Scouts.

I was not a successful Scout. I went as far as Star in rank, but I did have my pratfalls before I finally left Scouting. However, one year I did well in the Pinewood Derby in my troop back in Reseda. I didn't win, but I went further than expected.

The car I built was not your ordinary Pinewood racer. The basic shape was based on the Triumph TR7 – a year or two before the roadster was introduced. The idea was to take the lower shape of the TR7 without the roof. It was a simple task, but the problem was with weight and rules concerning add-ons.

The TR7 was chosen due to its wedge shape. Further inspiration came from John Buffum and the Group 44 race team that ran British Leyland cars in various Sports Car Club of America Pro series. TR7s ran at Road America, Mid-Ohio and Road Atlanta with authority in the late 1970s. That alone made the decision to go with the TR7 as my Pinewood entry.

Granted, BL products were challenged with quality and reliability problems that practically destroyed the company.

The making of the TR7 seemed rather easy – just have the father of one of my fellow Scouts slice through the wood with a table saw the wedge shape and I'll sand it down. The compromise was the absence of the roof. However, I was not allowed to carve into the remaining block to create an open cabin. I could have easily made a wooden windshield, but that would counteract on weight and aerodynamics. Instead, I took the plastic model of a TR7 and cut the windshield part of it – plastic frame and "glass" and applied it to the Pinewood Triumph. The car was painted yellow with the best possible detail paints for the tail lamps and other model designators. (Of course, I'm going by my own recollection, which has been challenged over the years, mind you.)

Because of the light weight of the Pinewood TR7, we had to carve under the chassis to put in some lead weights for balance and strength. The Triumph looked a bit strange as old Pinewood Derby cars had their wheels on the outside of the body. Back then, most Pinewood cars resembled old 1930s open wheel racers – somewhere between USAC and Grand Prix cars of that era. Had I the patience and a better trained eye for details, I could've done the famous Auto Union racer of the late 1930s.

Yet, we were Jewish – and World War II was still fresh on my ancestor's minds. The Auto Union was off the table – not even a 1950s Vanwall, a GP champion Alfa, a Fangio era Maserati, or a Miller Special would do in my eyes. Even IndyCar or Formula One racers of the time seemed too complicated to make for Pinewood Derby races of the mid-to-late 1970s. Imagine a Lotus 77, Nikki Lauda's Ferrari or one of the Unser's winners in wood? You can these days, however.

Sadly, I was not able to see my Inca Yellow TR7 run. I got sick, but my brother took the Pride of Canley (or, was it Speke or Solihull?) to the school where our troop met on race night. From what I recall, it did quite well. I know that I won the first heat, but not sure how far it went. I was happy to hear it did well.

Like I said, it was one of the few highlights of my Scouting career. The other automotive-related highlight was being one of the first recipients in my district of the Truck Transportation merit badge. Who knew that experience would come in play when the Chevrolet Silverado 2500HD showed up at the V&R Garage last year?

Why bring this up? Kia did. They had a Pinewood Derby race at the New York International Auto Show during Thursday's press day. I wasn't there. I'm actually glad I wasn't. It may have brought up memories I'd rather forget.

Is scouting the answer for kids today – concerning calls to thwart obesity, limit the usage of video games, promoting an emotional and spiritual lifestyle, moments of hypocrisy, and all of the latest parenting trends that I am too far removed to understand? I am all about the advancement of our children to ensure they live a full life. My brother has done a wonderful job being a father to his two children by balancing their freedom with activities that promote healthy lifestyles – physically and emotionally. Every time I read updates from my friends on their children, it helps me to confirm that if you let them balance their choices with healthy outlets, they will become great adults in the end.

From my experience, Scouting was not the right avenue for me. It kept me out of trouble, but it was not the life that I wanted. I felt a degree of anti-Semitism as a Scout. Not to mention, I was trying to figure out why I was a homosexual before I learned about puberty. As everyone is aware, Scouting does not welcome gay folks. The end result was to dive more into the social life of junior high school and look for better outlets to balance out my school life. Who knew it would take years after graduating high school to figure the latter out?

I will admit that if it weren't for Scouting, the seed for the love of the automobile would not have blossomed even further. It manifested into a Triumph TR7 convertible carved from a small block of wood – a year or two before the real thing went on sale.