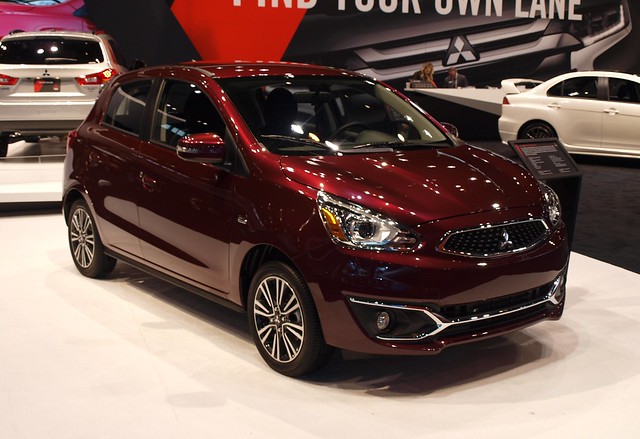 Being something you're not is worse than not being the best.

Mitsubishi is far from the most successful car company right now. Sometimes the pressure to improve can lead to shortcuts that end up burying good deeds beneath a shameful layer of lies. The beneficiary of these specific lies is Nissan Motor Co. The interesting part about all of this is the beneficiary and the whistleblower is one in the same. Is it coincidence or just powerful high-level automotive politics at work?

Carlos Ghosn is thought of by many in the automotive media as a master negotiator. In his 2002 paper for the Harvard Business Review entitled Save the Business without Losing the Company Ghosn outlines how he dismantled a traditional Japanese system of inter-investment known as keiretsu to save Nissan from going bankrupt. Ghosn is "non-traditional" and a move to leverage a recent scandal that Nissan themselves created and the purchase of a majority stakeholding under Japanese law of Mitsubishi seems like a logical conclusion.

Lying about fuel economy numbers and falsifying data has become quite a hot-button issue in recent years. This scandalous behavior includes Hyundai's "procedural errors" that led to exaggerated fuel economy claims and Volkswagen's falsifying of diesel emissions data through computer software. Trying to be something you are not while turning a profit seems quite popular these days.

Corporations, just like you and me, are susceptible to bouts of weakness brought on by pride or feelings of inadequacy. Mitsubishi certainly was feeling some of this when they tried to over exaggerate the fuel economy on a non-US market car known as the eK. This car falls into the extremely popular class of cars known as Kei cars. Fortunately for Nissan, this car is also known as the Nissan Dayz. Nissan knew what Mitsubishi knew, which amounted to enough leverage to drive down the value of Mitsubishi by $3 billion. Now filled with shame and crippled by the financial fall out of their false claims Mitsubishi needs help and quickly. This is just another situation where Ghosn must save the business without losing the company.

Mitsubishi has become an important brand to those looking for a low price vehicle in the U.S. Mitsubishi total sales in the U.S. were up 17.7 percent in April. It doesn’t seem like consumers don’t want Mitsubishi’s, but car companies like any other industry must be truthful. If a dollar is earned unethically then it is a wasted dollar. No on should have to waste their hard earned dollar on a lie.

What is debatable, though, is whether or not how this lie came to light is ethical itself. Nissan held insider information and used this to destroy the value of another company. Instead of doing this to close the doors of a competitor Nissan wants to take ownership of the brand cache that Mitsubishi has in markets, such as the Philippines, where Nissan has struggled to make a beachhead in. Is the consolidation of the Japanese automotive industry good for international competition or are we heading toward just a few automotive holding companies with brands limited to the vision of the parent company?