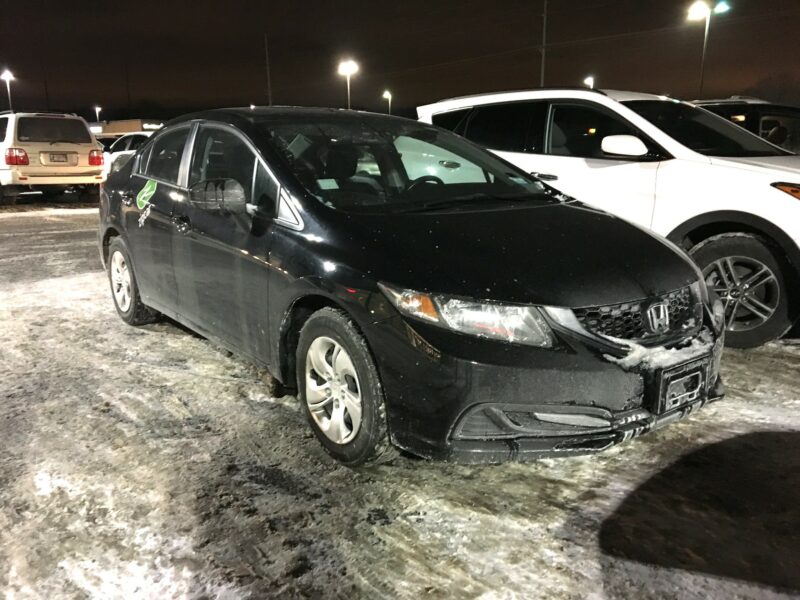 I spent the week of the North American International Auto Show without working with a vehicle for publication. I figured I would utilize the entire spectrum of alternative mobility to fulfill my commute to my day job and other things I might have to do in the meantime. This involved the use of local public transit, shared ride services, car sharing and rental cars.

Obviously, each mode of transport offered their own set of challenges. The three-bus commute relies on meeting transfers within short layovers. Lyft, Uber and taxicabs rely on making sure drivers are available locally for a short pickup time. Zipcar is not just about availability of a certain vehicle at a location, but in matching the promised rate for that rental time.

However, there was a larger challenge that was made last week's use of mobility interesting. The week had a mix of weather that ranged from ice storms to snow accumulations to sub-zero temperatures. It made for some adjustments and pratfalls in accomplishing two things: getting to my day job and going home.

To summarize the week: with all of the stress in my day job, one does not need further stress in the commute.

At the end of the day job's work week, I was itching to drive. I love driving and missed it that week. Yet, with road conditions still questionable at best, I was afraid that I would end up with the wrong car and not be able to fulfill my social obligations. With that in mind, I did miscalculate my budget for such excursions with automobiles – a single car rental from Avis would have sufficed instead of a day with Avis and a few hours with Zipcar. Would have saved some money, too!

Don't get me wrong – Zipcar is a great service! Just my own miscalculation provided me a short walk to a 2015 Honda Civic with District of Columbia registration from a reverse commute express out of Brooklyn Park to downtown Minneapolis. That car was driven to Joey Nova’s with the usual car club crowd. I had that vehicle scheduled for five hours and managed to get an errand done before dropping it off and taking a Lyft home.

This is where I talk about "miscalculation." Had I known that the car I rented that Saturday from Avis at the Minneapolis-St. Paul International Airport was a 2016 Volkswagen Passat 1.8T SE, I could’ve rented it the evening before.

Then again, who knows what I would've rented instead? I was hoping for a 2017 Ford Fusion to try out the new rotary e-shift. I also thought of a Toyota Camry, which would help on a couple of story ideas. Instead, I drew the Passat. Somehow they read my mind.

I love the Passat. It is a great combination of space, solid performance and great efficiency. The short time I had it, I averaged 29.9 MPG with the TSI engine. I could've driven further, but I had plenty to do this past weekend. Still, averaging 29.9 MPG or more in a mid-sized family sedan is quite impressive.

The Passat also brought up a few themes I explored in the past. It is an example of a car that I would actually buy – a big, smooth-riding sedan with comfortable seats and lots of roads for five adults around my size. The rental is a great example of one that has been under heavy use at over 24,000 miles. There had been no damage – which is a miracle in itself. The interior showed nominal wear, which is always a good sign. The suspension may be a bit loosened up, but not to the point where components would need to be replaced.

Importantly, the driveline was solid and humming strong. There was still good throttle response and showed it can keep pace confidently. The original tires – appearing to be factory-supplied Hankook Kinergy all-seasons – provided solid grip. The Adaptive Cruise Control still works like a champ.

At that mileage, it appeared that the Chattanooga-built Passat is a good quality product. This was confirmed in my short time with it. This is always a good indicator on how a certain vehicle would work at a more advanced mileage point.

That brought up the so-called debate of which trim to get. For me, I would definitely select the 1.8 liter TSI turbocharged engine over the 3.6 liter V6. The TSI is very flexible and offers solid performance throughout the rev band. The fuel economy experience is also something to consider. With the engine chosen, I have a feeling that the comfortable SE leatherette seats may be the way to go. They offered support and comfort through more seating positions than in the SEL Premium. The 2017 Technology Package model has a sticker of over $29,000.

Which brings up another point. Unlike you, I actually like the Toyota Camry. The new 2018 Camry that was unveiled at the North American International Auto Show in Detroit showed loads of promise, despite some critiques of its design. In fact, I actually like the 2018 Camry – moreso than the current iteration of the most popular passenger car in the USA.

The Camry and the Passat are in the same class, even with the larger interior volume of the Volkswagen. With the loss in rear seat room, choosing a comparable Camry to the Passat 1.8T SE with Technology was a bit of a chore. I settled for the sport-luxury of the XSE, as it offered some active safety features, better interior, moonroof and Entune. Sticker-wise, the four-cylinder XSE wound up being more than the Volkswagen by over a thousand dollars. Granted, the 1.8T SEL Premium would cost even more, but the Passat offers a few more advantages than the Toyota.

Does the Camry offer connectivity with Apple CarPlay, Android Auto and/or MirrorLink? No, but Toyota wants you to consider their alternative for the 2018 Camry – the Entune 3.0 with Scout GPS with Moving Maps, App Link and a head-up display.

Coming later this year is more competition for the Passat and the 2018 Camry. There is talk of a new Honda Accord with design influences from the tenth-generation Civic. There is also talk of an upcoming Nissan Altima with design features from the Vmotion 2.0 concept shown at NAIAS. One would hope that Volkswagen would rise the occasion and meet these three class leaders head on, while sales rise for the Passat into 2017.

I have to admit that 2017 will become an interesting year ahead. The mix of vehicles I will be working with and the talk of "mobility" certainly makes this job a bit more challenging. Then again, I'm up for the challenge.