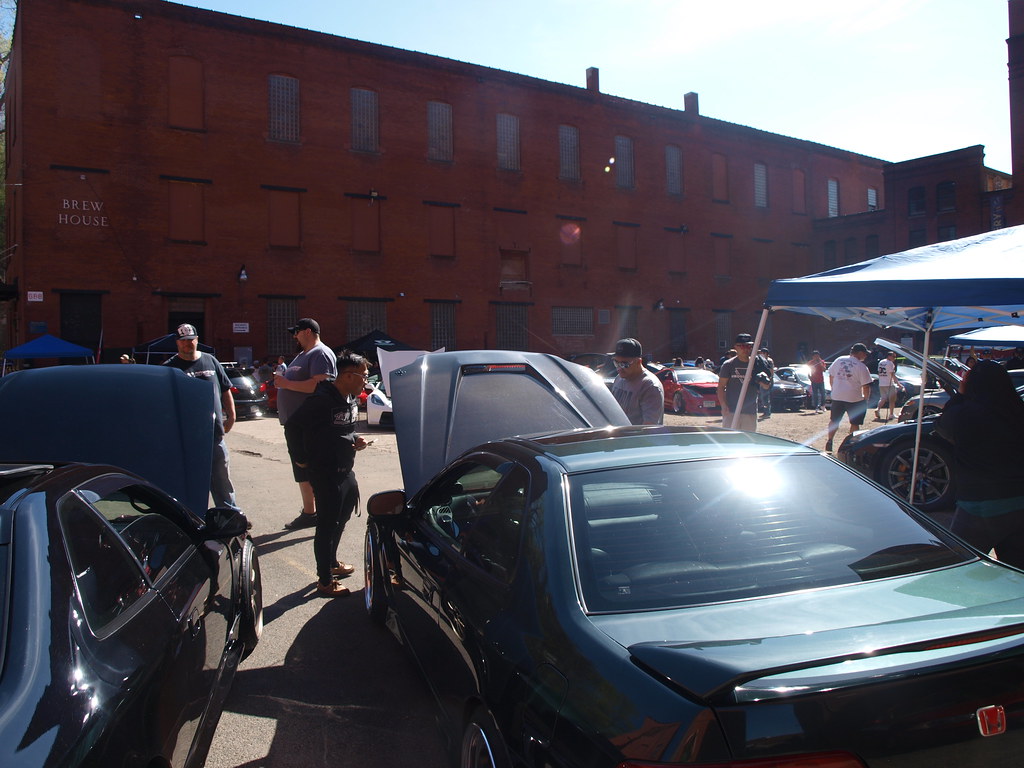 I know what I missed. I don't know how to start the story. All I could tell you is what's still happening, what's going on, and how I'm getting through it.

I know what I missed. I don't know how to start the story. All I could tell you is what's still happening, what's going on, and how I'm getting through it.

To start off, I came home from both the FZS, and Wise Guys events on the first Saturday of May. As soon as I parked the 2019 Ram 2500 Mega Cab, I went back into the house and chilled out. I didn't know the next morning what was going to happen next. I thought it was a stomach ulcer or some other stomach issues.

All I knew that there was a growing pain in my back. Eventually, the pain expanded to the sides of my lower back. I forgot how stones felt – whether they could be kidney stones or any other stone.

My first visit to the Emergency Room on May 9th seemed semi-conclusive. Based on some initial tests, the care team determined that I had a kidney stone. I haven't had a bad bout of kidney stones in perhaps maybe 10 years or even less. They prescribed an invasive drug that would put me in a long-term stupor, losing my ability to be able to work, or write, or even dictate into a phone.

The next Emergency Room visit occurred on May 16th. That visit confirmed everything from the prior ER visit. It also confirmed that I had more stones to give to the world than anything. My back was hurting like hell. They gave me better medication – still evasive, still not allowing me to be coherent to even do work. My appetite was down. My ability to want to do anything was clouded by these medications. Hell, I wasn't even up to drive.

As a result of the second Emergency Room visit, I contacted the Midwest Automotive Media Association letting them know that I was not able to attend the MAMA Spring Rally at Road America in Elkhart Lake, Wisconsin.

That was not an easy decision, I planned a really good outing for myself, which would allow me to stay either in Wausau or Stevens Point the night before I was to reunite with my colleagues and contacts in the industry. I would do the same thing on my way home, break up the trip, so to speak. Give me some time to at least get back to work, do my write-ups, and whatnot. Unfortunately, it wasn't to be. I rode the storm out while everyone was posting on social media about the cars they drove, how great they were, how not so great they were.

I also had to bow out of another event that I originally thought about going. The Washington Automotive Press Association had a field day over at the Insurance Institute for Highway Safety. I saw photos and impressions from there, along with some very happy smiles of the 20 WAPA members that attended, according to the association's president, William Hopper.

I did some work, but it was not enough. There were more things that need to be taken care of. Again, I was not a good state to be in physically and emotionally.

Incidentally, I was at my lowest weight since my first year of high school. And, I looked terrible.

I rode out Memorial Day weekend looking forward to getting the answers from my doctor, whom I haven't seen in months. When I saw her, I was going through another battery of tests – more so than the two Emergency Room trips combined. The results showed that I was getting better, but there are still more stones in the system.

My doctor gave me another set of medications, two of which again will create havoc to my psyche and my soul. It is because of a very simple warning on the vial: please refrain from driving or using heavy equipment while taking this medication. It's sad because I should be working with a car by that time.

How do I keep from going insane? Don't ask. I can tell you what I've done, and what has happened so far. Because of one medication, I had four falls in my own home in a 24-hour period, a couple within earshot at my roommate.

This is a very painful commentary to make, but I wanted to tell you what's been going on because this site been very quiet lately. I'm aware of that. I do know that I have some projects coming up, especially one at the end of June, and I want to do this one. It will require a lot of driving to a city I'd never visited before.

I want to do that trip. I can't wait to do it. I don't know if there's going to be a do over. We shall see if I don't get any better by then.

Though this illness, I have not ignored most of the happenings of the world. For example, I have seen the stories coming out of a Fiat Chrysler Automobiles regarding their merger talks with Renault Groupe. I've followed how this deal was starting to take shape and how the other players in this deal, including the Renault Nissan Mitsubishi Alliance, could be affected by this. Needless to say, I am puzzled. If this is all about capitalization and fiscal security in Europe, do the parties understand that there is a wider reach that goes beyond these primary issues?

No one has really talked about product. Only speculation of platform sharing. The big question, how will Nissan respond to this – as well as Mitsubishi? I've been reading all the ironies, especially on surrounding Jeep. Renault used to have control of Jeep, but it had control of AMC. If it weren't for them, we wouldn't have that great Cherokee for the 1980s.

Of course, there are rumors that Ford and General Motors will tie-up. They've talked before. They're talking again. Do you think it's going to happen? I don't know. I'm at the point of saying I doubt it, but it will be a hell of a pill to swallow for both parties.

Then, I saw some news about two Chinese-designed small SUV's being added to the GM lineup. That would be the 2021 Chevrolet Trailblazer, and 2021 Buick Encore GX. I don't know folks, but I don't like where this is going. Then again, you could disagree with me.

Of course, I did not miss Lewis Hamilton's win at the Monaco Grand Prix in honor of the late Niki Lauda. Nor did I miss the Indianapolis 500 with Simon Pagenaud – and his cute little dog – finding his way to the BorgWarner Trophy and the carafe of milk for the first time. That was a great race to watch, by the way.

As I try to meander through this journey of health and wellness, please be patient. I will be there. I know you will be there. I will still be at some of the shows. Maybe not as many as you would like me to be at.

Honestly, I really don't want to miss a thing. So far I've missed a lot, and, yes, I have heard from you – my colleagues, my industry contacts, the readership. I've heard from my friends, my fans, my family, my roommate, her boyfriend…literally everybody.

Whenever I post something like this, understand that I am not asking for tea and sympathy. I'm asking for understanding what I'm going through – nothing else. I'm trying to get through this with the best of my ability, the strength that I have, my soul and with all the prayers I've sent up to try to get me better.

Through the drug stupors, the evasive medication, this test, and that exam, I'm determined to get back into the business of this website. I am also determined to write some of the best work I've ever done. That's why you read this damn website, right?

Lastly, I want to thank you, your patience, support, love, caring, and understanding through this continued ordeal of health. Let me assure you one thing, in the words of General Douglas MacArthur: "I shall return."