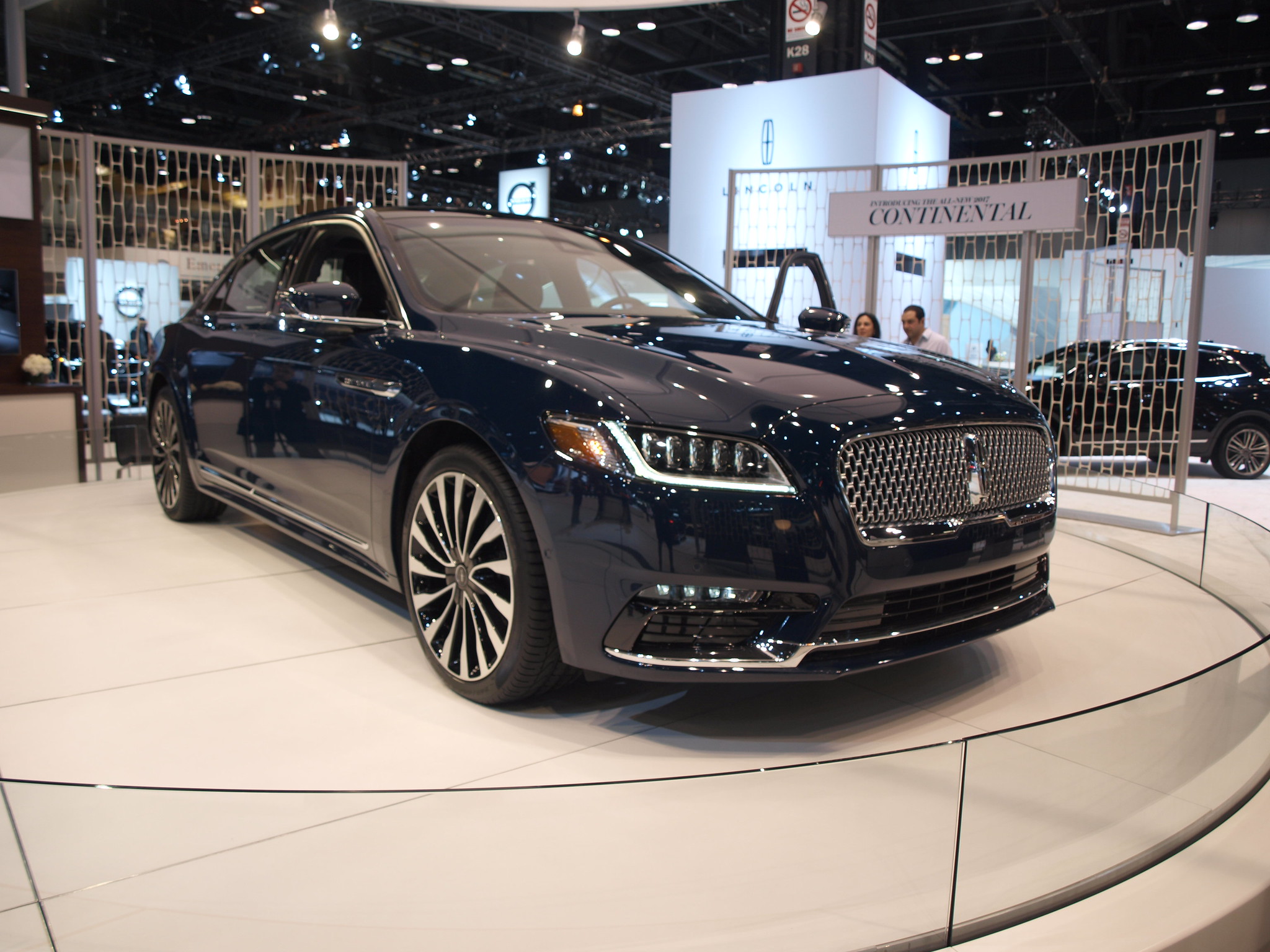 Luxury cars are missing a uniquely American interpretation. Cadillac has become a decidedly German brand focusing on austere cabins and rear-wheel drive. Lincoln, the only other true American luxury brand, has struggled to differentiate itself from the high quality Ford products that have flooded the market. In 2012 Lincoln promised four all new models by 2016, and they are delivering on that promise with the latest generation MKZ, MKC, MKX and the reintroduction of the Continental for 2017. Lincoln will redefine American luxury with this line up.

For years now the automotive press has skewered Lincoln as a superfluous, money-wasting anchor on Ford Motor Company. Instead of offering a true luxury experience it was thought that Fords had just become too "good" and Ford could not make a truly unique Lincoln. This is about to change.

Lincoln Continental is personally synonymous with a large dated rear wheel drive sedan in the hands of lovely older couples or the unfortunate burden of young people inheriting it as their first car. The latest iteration wants and needs to rejuvenate the brand. American luxury is in desperate need of a standard bearer, and the Continental has the presence, design and technology to be that standard bearer.

America is not designed for performance. It is a nation rebuilding its infrastructure after decades of neglect where apexes and Lateral G’s are meaningless to the luxury buyer. Tightly sprung, track ready sport sedans are not what every customer is looking for. Some just want a comfortable, confident and powerful executive sedan. The Continental, at least theoretically, looks like it will deliver this.

This is what has been missing from the American luxury market. Even brands with a history of being comfortably luxurious like Buick have begun to import most of their designs from their German subsidiary — Opel. Cadillac has become a brand far too focused on performance. Manual transmission, alcantara, rear-wheel drive, this is not American luxury, but an American translation of a German novel on how to build a luxury car.

Continental is the present. The 2017 Navigator Concept is the future. It is a vision of exactly where Lincoln wants to take American Luxury. It bites its thumb at the likes of the Cadillac Escalade. Everything about the Escalade's design is upright, masculine and loud. It is not a luxury car, but a power car. The Escalade is not meant to be luxurious, but project the power you feel inside you out onto the world. While this might be exactly what a portion of the market is looking for there is a void that must be filled by Lincoln’s interpretation of what luxury is.

Lincoln is obsessed with the idea of "quiet luxury" If you strip away the marketing veneer of this statement you find the word subtlety, which is what American luxury should be. Americans are stoics. We work hard and want to have a demeanor of calm confidence. A luxury car should be something that invites you warmly in the early morning hours, and envelops you at the end of the day. It should be a temple of solace. It should also show restraint and be attainable to anyone who works hard, and wants a taste of the finer things. You don't need to wear a suit to drive a Lincoln.

Lincoln is making American luxury attainable. The new Continental starts at $45,485, which is $10,000 below its American competitor, the Cadillac CT6. That price is not attainable to everyone, but a flagship car that offers the most modern technology and styling below $50,000 brings new buyers into the Lincoln fold who would otherwise have to downsize to stay within their budget.

The 2017 Ford Fusion Sport when fully loaded is priced at $41,005 before destination. This puts it just $4,480 under an entry level Continental and just below the starting price of the 400 horsepower AWD MKZ Select. This is a compelling sales argument for any Lincoln Dealer. The addition of a Lincoln exclusive engine, seventy-five more horsepower and the added prestige with a few thousand dollars of the Fusion Sport they might have purchased might be the perfect reason to upgrade to the Lincoln. Attainability doesn’t have to mean cheap it just needs to be a compelling balance of price, exclusivity and luxury to turn a Ford buyer into a Lincoln buyer. Lincoln knows who that buyer is and they want to respectfully ask them to take a chance on them.

Words are powerful. They are the tools that create a story beyond the sheetmetal, and Lincoln has chosen words like quiet and polite instead of powerful and brash or sleek and chic to describe their cars. Instead of demanding attention it seems like Lincoln wants to quietly remind you that if you identify with that stoic American identity then they have a car waiting for you. There is now an excellent disparity between a Ford that can produce a car as ferocious as the 2017 Focus RS and a Lincoln that can produce something with "quiet luxury" like the Continental.

Lincoln is the new American luxury. It is an interpretation of luxury that has been missing for a long time from the American market. It is not retro, or German, but represents a new generation of luxury buyers who aren’t interested in performance figures or horsepower, but the way that a car makes them feel. Luxury has been a terrible binary of performance and sterility. It is refreshing to once again feel warmth return to the luxury market through a company that so many had written off as a relic. It's nice when the experts are wrong.