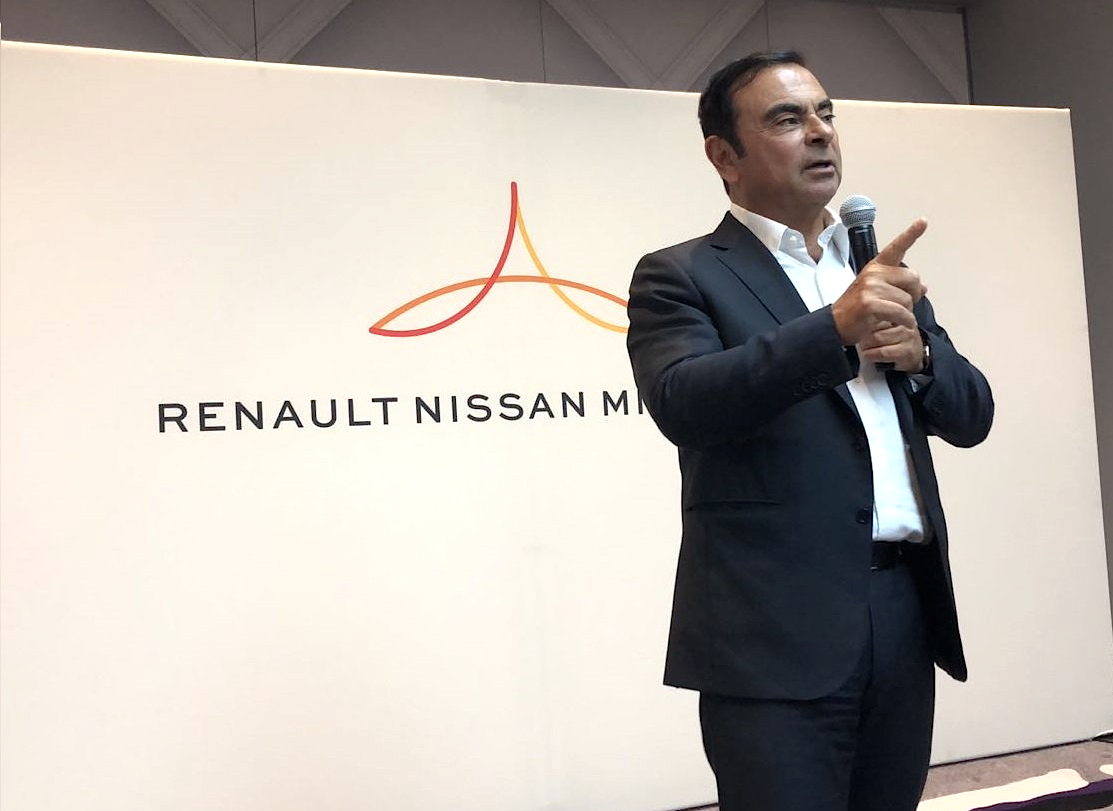 On Monday, November 19, the news blazed out of Yokohama that Nissan Motor Co., Ltd.'s Chairman Carlos Ghosn and Representative Director Greg Kelly did not properly report compensation amounts to the Tokyo Stock Exchange. This was done so to report a lower compensation figure attributed to Ghosn. Nissan’s press released continued to confirm that Ghosn and Kelly were not only involved in false reporting of compensation, but of other clear violations against the company's "duty of care of directors."

This was reported through a "whistleblower," in which the Japanese Public Prosecutors Office embarked on an investigation. Nissan has stated they are fully cooperating with the government prosecutors.

Nissan’s Chief Executive Officer Hiroto Saikawa has recommended the prompt removal of both Ghosn and Kelly from their positions. This has not been fully announced since there is reported to be a meeting on Thursday – Thanksgiving Day in the USA – to formally present the terminations to Nissan's board.

From this point, the story gets interesting. Many reports showed that Ghosn and Kelly were arrested by the authorities in Japan because of these charges. Other reports stated that both officials were indeed terminated by now.

One Japanese source centered on the story where there was an allotment for compensation in the tune of US$9 Million that was shorted to executives. That money was speculated to have gone into the hands of Ghosn, who had the authority to allocate that money to its executives. The stockholders were not informed of the shortage of money in their last annual meeting.

In the case of Ghosn's own income, it was reported to the Tokyo Stock Exchange through Nissan's own annual securities reports that he earned US$44 Million between the fiscal years of 2010 and 2014. That figure may have been more than doubled that in reality. Hence why Ghosn is now under investigation due to not reporting his actual income as compensation by Nissan.

There is one fact that is observed from these reports: None of these behaviors are acceptable in Japanese business culture. This is why the Japanese authorities are taking this investigation seriously. This is also why Nissan is taking this seriously.

Let me stop here because I am concerned about two things. One, this is the kind of behavior that you would not expect from a corporate leader once known as "Le Cost Cutter." Two, I am only presenting what is seen as true through two Japanese news sources and Nissan's own communications channels.

Let me work backward. The story came as a shock. Trying to gather all of the facts and deciphering what is confirmed or not is not an easy task unless you know where to go to get the story itself. This is not because some media outlets are more trustworthy than others – depending on your opinion and trust level of media outlets on the whole. Yet, for someone who has to ensure that their readers get the story right – it is exactly that, to get the facts and present them before commenting on it editorially.

The speed of the news is driven by the consumption of it by social media. We want to react and fast. With a story that has a few confirming points, such as the lack of a release by the Kensatsu (the Public Prosecutors Office) and the local police confirming the reported arrest of Ghosn and Kelly, how can we say that they were indeed taken into custody and given initial charges?

Which brings me to Ghosn. We often hear stories of how Ghosn came into Michelin and Renault and put forth programs of cutting costs in turn for a return to profit. We often know Ghosn's methodology to ensure that the alliance between Renault and Nissan – and, now, Mitsubishi – will have efficiencies of shared savings across these corporate structures to ensure profitability on each vehicle developed and produced within and across the alliance.

Now, we are presented with behavior that is conduct unbecoming of a corporate leader and the company he represents. How do we evaluate the facts from speculation here?

The larger question here would be to the ramifications this investigation and the response from the company, the alliance, their stakeholders, and the customer base will have upon each constituency? In other words, will Nissan, Renault, and Mitsubishi be able to weather this storm?

This is a tough one to answer. Somehow, Volkswagen is still moving forward despite the continuing criminal investigations related to the "dieselgate" controversy. That group, as a whole, has a level of resiliency that has not penetrated its ability to earn revenue worldwide from their products. But, to measure Nissan, Renault, and Mitsubishi to Volkswagen would be a ridiculous comparison that requires an understanding of the alliance’s current fiscal health as it wades through this controversy.

One would hope that Nissan's board is keenly aware of the potential ramifications the investigation on Ghosn and Kelly will have on the trust and potential revenue of the company. One would have to look further afield towards Paris to see Renault's response to Ghosn's situation back in Yokohama.

Of course, this is a continuing story. Once we know all of the facts – and they are indeed confirmed by all parties concerned – it would be easier to see how it will all play out at Nissan and across the alliance. With many outcomes in play, the key to weathering this storm will be the resiliency of Nissan in moving forward from Ghosn’s leadership – if the board votes to remove him on Thursday, as expected.

Needless to say, I am very disappointed in Ghosn. If these allegations are indeed fact, it just seemed absolutely wrong for a known "cost cutter" to allow this kind of corporate fiscal irresponsibility to happen in his name.