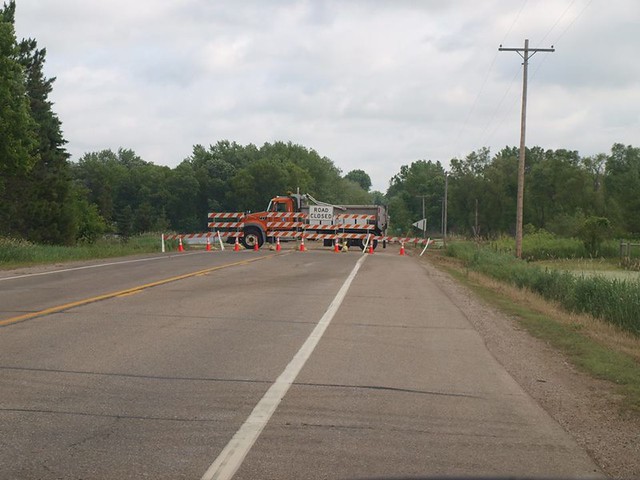 Yes, there has been flooding throughout parts of Minnesota – including Minneapolis.

Shocked? You should not be. Locals just shrug their shoulders and call it "part of living in Minnesota." It is one of those things that should be managed – rather, controlled.

Another thing that is part of living in the Minnesota: Snow. As an affect of the snow, you have potholes. Every year, there were lots of potholes to swerve and avoid in the thaw.

How do you manage and/or control natural occurrences, such as flooding, snow and potholes? The easy answer to this question is to let the government take care of it – municipal, regional or state level agencies tasked to manage these occurrences.

What if a government appears to not be able to manage these occurrences properly to the satisfaction of its citizens? This is a conversation we must have, because it appears that certain governments are not doing the job in the name of traffic safety.

Before diving into the issue, an example from my own history will explain this better. Until the mid-1970s, the intersection of Victory Boulevard and Wilbur Avenue in Reseda would take the brunt of heavy rainstorms pelting the Los Angeles area. The entire intersection would be flooded, causing motorists to stall in the process of crossing the street. For example, my family's cars would stall in the middle of the intersection on occasion.

The City of Los Angeles Public Works Department had been tackling intersections and sections of roadway where flooding would occur regularly. In the mid-1970s, they tackled the Victory-Wilbur intersection by creating a high capacity flood drain system that went into the river nearby. When completed, flooding had been abated at that intersection for as long as long as I lived in Reseda.

These are expensive projects. The costs of not doing the work do not include lingering problems that pop up on occasion – such as these rain storms that hit the state of Minnesota in June. Of course, we could include the cost of rapid response to snow plowing and removal, the fixing of potholes and various construction projects that cause further headaches for motorists statewide. Yet, it appears we are at a wit’s end with the response to fixes and proper long-term solutions to ensure safety out on the roads. This has been exacerbated by a lingering winter that prevents pothole repairs and the start of regular construction jobs throughout Minnesota. 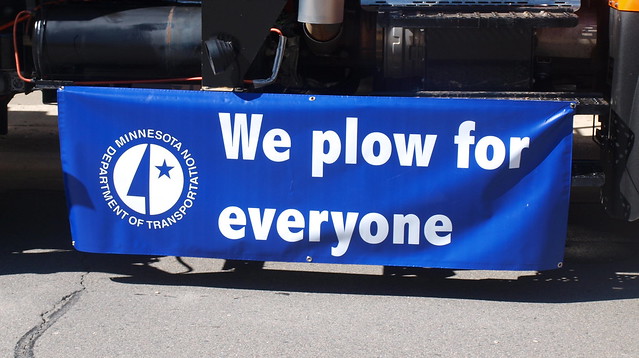 This is not a basic "what do we do now" reaction to the past several months of issues that have popped up. Nor is this a finger-pointing exercise to the Minnesota Department of Transportation. This commentary is a series of open thoughts about what to do with an infrastructure that is in need of modernization and repair.

Where to start? First off, the City of Minneapolis would need to evaluate their drainage system, snow plowing and road repair strategies. Same would go to any "large" city or community in Minnesota and the state Department of Transportation. Granted, there are things that work. It is the places where things are behind due to scope and budget where "shared responsibility" should be enacted.

Could one government – municipal, county or state – have something to offer the other? This is one example of "shared responsibility." In this post-global economic crisis universe, any single government cannot afford to presume sole responsibility for essential services when the transportation network – including pedestrian traffic – is affected severely.

If I knew the intricacies of politics better towards getting governments to "fix the roads" and "drain the flooded areas," I would offer more specific ideas to implement and answer my concerns. I get it, however – hands are tied as to what they could do to ensure safety for all who use these roads.

I would hope that we would not wait too long for a fix. Why fix when it is broken and citizens suffered at the hands of a lack of care by the powers to be? These issues could be prevented with smarter solutions ensuring safety for all.