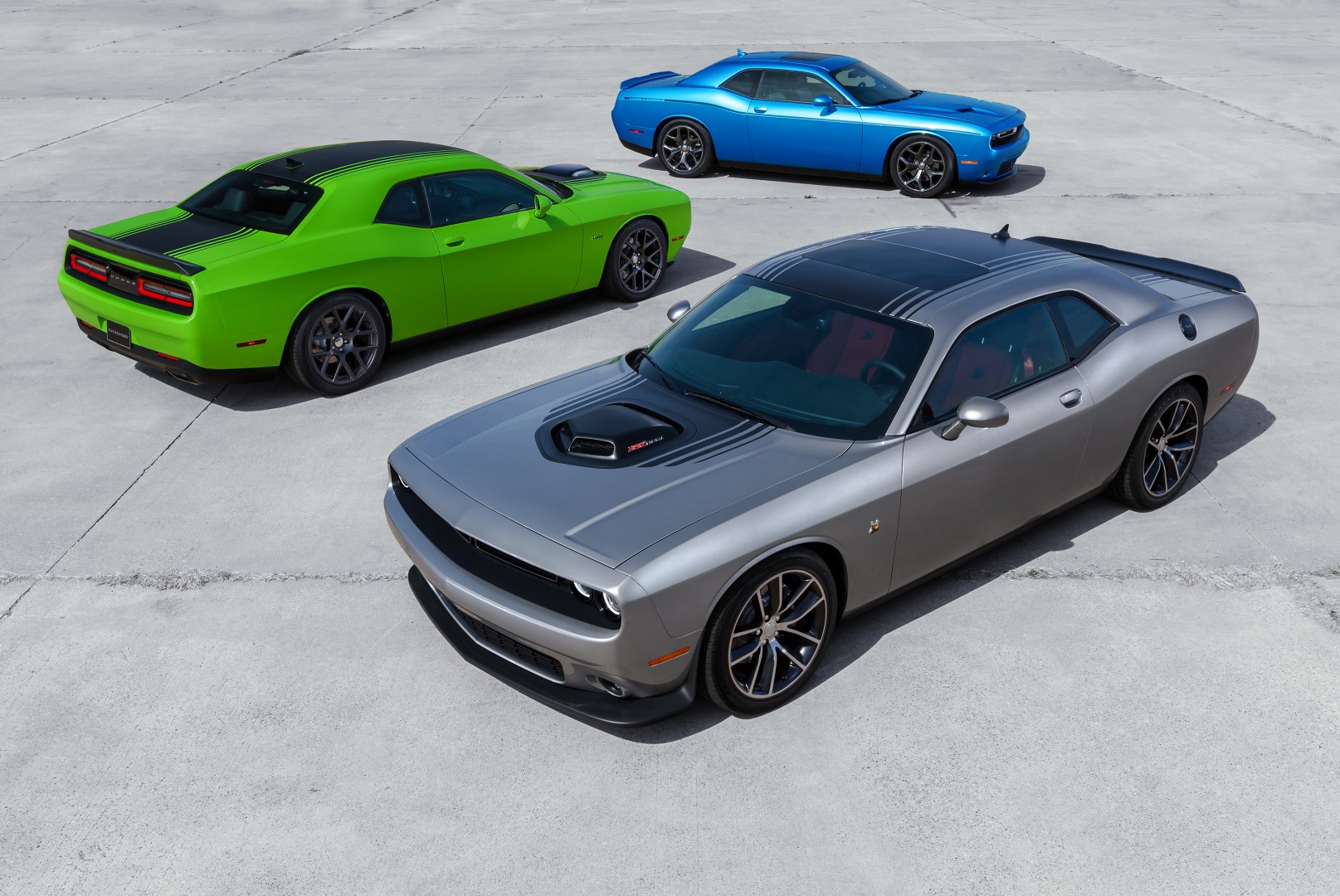 "Today is much more than a new chapter. We are beginning to write a completely new book."

"Today is much more than a new chapter. We are beginning to write a completely new book."

These were amongst the first words Sergio Marchionne said on May 6, 2014. He stood in front of hundreds of investors, journalists and Fiat Chrysler Automobile employees to unveil plans for the combined company’s next five years.

Marchionne took his position five years ago in a similar meeting to unveil a five-year plan towards righting the ship that went through bankruptcy. Under Fiat's guidance, Chrysler held to most of the plan by aligning manufacturing standards towards improved quality, introducing products that shared existing Fiat platforms ensuring equal competition in global markets and to define brand identities towards both a global and regional strategy.

The new book has a title: Fiat Chrysler Automobile. It might not be what hardcore enthusiasts on both sides of the Atlantic wanted, but this is the new reality that will benefit all parts of the enterprise.

No, it does not appear to be a replay of DaimlerChrysler – the so-called "merger of equals." Nor will this be as half-cocked as Cerberus folding Chrysler into their portfolio. Marchionne and his team are serious about an integrative approach to FCA over the next five years.

In this new book, the primary focus is on brand identity. Jeep and Ram accomplished this through revised and new products since 2009. All other brands under the FCA global umbrella will undertake a more focused approach. It had to be decided what to do with each brand that may have lost their way or rather trying to find the right groove to accomplish their image goals.

For Dodge, it means being a performance-based brand. It was always there since the 1960s, but while you sold a Coronet Super Bee, a Charger R/T and a Dart GT, you still had to sell trucks, vans, luxury full-sized models and economy versions of each model. Starting with the revised Charger and Challenger for 2015, Dodge promises the focus will be on performance and muscle.

Part of the promise is the integration of SRT into the Dodge fold. This means that the Viper will return to the Dodge brand with the loss of the Chrysler 300 as part of the SRT program. Reports state that the Jeep Grand Cherokee SRT model will continue, despite Dodge incorporating the brand into their portfolio. While Ralph Gilles will lose the SRT brand as its leader, he will retain the leadership of FCA's motorsports efforts, as well as being the company’s head of design.

In turn, Dodge will lose the minivan product, gains a subcompact sedan and hatch by 2018. Meanwhile the remaining lineup will be enhanced through refreshes and brand new versions. By 2017, the new version of the Dart and the Journey's replacement will get SRT variants equipped a turbocharged high output engine. The rumored supercharged V8 will appear in the SRT versions of the Charger and Challenger probably as early as 2015. Though rumors had the vehicle a goner by 2016, the Durango will remain on sale through 2018 after another refresh.

The Chrysler brand was a middle-priced premium brand going back to the 1930s. With the exception of the Imperial, Chrysler was at the top of the corporate brand ladder exuding luxury – even if it meant emphasizing "rich Corinthian leather." In North America, Chrysler will be positioned more "mainstream." The core models will remain, though a new Town & Country will debut by 2016 and a mid-cycle refresh is due for the 300 by the end of this year. The Chrysler brand will finally add a compact sedan – the 100 – in 2016 and a full-sized crossover in 2017. Chrysler will also market the company's first plug-in hybrid models for the new Town & Country and crossover by mid-2017.

it is worth noting that Lancia did not have a presentation at this meeting. There had been word that the brand is being wound down, but nothing has been concrete in regards to the status of Lancia and its continued link with the Chrysler brand.

As the true global brand of the company, Fiat also needed some brand image work. There are too many products under its portfolio that are built specifically for key markets. It is necessary to tailor products that sell to localized markets, but you still want to have a core set of products that maintain the brand image worldwide. Fiat will focus on making the Cinquecento that global product sold in every corner of the planet. All other products will be related, but aimed at localized markets.

In North America, that means the 500 and 500L will provide the core product for the Studios. Next year, we will see the 500X crossover, sharing the same platform as the Jeep Renegade subcompact SUV that debuted at the Geneva auto show earlier this year. At the end of 2015, Fiat’s North American Studios will also see a "specialty" product. This is sometimes translated as an Abarth model, but no specifics were given as to what to expect in a year-and-a-half's time.

Perhaps the most transformative brand will be Alfa Romeo. We recognize that the Milanese brand has lost its way from being a champion with a DNA that enabled some of the most memorable sports cars of the last century. To re-establish that legacy in today's luxury car market, Ferrari stepped in to help guide Alfa Romeo towards that goal.

North American outlets should see the 4C sports car very soon. However, there seems to be no other information as to what we should get from the Alfa Romeo brand, as well as to which retailers will sell these products. The other question that needs to be asked is whether the proposed lineup for 2018 – including two new compacts, a new mid-sized and full-sized sedan, two crossover/SUVs and a "specialty" car – will be sold in this market alongside the 4C.

There may be some parts of the whole that will show up by 2018 for Alfa. We just need to continue to inquire as to which of these models will indeed fulfill our want of the brand. Maybe – just maybe – our answers will be forthcoming after the first 4Cs hit their respective showrooms. That is, of course, they want to truly hit their 150,000 unit-per-year target by 2018.

That does not mean Jeep and Ram will "stay the course." Jeep will celebrate its 75th anniversary in 2016 with the intent on entrenching their place in the SUV market. By that time, the Compass and Patriot will be replaced by a singular product aimed right at the heart of a growing vehicle segment.

The big news will come by 2018. As a new Grand Cherokee will be introduced the year before, it will spawn a three-row model with a familiar name: Grand Wagoneer. This has been something Jeep has been debating on doing for years, despite the Commander's lack of sales. There will a be lot of expectations put upon the new three-row Grand Wagoneer, as Jeep promises to ensure every vehicle is Trail Rated and fit the brand's image. In the meantime, we should also expect an new Wrangler by 2017.

On a global scale, Jeep is set to leverage a new plant in Brazil to increase volume production within Latin America and for export to other markets. From what was being touted as a new direction for FCA's vehicle production methods, the Pernambuco Project is designed to ensure suppliers are within a very short reach of the plant via a nearby "supplier park." This is nothing new, but it could signal the future of vehicle assembly for FCA globally.

As for Ram, there will be a link keeping all commercial vehicles together under one roof. In combining Ram with Fiat Professional, FCA's commercial vehicles will continue to offer localized products for each region with two global products shared globally – the Ducato/ProMaster and Doblo/ProMaster City. For North America, the strong selling Ram pickup lineup is set for a series of improvements to main its edge in the marketplace. By 2017, we should see the next generation of the 1500 – again, speculation is open as to what these trucks will come up with. Already, the buzz on the Ram 1500 has been the VM Motori 3.0liter V6 turbocharged diesel. That alone enabled Ram to strengthen its position in the segment as the "best in the business."

We will also see new product from Maserati, although they are more integrated with Ferrari. To accomplish the volume goals Maserati set for the near term, it will take product to accomplish. The Ghibli was just the beginning. By 2018, we should see the Levante SUV/crossover, production of the Alfieri concept that was shown at the Geneva Auto Show and a new Granturismo coupe. In all, Maserati’s position in the luxury car market has been cemented, even when complimented by Alfa Romeo and Ferrari.

As far as Ferrari is concerned, Marchionne made one thing quite clear at the Investor's Meeting: It is "not for sale."

The point to all of this is to keep up the growth established from 2009. In 2013, Chrysler sold 2.1 million units – including 60,000 Fiats. What Marchionne envisions is a 48 percent jump in growth by 2018, translating in a total sales volume of 3.1 million units in North America. This is achievable if the economy continues growing past 2016.

However, nothing is guaranteed. That is the concern of several points here. What consumers want is what Fiat and Chrysler delivered over the past five years – product at or around the timeframe they were intended. This would be an issue regarding Alfa Romeo since the carrot – also known as the 4C – has been dangling for too long. Perhaps the key to at least some of this five-year plan is to execute key commitments to product plans and brand solidity at the times shown on each PowerPoint chart.

In terms of where each brand is going – saving Alfa Romeo for last here – my question is with Chrysler being positioned in the mainstream, while Dodge continues to offer the Dart and slated to add a B segment car. This would put the upcoming Chrysler 100 under scrutiny, if it is intended to be positioned into the heart of the compact class. Jeep, Ram and Fiat Professional are indeed safe, as their commitment to brand in relation to their core customer remains on target for the next five years.

Fiat is in dire need of product for their North American Studios, and the 500X will indeed help. What the brand marketing team needs to do is to separate the 500X from its relative, the Jeep Renegade. I feel they could pull this off, as they have with their marketing alone. For Maserati, one would hope they would fulfill their sales targets by adding the Levante and Alfisi to the lineup, as the Ghibli and Quattroporte has gained momentum in the marketplace.

Most importantly, FCA must deliver on Alfa Romeo. Not just in North America, but worldwide in terms of re-establishing the brand and getting the vehicles into showrooms. The 4C must be a priority on a global scale to ensure that the promise of returning to the core of the brand’s legacy to fulfill its goals.

Can FCA pull this off? It has since 2009 under Marchionne's leadership. Even if they are allowed a few bumps along the way, I can see the next five years fulfilled with wonderful new product and gaining leadership in key areas worldwide. All FCA needs to do is simply deliver and execute what they set forth to do.

That is what it takes to write a new book.