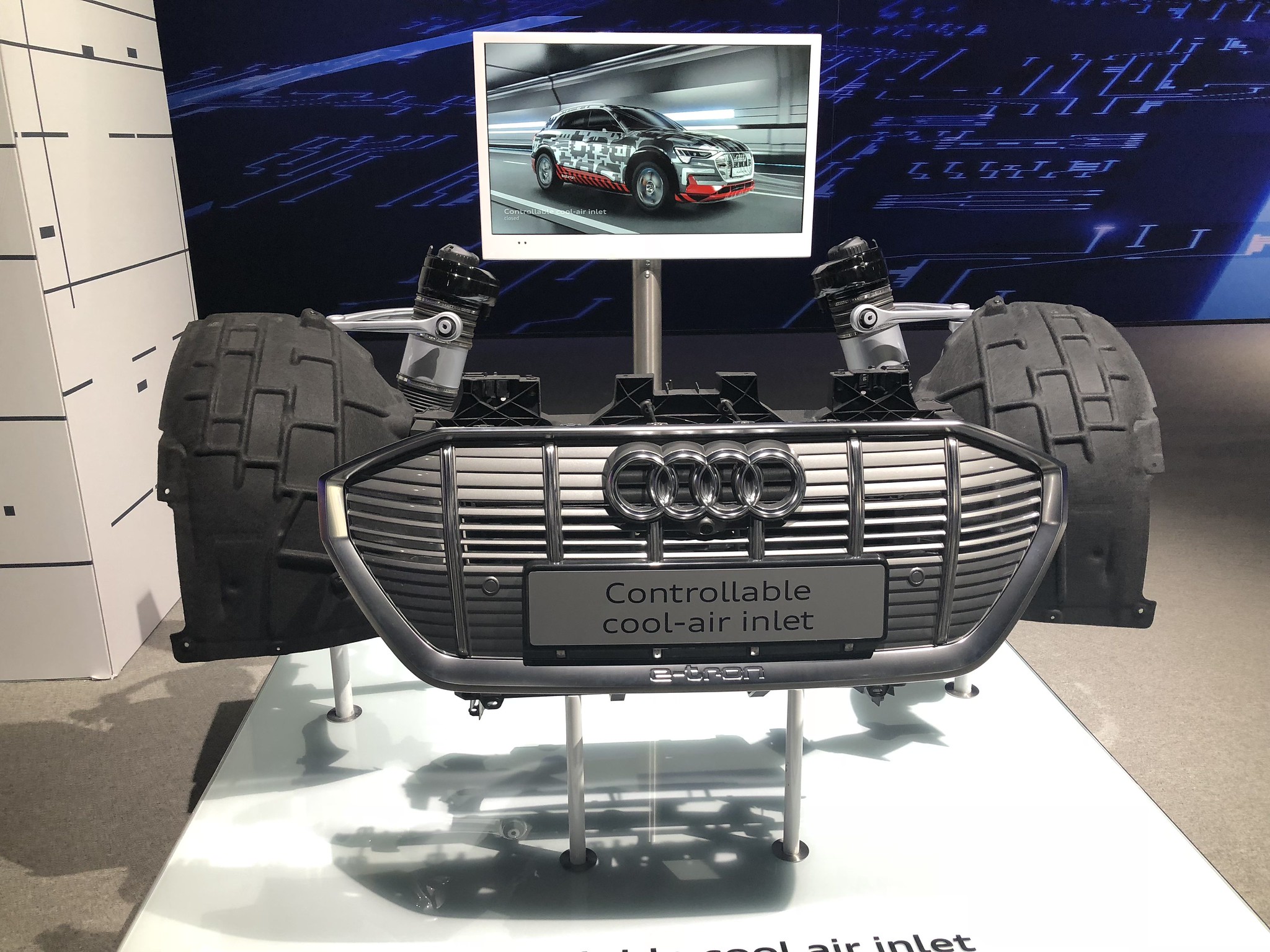 This month alone witnessed the unveiling of two upcoming production full-battery electric SUV/Crossovers and a glimpse at another such future vehicle in the same class. These developments are happening, as another European premium/luxury brand is about to deliver on their full-battery electric crossover.

Electrification is more than just a buzzword. It has become a battle cry in the premium/luxury vehicle segment.

This month alone witnessed the unveiling of two upcoming production full-battery electric SUV/Crossovers and a glimpse at another such future vehicle in the same class. These developments are happening, as another European premium/luxury brand is about to deliver on their full-battery electric crossover.

Neither of these introductions and production plans involves the only enterprise to set the benchmark in terms of full-battery electric vehicles with longer ranges – Tesla.

And, besides, Tesla has too many problems of their own to deal with.

While Tesla has been both revered and beguiled on many levels, Mercedes-Benz, Audi, BMW, and Jaguar have their sights on Elon Musk's automotive-cum-technology enterprise.

These four European brands have their eyes on a singular vehicle – the Model X. With quality issues, questions about the company's fiscal health, and other summary issues surrounding Musk, the window of opportunity opened up for the Jaguar i-Pace, Mercedes-Benz EQC, and the Audi e-Tron to lure potential Tesla customers to more accessible, attractive, and easier to operate vehicles that use existing and commonly accepted charging systems.

This conclusion was made clear when I flew to San Francisco – up the peninsula from Tesla's headquarters – for the world premiere of the Audi e-tron. Instead of "falcon doors" and a large touchscreen that is larger than most Apple iPads, Audi took a more conventional and approachable road towards creating a full-battery electric SUV/Crossover for the premium/luxury customer.

Mercedes-Benz took the same path towards introducing their EQC. Jaguar went with a sportier design while achieving great marks in performance and brand equity. BMW’s Vision iNext concept has also taken a more conventional route even showing a braver face for the brand.

The takeaway from Audi's world premiere is a commitment to not turning off customers who have been intimidated by Tesla’s products and have been put off by the news surrounding the Silicon Valley-based company and its leader. Audi’s playbook is similar to Tesla, as they created a 36-cell battery pack as the e-tron's floorboard. They also ensured that its electric components have been tested rigorously in various conditions for global volume sales. This point ensures that the e-tron is not just a California vehicle – but one sold everywhere, including here in Minnesota.

Perhaps the big point to be made is that you can get your e-tron at your local Audi dealer. Plus, get service, parts, accessories, etc.

Granted, you may be Tesla fans. You will defend Musk's company to the hilt. Same as I’ve seen with Apple folks – your product is superior no matter what anyone else says. You may aspire to get a Tesla. No one is telling you otherwise – it is your choice.

However, I also heard how resistant to full battery electric vehicles. Even from Californians, who have been assumed as most likely to buy one over the rest of the country.

Though we will be seeing a slew of full battery electric vehicles within the next two years, what customers actually would accept as their next vehicle is something that is electrified – with a gasoline engine. They know they will have to plug most of them in, but more vehicle customers want the option to put gasoline into their vehicle and drive longer ranges than current electric-only vehicles.

In other words, Tesla’s battery range and proprietary charging system might not cut it for customers who actually can afford Musk’s products.

Audi did assure us that the option of electrified vehicles with additional power sources (read: gasoline engines) will be there. In fact, one out of every three new vehicles Audi introduces through 2025 will be electrified – either a full battery electric or a hybrid of some sort. The latter has been the case at BMW, Mercedes-Benz, Volvo, Cadillac, Lincoln, and Lexus.

Is just adding an electric motor to a gasoline-fueled driveline the answer against Tesla? If we are talking just plug-in hybrids, the ultimate result has to be consumer preference, acceptance, and purchase. Yet, it is a tough question to answer on a global scale. Customers know they have a choice and they do have preferences. Yet, the trends show that the acceptance of full battery electric vehicles has not been fully achieved. They recognize that they exist, but only a few have made it their priority to seek out and purchase one.

It is not just Tesla looking at an upward battle in fulfilling their vision of a world not dependent on fossil fuels for vehicular propulsion. Yet, Audi and other premium/luxury brands are stating their own case towards that possibility. As long as the product is available – in the case of Audi's e-tron, it is the second quarter of 2019 – the choice will be there. It comes down to whether the consumer will make that choice to go electric or not.

NOTE: This commentary was based on an event Randy attended for a specific manufacturer. Travel and logistics of the referenced event were provided by Audi of America