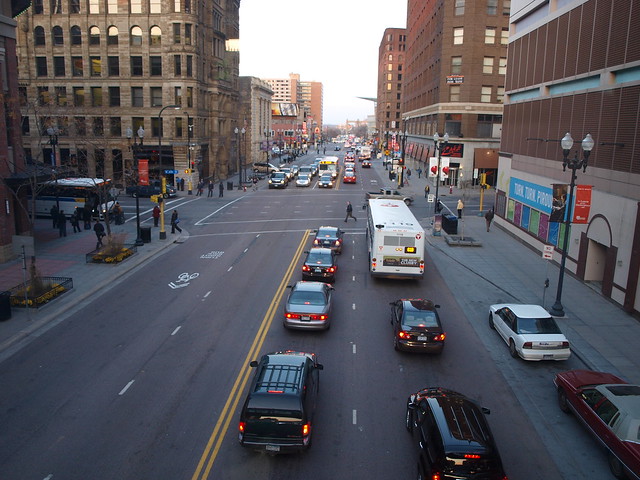 In social media, something will pop up that will spark some form of interest.

It could be a headline – though, some may take caution to determine whether it is a decent article or some click-bait that has nothing to do with the intended subject matter. It could be certain topics that affect the work I do and your readership.

Recently, an E-mail came from my LinkedIn account that did catch my eye. After clicking on the link, I came upon the hashtag #MiserableCommutes. The short piece also came with the title "Longer commutes increasing loneliness." This sounds interesting. Let's see what it says…

First of all, it was a set of statistics – but not without a starting sentence that hits the nail on the head. It is true that the increase in the length of a commute does result in employee dissatisfaction. If we look at major North American cities, where does our worker base live in relation to job centers? Let me get to that in a bit, because there are too many examples of this right near V&R's base of operations of the Twin Cities.

The short article makes its points by using a study by the University of the West of England stating that an increase of 20 minutes on a commute equals to a 19% cut in employee pay when it comes to worker's satisfaction. The Telegraph newspaper reported this – and it's a staggering statistic.

The factors that go into that are numerous. The report cites factors such as an employee's well-being in relation to where they live. Combine distance with the overall cost of living. The result is additional stress, anxiety, and loneliness – all according to this study in the UK.

Keep in mind, this is not just a problem in Britain. This is all too common here in the USA and Canada. Think about those who live in the larger metro areas – Los Angeles, New York, the San Francisco Bay Area, Boston, Chicago, Toronto, Vancouver, and so forth. Consider where the jobs are – could be in the heart of the city or way out in the suburbs. If a worker lives close to their job site, they might be better off. That is an assumption that is not entirely true. You could have issues with your employment whether you commute across an entire metropolitan area or just roll out of bed and fire up your computer to log in.

If we have to drive across town to go to work, look at how we do it. If we drive, we drive alone. We have our infotainment system to keep us sane – somewhat. But, if we have families we care for at home and something happens, then we have to handle this situation miles away from it. If a disaster happens – it's the same thing. The idea of work-life balance could unravel if something that would prevent us from being productive takes priority above all else.

What if you carpooled or took public transportation? Oh boy…let me speak from experience.

There is nothing like a bus or train ride home when you feel sick. I've had commutes that took forever because (a) I wanted to go home, (b) there is no reasonable way to get home, even if you participated in some emergency ride benefit plan that you'd fork out more money than its worth to get home, and (c) the feeling of being claustrophobic in a vehicle you have no control of or know anyone on the same conveyance en route to home.

This was how I felt whenever I commuted by public transportation. Plus, the feeling of being lonely among a group of strangers. Granted, most of my commutes were not the traditional downtown-to-suburbia one. It was within an urban environment with crowded buses, misbehavior, and the feeling there's a lack of safety around me. That confirmed the idea of anxiety as a cause due to a long commute.

Driving is no different. Though you can control your vehicle, you cannot control the undercurrents of health, thought, and feeling. Traffic patterns inducing additional stress from unsafe drivers to congested segments of highway. Thus lead towards additional anxiety. One could argue that because you have “entertainment” on board and the ability to tether a phone to the Bluetooth system, you are indeed not alone, but you could be lonely during your commute. Sometimes having a communication device would induce drama into your commute – something that cooks up a lot of the emotions stated in the aforementioned study.

I specifically mention the Twin Cities for a reason. The distances for even the longest commute are indeed shorter than, say, average commutes in Southern California, the New York/Tri-State area or in and around Atlanta. Yet, they can also seem long due to scale and impact. With things being relative, one who commutes from Hudson to Shakopee by car will experience the same emotions and issues as one who commutes from Moreno Valley to Pasadena or from Tinley Park to Hoffman Estates.

Why do we submit ourselves to adding more stress to our lives by doing longer than necessary commutes for our livelihood? I often asked myself that question in many times during my work life. Is it worth less than a living wage to commute an hour or more by public transit or drive 20-plus miles for work? Theoretically speaking – no. But, how can I tell you “no?” If you have to in order to live, understand the circumstances both in the short and long term.

Until this February, I worked at an employment agency as a staffing coordinator. My job is to handle contractors from the point they accept the offer through to the mailing of their final W2. Without breaking any confidentiality rules, I can recount the occasions transportation has been an issue for these contractors from vehicle breakdowns to not fulfilling the "reliable transportation" requirement.

Even if you live in a different part of the same city as the job site, if you accepted an offer, filled out the paperwork, and reported to the first day of work as required, you should be able to do what you can to be sustainable in your life – to have that work/life balance. I often see the opposite. I see people walking away from a job because they can't do the commute or the job is not worth driving a long distance or spending the time to get to. They are often spurned away by the effort.

Is it their fault? Can you blame them? Not collectively. Employment and getting back-and-forth from there is an individual's journey. They will become disenchanted with the work if the commute is grueling, or if the work itself is not fulfilling to come to the job site when scheduled.

Perhaps I'm lucky. My main workplace is where I live. I will "office" elsewhere if need be. Through my non-journalistic consulting gigs, I sometimes have to go on a client's site. Luckily, one such client is right here in the Twin Cities. Those efforts require some sort of commute, right?

If you are not as lucky and have to commute an hour or so by car or public transit, do yourself a favor and find that balance between the house and the worksite. The happy place where anxiety, stress, and loneliness do not exist. I understand that it is easier said than done, but consider the long-term benefits towards a healthier, happier work-life balance.