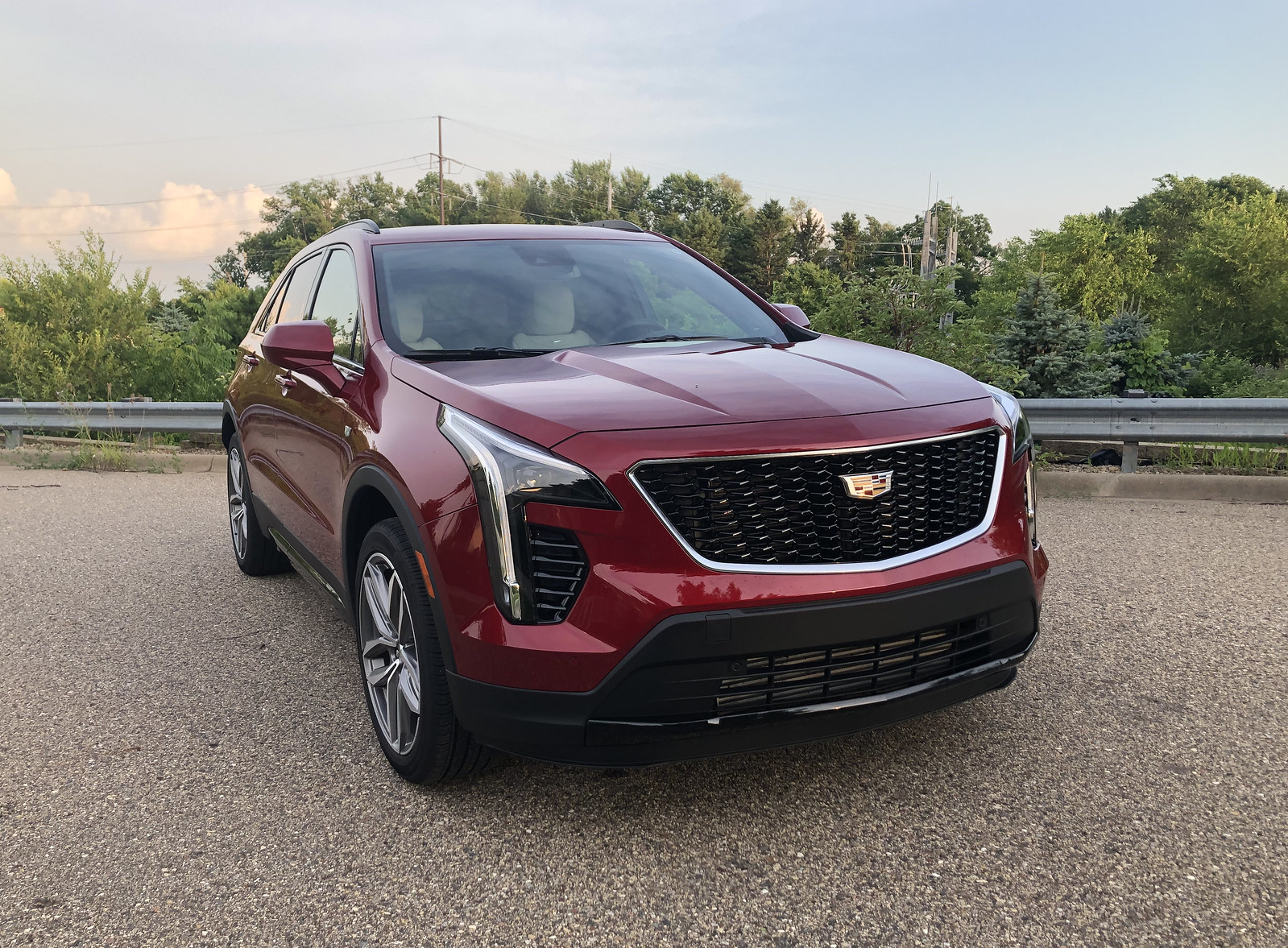 "Standard of the world" dictated a level of luxury one expects from the crest of the Cadillac family as applied to each automobile since 1903. Some would argue that its level of luxury would only be eclipsed by a chosen few – Rolls-Royce, Duesenberg, Pierce-Arrow, Marmon, to name some of the few. It had its contemporaries, such as Packard and Lincoln. Even Chrysler’s Imperial would match Cadillac's level of luxury during its time as the top model in the company’s lineup.

I was six years old when I can recall riding in the back seat of a Cadillac for the first time. It was an experience that could be best described as absolute luxury.

The 1969 or 1970 Cadillac – I think it was a Sixty Special Fleetwood Brougham, but it might have been a Sedan de Ville – wore white leather upholstery that was too good for this middle-class kid from Reseda to sit on. The entire cabin was white, with maybe the exception of the instrument panel. It was a metallic blue – a medium hue, I believe – with a white vinyl roof. It would have been a somewhat common combination for that era.

I also recall that it belonged to a relative on my mother’s side of the family who lived on the other side of the Santa Monica Mountains/Hollywood Hills from us.  A lawyer, maybe? My memory’s fading as I get older…

Nonetheless, riding in the back seat of that Cadillac with my brother was a special experience. It would be the benchmark for which I would hold the brand for decades.

That particular Cadillac spoke to the slogan "standard of the world." It was a byproduct of the two Dewar Awards it received for industrial excellence by demonstrating the engineering behind interchangeable parts and advanced ignition technology that would drive the growth of the automobile throughout the 20th Century.

"Standard of the world" dictated a level of luxury one expects from vehicles wearing the crest of the Cadillac family since 1903. Some would argue that its level of luxury would only be eclipsed by a chosen few – Rolls-Royce, Duesenberg, Pierce-Arrow, Marmon, to name some of the few. It had its contemporaries, such as Packard and Lincoln. Even Chrysler’s Imperial would match Cadillac's level of luxury during its time as the top model in the company’s lineup.

One aspired to own a Cadillac. Its style was never understated. They took the tailfin and made it their own. They took model names and made them legends. Cadillacs were the ultimate prize for success. Driving a Cadillac meant you owned everything.

After my first encounter with that 1969 or 1970 Cadillac, things began to unravel. It was a slow burn for the once symbol of exuberant luxury in America to become an insignificant player in a changing global economic climate. The OPEC Oil Crisis shaped the eventual downsizing of the brand's offerings. America’s upper classes saw the Mercedes-Benz W116 S-Class as the new standard of luxury in terms of engineering and quality. That was just the beginning.

There were moments that kept Cadillac in front of our consciousness. The Seville may have been built on the same platform as the Chevrolet Nova, but its high price tag did not deter new customers from owning one. The first round of downsized vehicles did produce some iconic models that would expand its customer base even further, even in the face of Mercedes-Benz’s encroachment on the luxury market in the USA.

"Standard of the world" was still the rallying call for Cadillac, even as its competitors began to take sales away from them. For a few years, Lincoln was the top brand in the luxury car field in the 1980s. Then came Lexus – a coup for Toyota to jump to the top of the luxury car market with a single leap, thanks to the original LS 400.

Something had to be done. Something had to turn the tide for the once-mighty symbol of American luxury. Cadillac had to do something to make us forget about the blunders they made in the post-oil crisis era. We had to forget about the Cimarron and Catera. We had to forgive the neo-classical design of the second-generation Seville with its standard diesel engine. We had to see beyond its futile first attempt at cylinder deactivation, known as V8-6-4. Yet, we wished that the Allante evolved into something absolutely extraordinary rather than something "too little, too late."

They changed its design approach to Art&Science. This created a new way of thinking around this idea of evolving the traditional tenets of Cadillac style into something much more modern. Still, traditional customers were puzzled. Why chase the Europeans and Japanese with creases and sharp edges while imitating tailfins with vertical taillights?

Another blow to traditional Cadillac thinking was the inclusion of the V Series. While posting up against other performance luxury machines with the letters M, AMG, and S/RS, V symbolized a fusion of good ol' American muscle, Art&Science style, and pseudo-European performance bits. The V models actually worked, but were they really what Cadillac stood for?

In the past eight years, I had my turn with several Cadillacs. One of them became #VOTY13 – the ATS. At the time, it was thought that GM had cracked BMW’s 3-Series code. It remained a good car that no one bought. A shame, really.

The same story with the CTS. I had a couple of them. Again, it was a wonderful touring sedan that was outshined by its European and Japanese competition. That also reflected in sales.

The other two Cadillacs – an SRX and XTS – had their own audiences that were polar opposites. SUVs were proliferating and taking over sales of almost every brand sold in the USA. The XTS would be the last traditional Cadillac with reminders of the DeVille/DTS from the recent past. If you wanted the brand’s temperature, it would be these two vehicles.

A few years ago, the SRX would become the XT5 and continue to sell quite well since. However, the XTS was eliminated this year due to lack of buyers for this once mighty choice of livery companies.

Which brings me to the reason for this missive. Recently, I received my first Cadillac in four years, the new XT4. This compact premium SUV is positioned against the likes of the BMW X3, Audi Q5, Lexus NX, and Acura RDX. There is also a train of thought that it would match up well with the slightly smaller Volvo XC40 and Audi Q3. It is the first Cadillac ever to occupy the small SUV segment.

My time in the XT4 yielded the biggest question of them all: Is this really a Cadillac?

A Cadillac in the sense of what?

That does depend on how you define Cadillac. If you recall living in a time when Cadillac was indeed the "standard of the world" with its elegance, grace, sheer size, and presence, then you would discount the XT4 as a pretender unworthy of that crest badge. If you define Cadillac as the "best" in American luxury, then the XT4 is completely up for debate. Some say that it is the best Cadillac can do towards creating luxury in a segment they have never competed in. Others say that arrived too late to create some sort of impact on the segment and its rivals.

Yet, there are other current Cadillacs that may sway some people’s minds. The Escalade is the closest vehicle that engages traditional customers. The CT6 is a rear-drive sedan that should re-engage with customers looking for luxury that is unique and brand-defined. We can argue over other vehicles across the lineup to whether it lives up to a standard that the brand has once set over a century ago.

I wished I had an answer to this provocative and relevant question. I have my opinions, which may or may not be worth distilling or even espousing. But, it all comes down to Cadillac finding their own identity with the new lineup they are pushing out for 2020 and sticking to it.

Rather, to find a way back to the level of "standard of the world" through innovative methods and a return to a focus towards excellence that was part-and-parcel of the cars that wore the crest and the wreath.