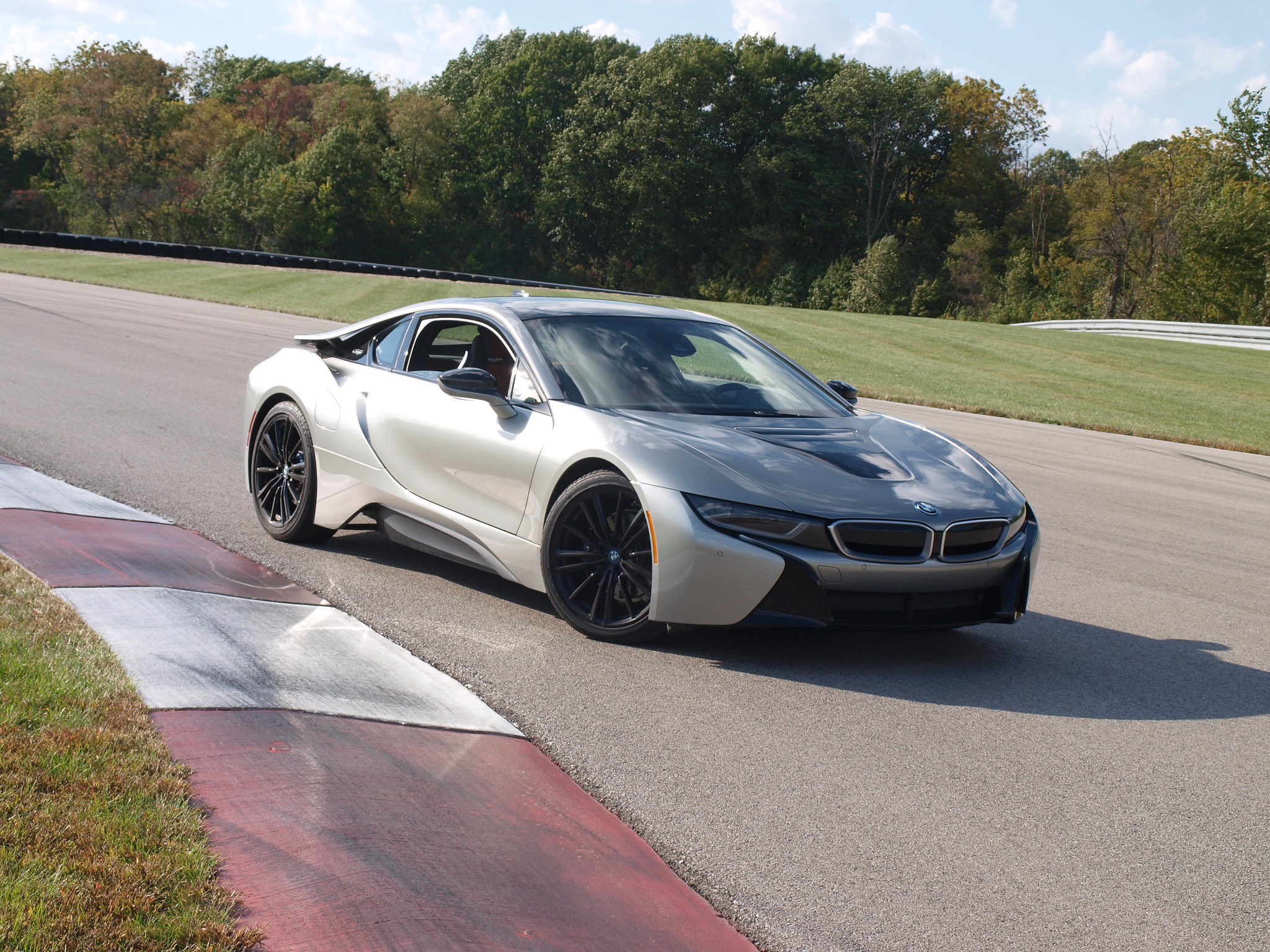 In the automotive world, one expects a certain level of excellence from the products made by the Bayerische Motoren Werke AG. The automobiles BMW produce delivers exactly what serious automotive enthusiasts want: Performance and handling without compromise. It is a reward for the driver who needs an instant dose of vehicular therapy to take on the road in his or her BMW by fulfilling motoring excellence at every corner.

When you see the letters "BMW," what does that mean to you?

In the automotive world, one expects a certain level of excellence from the products made by the Bayerische Motoren Werke AG. The automobiles BMW produce delivers exactly what serious automotive enthusiasts want: Performance and handling without compromise. It is a reward for the driver who needs an instant dose of vehicular therapy to take on the road in his or her BMW by fulfilling motoring excellence at every corner.

For others, it is the ultimate form of snobbery. Some see BMW owners as grown-up spoiled children using their need for entitlement to enjoy their vehicles. Yes, they’re priced more than the average automobile, but plenty of us would question its value in terms of equipment level for the money. There’s a sense of envy on the eyes of those who hate BMW and their owners – always had been over the past 30-plus years.

According to the BBC’s Top Gear, there was once a time when BMW owners were considered to be jerks (for lack of a comprehensible and PG-rated word). This disdain towards BMW owners has since been replaced by Audi owners at least in the United Kingdom. There are other negative messages about BMW owners that also need not to be repeated on this blog.

Why do we love and hate BMW and their owners? How come this Munich-based automotive conglomerate – also the owners of MINI and Rolls-Royce automobiles – receive such divergent opinions when the topic of this brand comes up?

To understand what BMW is all about is to understand that it is more than just a mere automobile company. It is a culture. Some may say it’s a cult – perhaps, a clique. Ultimately, people who love BMW are extremely loyal to the brand, hence understanding the perception of its cult-like following.

There is an essence behind the definition of BMW to everyone that comes within its aura – including its most loyal fans. BMW has always been the "Ultimate Driving Machine." It is the slogan that lured many owners to the Roundel and their signature twin kidney grilles in the first place.

So, what is my take on BMW?

First off, I expect BMW to live up to its reputation as stated in its primary marketing slogan. The essence of a BMW is reflected on what it can do on the road. This is why the 3-Series has the reputation is earned as being the target for the $30,000-45,000 premium sports sedan. This is why the M Cars are sought after amongst enthusiasts.

Yet, enthusiasts will always find things to dislike about some of the products from Munich. Two examples come to mind: The X4 and the X6. Is it because there’s a stigma against a SAV Coupe? An analytical person would look at the sales figures and dismiss them as failures.

We often talk about unconditional love. I always challenge my people to take that to heart when they start excluding people from participating in a community or identifying with a specific culture. Some may believe that the X6 is ugly, somewhat useless on- and off-road and should not have been added to the lineup. Yet, BMW’s loyalists will defend products, such as the X6 and the 5-Series Grand Touring, against all who dislike it. That is what unconditional love is supposed to be.

Owner loyalty and the brand's reputation continues to reap rewards for BMW. In the USA, the brand continues to deliver on strong sales results – even a down year. While more customers have chosen to go with their SAV lineup – any model starting with an X, they only hold an edge on sales over the brands iconic car lines. In all, regardless of whether they sell the most premium vehicles in this country or not – BMW certainly improved their value proposition over the years to get to this point by catering to its enthusiasts as well as welcoming new buyers to the brand.

Compared to other premium automotive brand loyalists – Porsche, Ferrari, Rolls-Royce comes to mind – the price of entry is much lower than you'd expect. You can still get a decent older BMW for not a lot of money and have enough leftover to invest into the car towards getting it back into proper running order.

Over the years of writing professionally, I have learned that one cannot be prejudiced or over-opinionated about a subject without having some knowledge of it. There are some subjects I do not have any interest covering or reviewing, but that is through the process of research and experience. I have a lot of respect for BMW and its owners. Yet, I am a bit more old school than most when it comes to loving its products. My favorite models are the 2002 from the New Class era, the New Six era Bavaria and the E24 6-Series – uncomplicated driving machines that embody what BMW is all about. There are some of today’s BMWs I truly like, such as the Z4 (shared with #VOTY2020, the Toyota GR Supra)…

I have friends who owned BMWs and loved them immensely. It is these owners who inspire me to get in some BMW content from time to time.

Believe me, BMW created some fine machinery for the enthusiast to love, thus facilitating arguments as to their place amongst the automobile phylum. Will these arguments stop amongst my automotive brethren? Probably not.

One thing is absolutely clear: BMW's place at the automotive table cemented for good. You can thank their owners, corporate staff, dealerships and enthusiasts for putting them there. Once you see the Roundel and the twin kidney grilles in your rear view mirror – you will know why.