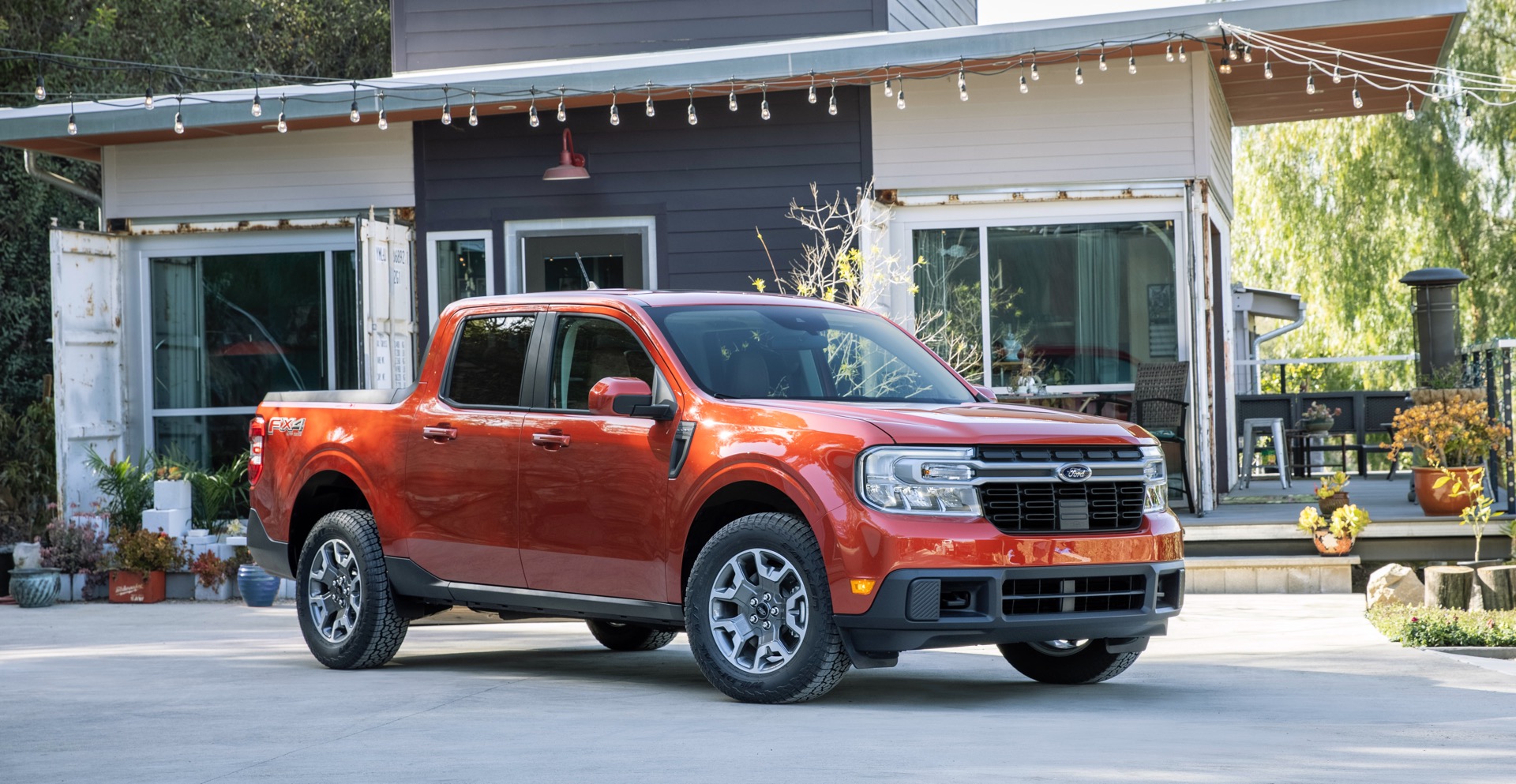 For one, the former compact pickup truck has grown into a mid-size one. Full-sized pickup trucks have grown tremendously, especially when you consider how big the Heavy Duty versions are. Not to mention how prices have soared for pickup trucks – period.

Why is the Ford Maverick such a big deal?

One look at the entire pickup truck market in this country will tell you why it is such a big deal.

For one, the former compact pickup truck has grown into a mid-size one. Full-sized pickup trucks have grown tremendously, especially when you consider how big the Heavy Duty versions are. Not to mention how prices have soared for pickup trucks – period.

Therefore, Ford developed a smaller unibody pickup truck on the front-drive biased platform underpinning the Escape and Bronco Sport SUVs. They gave it a truck-like appearance, including the requisite four-door SuperCrew cab.

The Maverick will have a choice in propulsion. Standard is a 2.5-liter four-cylinder with the hybrid driveline seen on the Escape. This driveline is designed for very light duty service, with a maximum towing rating of just 2,000 pounds. This driveline is available in front-wheel-drive only and has been estimated to get up to 40 MPG in the city.

The upgraded driveline will feature the 250-horsepower 2.0-liter turbocharged EcoBoost four-cylinder engine. This engine was tested on the 2021 Bronco Sport Badlands just recently and could be the pick of the range. Towing will max out at 4,000 pounds and you can get the EcoBoost engine with all-wheel-drive.

One of the big attractions to the 2022 Maverick is their FLEXBED system. According to Ford, it features a multi-position tailgate and power outlets for light electrical items.

The biggest headline that came from the new 2022 Maverick pickup truck is its price. Ford has set the base price at just under $20,000. This new small pickup truck should arrive into showrooms this fall.

Sounds like a great new vehicle for our market, right?

If you think about how this vehicle will make an impact on this market, consider that the new Maverick pickup truck is not exactly a new idea. In fact, it may have yielded more conjoining stories than one would have thought.

Recently, I recalled the time of the mini truck craze. The fact that small pickup trucks were seen as more for fun than work here in the USA was what drove many consumers to its charms.

We also discussed how this segment is not exactly a new one, in which Hyundai claims it is for its upcoming Santa Cruz. The new entry from Korea was seen as more akin to similar vehicles of the past, including the Subaru BRAT and Baja.

Also, one could possibly throw in the fact that Ford once produced a unibody, front-drive biased for other markets elsewhere in the world. The Courier was based on the Ford Fiesta and was seen more as a coupe-utility than a hard-working pickup truck.

If you want to mention coupe-utilities, then might as well add the Ranchero and the Australian Falcon Ute.

With all of that out of the way, the Ford Maverick may have a good chance at success. It has some advantages over the Santa Cruz, in terms of its readiness to go into fleets for work purposes. Yet, Ford expects the majority of consumers will use the Maverick for leisure and active lifestyles.

Which brings up the use of a phrase that has been used to describe the Maverick: A “city truck.” It implies that Ford is looking for a demographic that lives in “gentrified” or “up-and-coming” neighborhoods. It sounds like a campaign similar to how manufacturers sold smaller SUVs and hatchbacks in the last decade or so.

It is also said that Ford is looking at a younger demographic for the Maverick than the Ranger and F-Series pickup trucks. This is not relative to pricing, but rather the potential of a youth movement starting with a smaller pickup truck than an established larger model.

However, that demographic strategy can go the other way. For example, Scion made it their mission to win over the youth market with their marketing, pricing, and financing strategies. For the most part, Scion vehicles were sold to a completely opposite demographic – baby boomers on a budget.

It could mean that the Maverick might sell well in the suburbs – home of the majority of owners of pickup trucks. I have a feeling Ford would be happy with that.

Like the Hyundai Santa Cruz, the idea of the pickup truck will undergo a new thought process for consumers with the arrival of the Ford Maverick. Will it be the small pickup truck we have been waiting for? We’ll know more in a few months time.

All photos courtesy of the Ford Motor Company