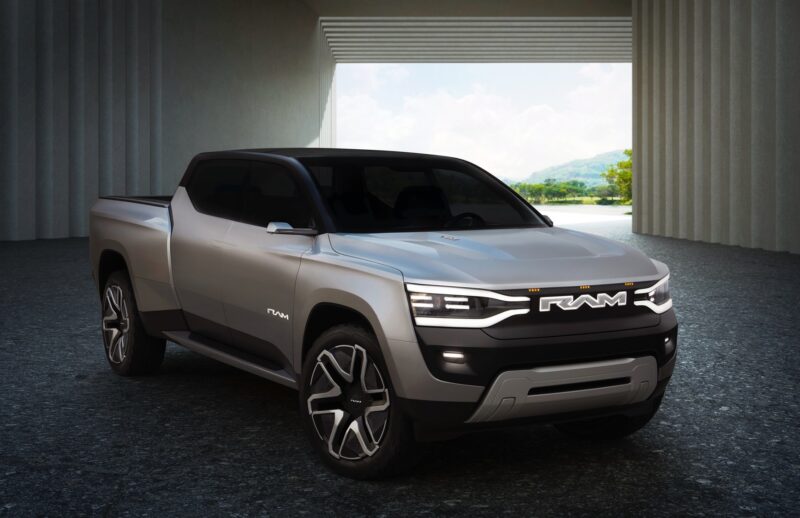 According to the folks at CES, the automobile is the new consumer electronic device. Especially when it is fully powered by a battery pack.

Whenever the Consumer Electronics Show comes up in January, my mind reverts back to what it used to be. The Las Vegas Convention Center was the proper arena for epic battles. Battles between Microsoft and Apple, Kenwood and Alpine, Sony and Philips, Samsung and LG…and so forth.

This year, it was Ram versus Volkswagen.

According to the folks at CES, the automobile is the new consumer electronic device. Especially when it is fully powered by a battery pack. It was trending for a decade that we would be at the stage where the device would have four wheels, seating for at least four, and can be recharged for it keep moving.

That is why this year’s CES welcomed two diametrically different battery electric devices inside the convention hall.

For Stellantis, the Ram Revolution BEV Concept is part of corporate-wide strategy to electrify every brand. With the Ford F-150 Lightning (#VOTY2022), Chevrolet Silverado EV, and GMC Sierra EV staking their claim on the electric full-size pickup truck segment, it was Ram Truck’s turn to showcase what they will take to this battery-fueled fight.

Stellantis took a few steps further than Ford and General Motors on their Revolution BEV Concept pickup truck. For example, they have a third row of jump seats in the cab. The cab is also configurable with a removable center console with a fold-flat surface to create a workspace inside.

While we can only speculate on what the final production model will look like in 2024, the Ram Revolution BEV Concept signals a new benchmark in the segment by pushing the boundaries further.

For Volkswagen, they took a different approach to their Modular Electric Drive Matrix (MEB) platform that is currently available on the ID.4 SUV. The ID.7 is the production-ready prototype of the ID. Aero concept that will sit on top of the sedan lineup for Volkswagen worldwide.

The ID.7 will feature a long 116.9-inch wheelbase that is designed to fit a larger battery pack, as well as to accommodate a larger cabin and cargo hold. Technology will be elevated to include new-to-the-brand technologies, such as an augmented reality head-up display, digitally controlled air vents, and illuminated touch sliders.

A new 15-inch infotainment screen offers a big question mark whether Volkswagen will make good on their promise to make the newest system currently equipped on the ID.4 and Mk8 Golf more user friendly. One would certainly hope so.

The Volkswagen ID.7 will join the Hyundai IONIQ 6 in an effort to bring a battery-electric future to save the sedan segment. That is the news we really needed.

However, the automotive market’s reality was also on display at CES. Volvo showed off the EX90 electric SUV for the first in the USA in Las Vegas. Chrysler also showed a concept of a technology-driven interior that will first appear for 2025 in their new electric crossover currently displayed as the Airflow Concept.

Lastly, the Sony-Honda collaboration towards building a joint battery-electric vehicle has a brand name – Afeela. I mean, it sounds like a Hip-Hop sample. Then again, remember the hate when the brand name Acura was introduced back in the 1980s?

As electric vehicles become a consumable device for drivers, manufacturers recognize that CES is the place to show off their newest technologies and engineering. For each of these manufacturers, one would hope that these new vehicles are not crap shoots – but, real bets to win.