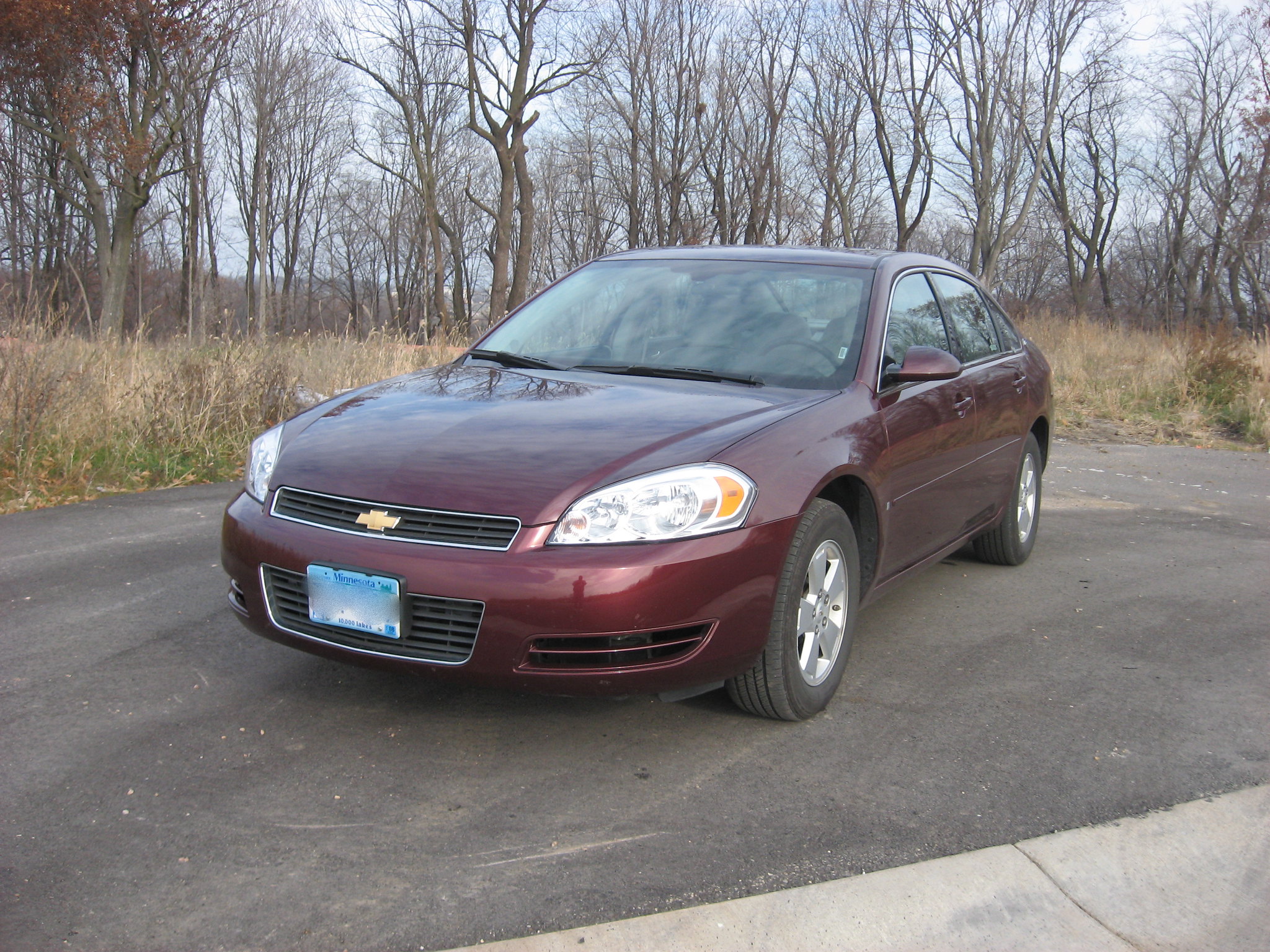 For business and pleasure travelers alike, renting a car seems to be a blessing and a curse.

In places where public transportation is not the primary way of getting around, it is necessary to hire a vehicle. Armed with a driver's license and a credit card, travelers contributed over $23 billion last year to get to where they need to go. Whether it is an office park out in the suburbs or an extended run to the family in a small town a few hours away, the link between getting there and getting anywhere is bridged by a fleet of 1.8 million vehicles across the USA.

The last time I contributed to the coffers of the likes of Hertz, Dollar Thrifty, Avis Budget and Enterprise Holdings (National, Alamo and Enterprise) was in the first quarter of 2011. This practically ended an "addiction" that began in 1985 when a 21-year-old found he could let a rotting car sit at home and tool around in something new for the weekend. Some might point out that, though some rentals were used on trips for both business and pleasure, if I did not rent a vehicle in one of those heavy rental years, I would have had a European vacation under my belt.

However, the renting of cars, trucks and other vehicles also helped frame the work of V&R. In fact, rentals were used as review vehicles before the site rebranded in 2011. They were an expensive way to find out which vehicles I liked better than others.

For this Five Favorites, it is not enough to select five rental vehicles that I enjoyed the most. It is the experiences that went along with them. I could also replace the word "experiences" with "adventures," as some journeys more of an adventure than others. Rarely did I get into a misadventure…from my perspective, that is.

THEY ARE NOT U-HAULS! There were occasions when I had to move my worldly goods across highway miles in rented vehicles. There are some advantages worth citing: For one, If you do not have much to bring, or can compact things in at least a compact SUV, no one really needs a truck with a three-quarters empty box in the back. There is also the unlimited mileage and the freedom to drop at a nearby airport – of, wait, that is somewhat of a disadvantage. However, I did three epic relocations in rental cars just to prove that it was (somewhat) more cost effective than a rental truck. The first was the use of a Chevrolet Lumina to move from Concord, California to San Diego in the summer of 1996. This was followed by a secondary move from San Diego to Long Beach in a Ford Taurus FFV. Needless to say, there was more room in the Lumina for my stuff than in the ovoid Taurus. In October 2000, I went from Falls Church, Virginia to Middleton, Wisconsin in a GMC Jimmy. The last time I used a rental to move was an ill-fated and premature attempt to live in Chicago – using a Mitsubishi Endeavor in 2004. A few months later, I was in the Twin Cities – no rental car used for that last intercity move. In fact, a left a lot of stuff behind in Chicago and moved when I can by Amtrak. Who says you can't relocate by train?

THE MIDNIGHT RIDER: Back in my home state, one fact was taken to heart: it takes at least five-and-a-half hours to go between the Bay Area and Los Angeles. That is, of course, if you take Interstate 5. Though it would be more prudent to drive during daylight hours where the fatigue level is less, I found myself doing otherwise. If you know the territory, there is literally nothing to even consider stopping between Tracy and Lake Castaic. You might as well be driving on the moon. At night, the only places worth stopping at are gas station/convenience stores, a rest stop or a truck stop. But, there is an eerie silence when driving overnight along the western edge of the San Joaquin Valley – a trek accomplish in the likes of a couple of Ford Tauruses (a 1987 and a 1993), a 1996 Chevrolet Cavalier and a 1996 Oldsmobile Cutlass Supreme sedan. The reward for such a drive is to meet the Grapevine by sunrise. Perhaps, I would end up taking a daytime nap at my destination. Then again, I could not wait to see my friends back home (when I lived in the Bay Area) that the adrenalin was too much to even consider sleep. I was young, then.

PHILADELPHIA OR CHICAGO: Two times in my life, I lived in a place where I felt empty – if only for a moment of the time living there. To fill the emptiness, I would have to drive for hours to seek friendship, camaraderie, mutual listening therapy and just a different point-of-view. In the late 1990s, my escape from DC/Northern Virginia was Philadelphia – a two-and-a-half hour shunt on Interstate 95. It would be the usual – a friend would call me to say, "I need to see you." I rent a car, drive up early in the morning and meet said friend at the headquarters of SEPTA on Market Street. After that, Philly was ours to chat, eat and enjoy a leisurely day until hitting the bars. As the Millennium turned, I found myself in Madison, Wisconsin. There, I also found some empty space in that oversized college town. My escape was Chicago – a three-hour or so run on Interstate 90. Moments there were leisurely as I met with friends, saw some sights, partied and simply had fun. The rental cars were plentiful – ranging from Ford Focuses to Mercury Sables. The most commonly used vehicles used in these runs (yes, accounting both DC-Philly and Madison-Chicago) were Pontiac Grand Ams. Name any fleet during the late 1990s/early 2000s and you would most likely end up with one. They did the job, though – temporary satisfaction accomplished.

LOOKING FOR LOVE IN ALL THE WRONG PLACES: In the 1950s, American cars were huge enough to do a lot of things. You take a date to the drive-in movie – even take a few friends. Some of those friends would fit in the trunk, though I would not dare leave them there. The classic scene would be if a couple wanted to be intimate. They would retire to the back seat – big enough to do what comes, ehem, naturally. Silly me to think you could do this in the modern automobile. Without disturbing the balance of the universe and causing upheaval to the point of joining something that would create a file inside the Federal Bureau of Investigation, I will name two cars and you tell me: A mid-1990s Mazda MX-6 and a 1996 Pontiac Grand Am. With that said, let me parse out some advice – get a room.

THE FUNNIEST MOMENT EVER IN A RENTAL CAR: In 1998 or 1999 (I can’t recall, to be honest), I visited some people up in State College, Pennsylvania for a summer weekend. I decided to rent an Oldsmobile Achieva to get up and back from Northern Virginia. The group of us decided to go cave exploration in the nearby mountains. The four of us piled into the Achieva as the weather stated to get damp. After leaving a cave, a bird decided to fly right into the alloy wheel. For almost the entire weekend, I was considered to be a bird killer. For the record, I did not aim for the hapless bird, but perhaps the bird was lost? Or, the bird thought there was food in front of our rented Olds? Maybe, the bird was tired of the nest and figured it was over anyway? Who knows? All I recall was not seeing the bird at all. Yet, everyone else in that damn rented Olds saw that bird fly into the rim – or, one of the big holes of the rim – found the brake rotor (highly unlikely, but, again, speculation) and was no more. It was worth giggling about years later…