Amongst the new fall arrivals. Photo by Randy Stern

It is time to address a joke.

Last weekend, I posted on Facebook something cryptic. It reads as follows: "Tonight, I will be attending something I never thought possible considering where I am at today in my writing career and such…"

Of course, I was alluding to my attendance at last Saturday's Human Rights Campaign's Twin Cities Gala Dinner. I was not exactly ready to spring that upon everyone that morning. However, my friends decided to have a bit of fun at my expense. Therefore, a few of my friends ascertained that the event I was attending was a fashion show.

A fashion show? Moi? You have to be kidding? When I am a fashion plate? Carson Kressley would have a field day with my wardrobe! All I need is just a Killer Bob t-shirt (one that is no longer available, mind you) to make me…ehem…hot.

Besides, we seem to be over Fashion Week and all of the fashionista events one must attend if they want to look "good."

It is however new car season. September used to be the month when all of the new vehicles arrive at the showrooms. In turn, dealerships used to go all out to celebrate the new model year by putting the latest models on display while trying to get rid of the outgoing model year’s inventory. We arrive at the showrooms examining the changes for the new model year. Kids get swag – model cars – while adults dream of their latest new car purchase.

We still get pretty excited about this time of year when a bulk of the newest models show up at our local retailer. Yet, the model year cycle began earlier in the year with early arrivals, such as the latest Nissan Altima, Ford Escape, Chevrolet Malibu, Dodge Dart and other notable 2013s.

What does that leave us for the Fall? What are you anticipating the arrival of amongst a wave of new vehicles introduced earlier in the year in Detroit, Chicago, Geneva, Beijing and New York?

I will tell you what I am anticipating. In that case, I better make this a Five Favorites post. CADILLAC ATS: There is enough "Green Hell" references and global journeying to have our attention since it reared it pretty head at the North American International Auto Show. We know it is supposed to be General Motors' answer to the BMW 3-Series and all comers in this hotly contested premium "compact" sedan segment. But, enough already! Bring on the ATS! Get it into the showroom! Let us see for ourselves what the heck it is all about!

Since January, the ATS yielded no secrets. With three engine choices, both manual and automatic transmissions available and a while host of driving dynamics tricks and treats, the ATS comes with a choice of rear or all-wheel drive right off the assembly line. It also yields some advantages over the F30 3er in terms of interior space, trunk utilization and ease of overall operation. The big question is will the ATS yield some serious sales in this segment. This is why we have been waiting so long to touch one at the dealership. The anticipation has been killing us.

FORD FUSION: It has finally gone global – except for the name. In North America, the new midsized global platform spawned a Kinetic design body that has broken away from the norm in the family midsized sedan class. The Aston Martin-esque grille was may have spawned a new look for Ford worldwide – hopefully without any complaints from Gaydon. But, there is more going on here than the astounding body.

The Fusion was designed to help dethrone the Toyota Camry from its pedestal as the best selling passenger car in North America. To do so, it has to throw away everything it stood for. It threw away the V6 engine and flex fuel capability for EcoBoost turbocharged fours and two hybrids – including a plug-in model. It also threw away conventional Ford wisdom for a One Ford philosophy, since this car will be sold as the Mondeo elsewhere globally. If the Nissan Altima fails to dethrone the Camry – the Fusion just might do so.

Just one caveat – it better fit me. 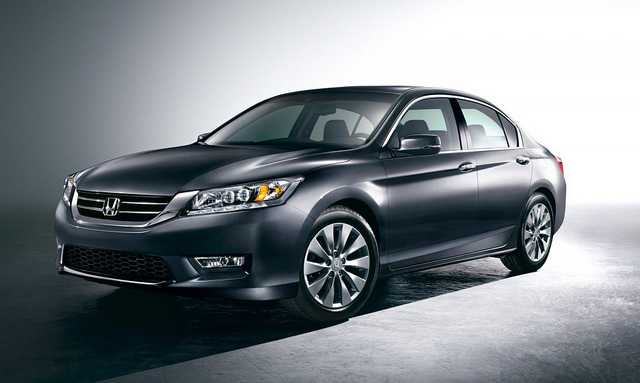 HONDA ACCORD: You laughed. You already said "meh" when you saw the first official images of Honda's family midsized sedan. Some initial impressions quelled the "meh" responses as reports of marked improvement under the hood and along the chassis trumped the evolutionary design trumpeting a smaller body and a larger cabin.

This year, the Accord expands its sedan offerings to include a Sport and Touring trim. Coupes join the fray, as will the first Earth Dream engines and drivelines. A plug-in hybrid joins the line within a year's time. The point of the new Accord is to ensure current owners that it will not bite them. It may even attract conquests as well as doubting repeating buyers. Frankly, the Accord has a lot going for it. It also has a lot riding on it.

LINCOLN MKZ: Yes, Ford is reinventing Lincoln again. Though we are not just talking about a single product here. We are talking transforming the buyer's experience with new approaches to customer service and support, new ways of making the consumer feel more connected to the vehicle. Ford's Jim Farley talked up how Lincoln would advance the luxury car experience…but with what car?

This one. The MKZ wowed a lot of people when it showed up in Detroit. The new Lincoln took the new global midsized platform (i.e. Ford Fusion) and crafted a stunning body and interior over what could be the most sustainable chassis ever developed. Aside from the 2.0litre Hybrid, you can get either an EcoBoost 2.0litre turbo or a 3.7litre V6. All-wheel drive is available on non-hybrid models. Shall we talk about the push-button gear selector on the center stack? Let us see it first… 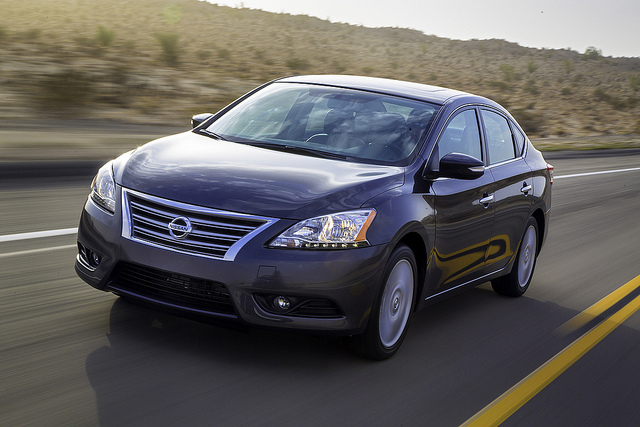 NISSAN SENTRA: No, seriously. We really need a new competitor in the compact segment to play with the Darts, Cruzes, Elantras, Civics, Jettas and so forth. But, seriously, Nissan needs to have a proper player in this ballgame to ensure the company’s relevance in the marketplace. Consider this a cross between the Versa sedan and the new Altima – fitting just perfectly with the promise of Pure Drive efficiency, the latest Nissan design language and other potential class leading superlatives already lavished on the Versa and Altima.

From its new 1.8litre engine, connected to either a manual or the Xtronic CVT, the Sentra touts high efficiency of you choose the S FE+ or SV FE+ models. Normal S, SV, SL and SR consumers should enjoy the handsome silhouette and smartly designed cabin. The point of the Sentra is to nudge Nissan into the compact fray and sell as many as they could build at the Aguascalientes plant in Mexico. If everything were executed well right off of the bat, every compact would have to yield to a new segment leader.