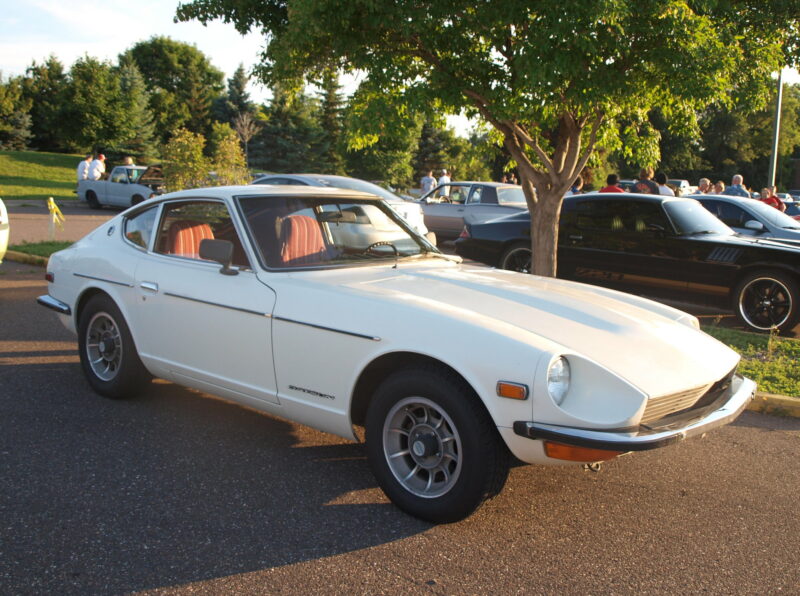 Dr. Frankenstein is a genius!

Of course, we know he is a character that pops out during this time of year. A symbol of horror films dating back to the silent era, the scary doctor creates life from a hodgepodge of parts. All you need is an organ playing that induces fright and fear to carry this out. The result is one of the most popular characters to ever grace your front door on October 31.

If you are a hardcore automotive enthusiast, you may have played Dr. Frankenstein in your own way. You are the one who applied a new grille to your project car. You installed a cold air intake or switched out the chip to make the motor hum a bit better. You also insisted on swapping out the audio system’s head unit or applying a different finish to the dashboard.

What was once an unhappy first owner car became you creation. And, it's alive…ALIVE!

Thinking about this, we always had the idea of a project car. It is a car that would see the light of day after rescuing it from uncertain death. Some former derelict vehicle rescued deserving a second life as a concours entrant or a track day special.

If I was Dr. Frankenstein – or, the guy who knows how to work a wrench – what project cars would I taken on? What purpose would I want this particular project for? How would I go about the project? What would be the end result?

This calls for yet another Five Favorites with a slight nod to Halloween. Let me throw the switch on the following:

1971 DATSUN 240Z: It is one of the best sports cars ever made during my lifetime – in my opinion, of course. I would consider an old Z for track day use or invading one of the car meets in the area. It is a classic worth preserving. Because it is a Nissan, they are rather easy to work with, provided that parts exist for a 2.4litre in-line six and the Z itself. All the Z needs is to ensure that the carbureted six-cylinder is running smooth and connected to the car. Everything else would need a once over – suspension, brakes, gearbox, the body and the interior. One could go for a full-on restoration job, but I would rather have this as a garaged spring-to-fall weekend runner. I would also need to tweak it for the track, if I choose. Further suspension and brake modifications would be needed for its run at Brainerd International Raceway. An early Z is one of those icons that need to be kept in the consciousness of enthusiasts for a very long time. A perfect project car, if I must say.

1981 FIAT 2000 SPIDER: Why would I want to do something that had a reputation for poor reliability as a project car? First off, it is a Fiat! Secondly, it is a Fiat by Pininfarina! Thirdly, it is a roadster. Why not? There is a lot to be done to ensure some form of reliability. Luckily, there is a network of Italian car enthusiasts who share information on what to do and which parts are needed for the job. Depending on condition, the focus must be on the engine. It might need some modifications to the fuel system and inside the engine itself to ensure proper operation. Everything would need a thorough go-through – from the gearbox to the body and chassis. Lastly, the minor touches need to come into play. The convertible top is the utmost of concern. It will have to undergo a complete remake to ensure protection from the elements and correct operation. This will not be a track car, though the Spider would easily kick butt on one. This is for the car meet and the occasional drive along the Mississippi. The fact that one would want to preserve the Spider's elegance by keeping it mainly stock is a twist one probably not consider of it simply threw the car onto one of those $500 racing series.

1979-92 FORD MUSTANG: One thing I learned from owning a Mustang II is how the mighty horse had fallen. When it went on the Fox platform, there was a glimmer of hope that the ol' pony would continue to honor its past. Mustangs remained on the Fox platform for quite a long time, but that generation appeared to be forgotten. The brought the 'Stang back to basics and returned the V8 to its rightful glory. They are not hard to work on, as parts are available. Though, I would throw plenty of caution in the wind when locating proper restoration parts for this generation as junkyards are drying up with them. Being "in the know" helps, but I would recommend another path: Getting real creative! That means buying a whole new engine and transmission for the body. The Coyote 5.0litre V8 sounds like a great idea, but I would stick to the Modular 4.6litre V8. The suspension, brakes, steering and electrics are also easy to swap and upgrade. Interiors would need to be worked on, but Recaros seems to work best in a custom job. A new set of tires and rims would top off the project, but try to stay within the original GT specs to ensure proper wheel travel while maximizing grip out of the solid rear axle. This would be a true Frankenstein machine to have a project car.

1981-1986 MERCEDES-BENZ 300SD: On the heels of the W116, the W126 became iconic in the world of luxury sedans – the most successful S-Class in the brand’s history. It was a modern interpretation of the S-Class at a time when it needed modernization. Though it kept plenty of the three-pointed star's design elements, the 1980s never felt more luxurious. The hallmark of Mercedes-Benz is its diesels. They tend to last a very long time. Another thing you might not know about these same diesels are its ability to be converted to use biomass fuel. The 3.0litre five-cylinder turbocharged diesel has been a test bed for biodiesel of all grades – even up to B100 or 100% biomass. The first thing to do is make sure the engine and driveline are in good shape. Any repairs would probably need to be done before conversion. It would need an overhaul to ensure that it is not a leaker, as some Mercedes diesels of its time had been known to do. The entire fuel system needs to be changed to eventually take on the biomass fuel. A once over of the entire car would help, too. Perhaps it would be nice to have the old S-Class looking as stately as possible. I would prefer to return it to original stock condition, if possible. It would probably need a few full tanks of Ultra-Low Sulfur diesel to get the system going before conversion. That way, the system is used to new fuel. Conversion would take adding another tank for waste vegetable oil and a second fuel system converging with the first. Other forums say you can run biomass mixes without a second tank as long as the fuel system is overhauled. I might try the latter and stick with B20 from one of those co-ops out in the rural areas.

1991 ACURA INTEGRA: Of course, I would choose a car I once owned for this list! The reason is simple: It is simple to work on. To work on the engine is easy with a few shortcuts, thanks to the great folks at Honda. What makes the Integra worth working on is the pipeline of parts available thanks to the network of enthusiasts for this car. For the Integra to see a track, it is easy to swap struts for a tighter ride and tires for grip. The engine is reliable enough and should really stay stock – or completely worked on to remain stock. Body modifications are not my thing, as it is already aerodynamically efficient. One thing to watch for on this generation of Integra is the seat fabric. They do wear quite easily. You could re-upholster them or replace them with Recaros – your choice. Not sure about Recaros, unless I am serious about taking it to the track.