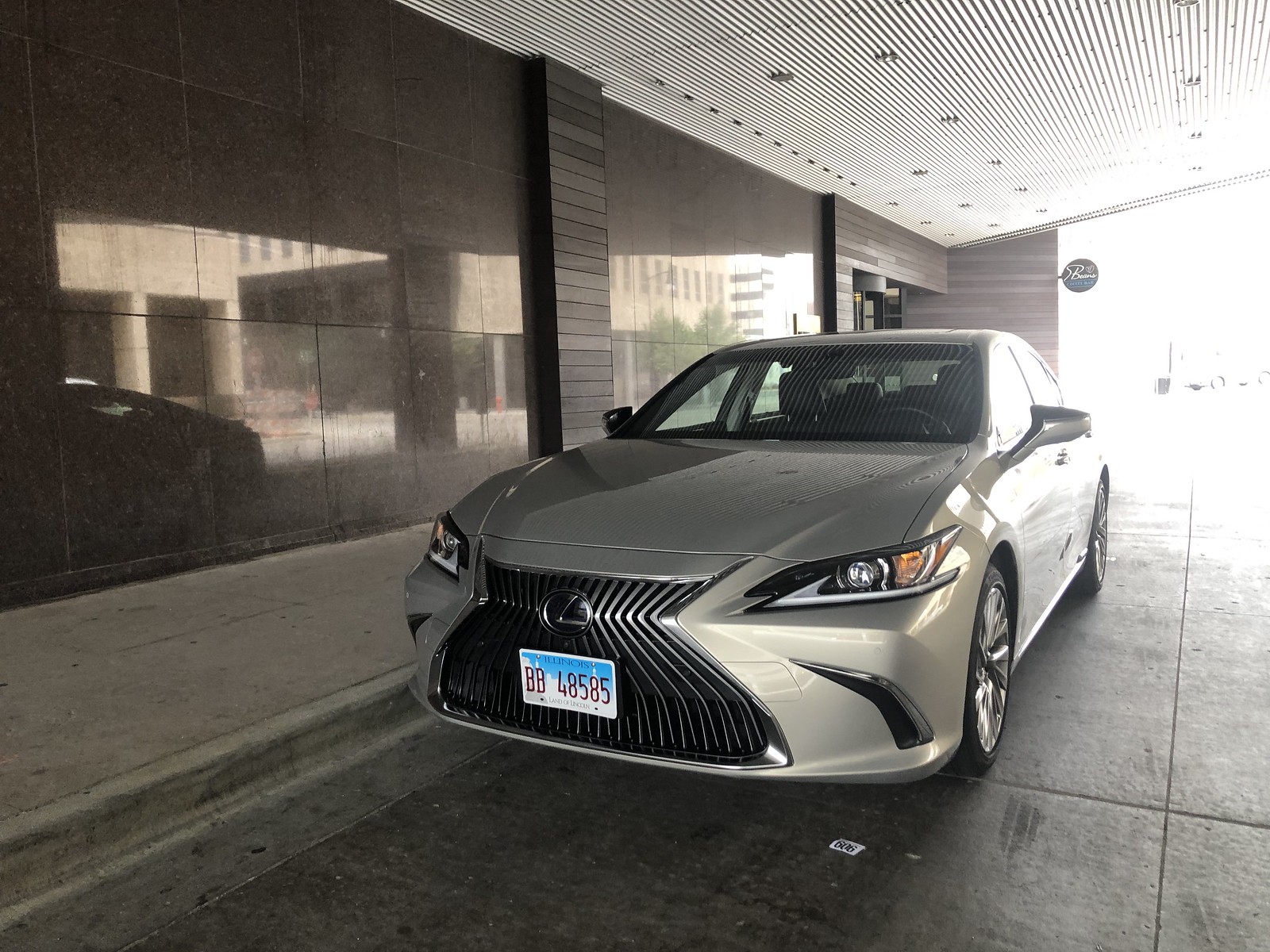 Consider what other vehicles were considered for this road trip story. Actually, I have forgotten most of the choices, except for a 2019 Toyota RAV4 Hybrid Limited. It does have the same driveline as the ES 300h – the 2.5-liter gas-electric powerplant with a continuously variable transmission – but with the addition of all-wheel-drive. However, I thought about the impact on fuel economy, as SUVs and crossovers tend to yield less than their sedan counterparts.

After being driven back-and-forth to Fargo, North Dakota for the Big Gay Pride Road Trip (for other outlets, mind you), maybe we should consider the 2019 Lexus ES 300h for a moment.

Consider what other vehicles were considered for this road trip story. One of those vehicles offered to me was a 2019 Toyota RAV4 Hybrid Limited. It does have the same driveline as the ES 300h – the 2.5-liter gas-electric powerplant with a continuously variable transmission – but with the addition of all-wheel-drive. However, I thought about the impact on fuel economy, as SUVs and crossovers tend to yield less than their sedan counterparts.

Not to mention, the higher center of gravity and the fact that I did not need all that space offered in the RAV4 Hybrid. The ES 300h was more than adequate to do the job. Therefore, I went with the Lexus.

Well, of course I would choose the Lexus! Why not? It’s a Lexus!

In the eight years since my first media fleet-supplied vehicle, Lexus remains a cornerstone of this work. It is a luxury brand that continues to engage its customers without the arrogance of their European rivals. This 30-year journey for Toyota’s luxury brand sees no end in sight, thanks to strong sales and an equally strong lineup.

I should also mention that the ES is all new for 2019 from the ground up. Based on my last review of this mid-sized luxury sedan – in the V6 non-hybrid version – it was a superb leap in progression to fulfill its place as one of two original offerings for Lexus.

The trim level for the ES 300h selected for this road trip was the Ultra Luxury trim level. Similar to the ES 350 tester back last October, this package adds a host of standard equipment while upping the luxury factor to near-LS 500 levels. This combination of the Hybrid driveline and the top luxury trim level made more sense for two reasons: comfort and efficiency.

Both reasons were not only points well taken, but were proven absolutely correct.

The newest Lexus ES is a study on how to make something better by elevating the experience. Having driven in several of the latest Lexus models – including the ES 350 mentioned earlier – my ES 300h was indeed an elevated experience. It was as I drove in Business Class with a contoured comfortable seat, easy access to controls for infotainment and other key functions. Having improved controls for audio, cruise control, and the information screen in the instrument binnacle on the steering wheel were also a huge factor in making this journey painless. I should also mention the informative and wide head-up display making the drive distraction-free.

My colleagues have never been fans of the infotainment system on any given Lexus. I am of the few who is fine with it. What I learned from this system is to be familiar with the controls and preset everything you need to make your journey easier. The trackpad is fine if you only need to do a few things on the wide 12.3-inch screen. I had Apple CarPlay as my primary audio and navigation tool, which included voice recognition and some finger control on the trackpad.

The other thing one needs with this infotainment system: patience. I was in no hurry to get up to Fargo, so patience played a huge part in ensuring ease of operation.

The reward for patience and control is a beautiful soundtrack. My ES 300h had the Mark Levinson audio system with its 1,800-watt driver and 17 speakers keeping me going as the miles faded away.

Let me go back to that driver’s seat for a moment. My goal was to have a vehicle for this journey that would not bother me as I drove up to Fargo and back. These seats were comfortable, supportive, and did not induce any fatigue at all. I found a driving position that would not add more stress to a body that had gone through hell a few months earlier.

As I mentioned before, the Atkinson-cycle 2.5-liter four-cylinder gasoline engine and its companion electric motor are considered the best hybrid driveline sold in this country. It is a well-balanced driveline that offers plenty of refinement and performance when needed. The gasoline part of the driveline had been updated for the new ES 300h, increasing performance to 215 total system horsepower between the two motors.

The electronic continuously variable transmission worked like a dream. The transition between the gasoline and electric motors were seamless and the shifts were smooth. The entire driveline felt at ease on the highway, responding to lane changes without hesitation and keeping pace with traffic. It also helped to have a good adaptive cruise control system to ensure that pace and monitors in-lane traffic ahead.

If we want to talk about making things easier, you should check out the Panoramic View Monitor on the 12.3-inch widescreen above the center stack. If you are bad at parking, this is a must-have feature on your ES (or any vehicle that offers it). It will save you from curb rash and being put on social media shame groups.

One thing I had to turn off in my journey was the Lane Keep Assist. Sadly, it felt quite indecisive and I had to fight for control of the steering wheel. Once I turned it off, I had excellent on-center and in-lane control with great feedback from the road.

The big part of this equation was the fuel economy. It is worth noting that highway driving is less efficient than city driving, but only by a hair. Overall, I yielded a fuel consumption average of 43.2 MPG.

If one thing stood out on this roundtrip journey between the Twin Cities and Fargo – approximately 230 miles each way – was the ride quality of the ES 300h. It was smooth, handling the roughest parts of the road. It made my drive extremely comfortable and enjoyable. This was one of the biggest considerations when picking the right vehicle for this road trip story. With that in mind, my expectations were exceeded.

While in Fargo, I received some feedback from the hotel staff as they presented the car whenever I needed it. They actually loved it. One person said she never drove anything like it. Looks like the ES 300h won over more than this road-tripping journalist.

One of my colleagues in Chicago pointed out that you can still travel by sedan rather than a crossover/SUV these days. This is very true. Solo travelers should consider a sedan when they do an extended journey for various reasons. Compared to a crossover, you do get better fuel economy in a sedan. You also get better ride quality and comfort – perhaps that is a true reflection on the ES 300h.

Also, it is worth noting that this was not the first Lexus I took on a road trip. The other two models – a 2015 LS 460 with all-wheel-drive and a 2017 LX 570. It is safe to say that this particular road trip was accomplished in a car – a Hybrid that turned 43.2 MPG nonetheless – that was simply just right for the task of keeping me comfortable while turning in an efficient drive at highway cruising speeds.

So, yes, you can take a road trip is a luxurious hybrid sedan. Perhaps a Lexus ES 300h? I would say so.