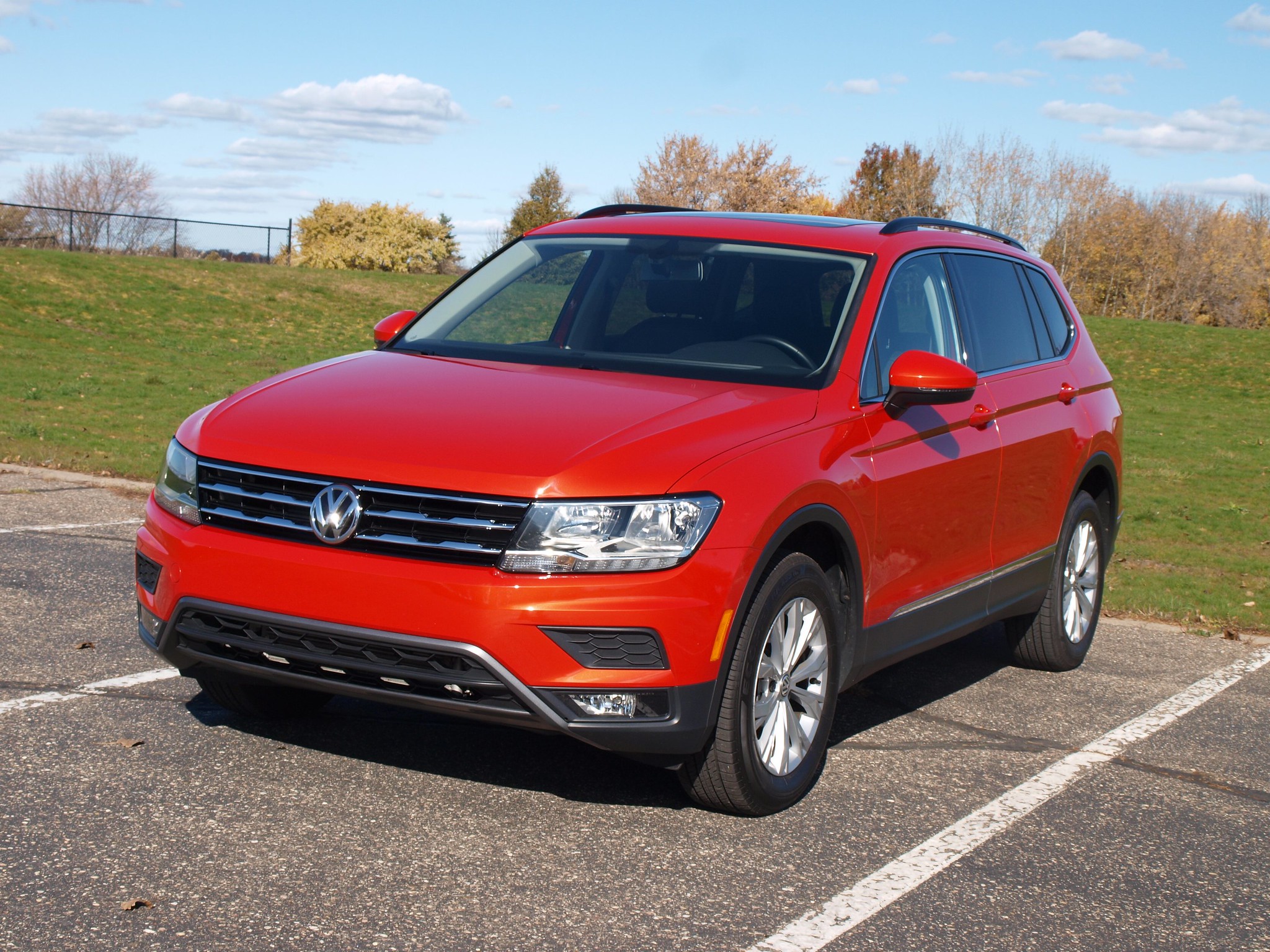 A Vctory & Reseda review of the 2018 Volkswagen Tiguan

Compact SUVs and Crossovers are what the mainstream want to drive.

I hate to repeat myself, but it's the truth. The entire market has acquiesced to a normalcy that is both necessary and disturbing. Let's face it – we can't change consumer habits.

In some conversations I had with industry people, fellow media colleagues, and others, one truth came up as to the core reason for the rise of the SUV. It has to do with the Baby Boomer generation. They all told me that Baby Boomers are concerned about their short- and long-term physical health. Therefore, this group of consumers found that they were more comfortable stepping up into an automobile, rather than stepping down into one.

SUVs provide the step up, along with higher ground clearance and a great command of the road visually. They also provide superb interior and cargo space for their family, friends, and future passengers using their beloved ride-hailing app.

That explains everything! People would rather climb up and in rather than the traditional step-down approach to motoring…

Before I rant about this consumer bombshell, I have an SUV to review – an important one, at that!

This could spark another couple of rants, but I will refrain from doing so. The introduction of the 2018 Volkswagen Tiguan to the North American market reflects current market trends in its class. The step-up approach is a given. Yet, to sell a larger Tiguan than before is a point that Volkswagen had to address to compete with the segment leaders.

Back in its home continent, Volkswagen introduced two Tiguans – in short- and long-wheelbase versions. They both reflected current European market trends as Volkswagen customers wanted a choice as to how many people they want to haul around. For Europeans with more than five people in their family, the long-wheelbase model – called the Allspace on the other side of the Pond – features a third row of seats.

Volkswagen figured that the long-wheelbase Tiguan would be ideal for North American consumption. It is larger, offers more space and competes directly with the Honda CR-V, Toyota RAV4, and Nissan Rogue. Plus, customers in the USA and Canada can get the choice of a two-row or three-row configuration.

It seems that Volkswagen truly had our customer base in mind for the new Tiguan. Or do they?

The Tiguan shares a common design language seen on the latest Volkswagen models – plenty of folds, a bit more squared off and sharper lines throughout. Some have called this a bit awkward looking. Considering that many SUVs have something "awkward looking" about them, perhaps this may just look "normal."

It does have some positive attributes. The 109.8-inch wheelbase is longer than a lot of its competitors. It is designed not just for the third-row seating, but for a smoother, more balanced ride. The doors open wide, with the rear ones being the longest in its class. Big doors mean better access into the Tiguan – a huge win for families.

My SE 4MOTIONtester came in a cool Habanero Orange color, though the 17-inch wheels give it a more basic look. I appreciate the taller sidewalls, especially in winter and off-highway situations, but one would prefer a more stylish look for a larger wheel. Also, this tester had the halogen headlamp units, rather than the LED ones found on the SEL model. Good thing it came with fog lamps for better illumination at night.

Step inside and you will see some of the big steps Volkswagen is making in terms of interior design. The instrumentation is improved, with a TFT screen in-between the two big dials. SEL Premium models offer the new Digital Cockpit instrument cluster that is a full TFT screen with full customization for the driver. The Digital Cockpit is supreme in execution and information semination, yet you would have to pay much more for the privilege. The regular instrumentation works fantastically, as it carries the excellent readouts Volkswagen us known for.

The seats are sized well, wrapped in the SE's leatherette upholstery. There is some bolstering and support in the front seats. The second-row seats tend to be a bit flat in terms of comfort, but there is a lot of leg and headroom. My tester was the second-row model, which offers 37.6 cubic feet of space behind the rear seats With the rear seats folded, there are 73.5 cubic feet available. If you choose a three-row model, you will lose 4-7 cubic feet of cargo space overall.

Powering the Tiguan is a 2.0-liter TSI turbocharged four-cylinder engine. While the 184 horsepower rating puts in the middle of the class, it is the 221 pound-feet of torque that puts the Tiguan on top. Turbo lag is minimal and throttle response is quite good. A new eight-speed automatic transmission connects this engine to a permanent 4MOTION all-wheel drive system.

The 4MOTION system had its work cut out due to a drop in temperatures and some inclement weather. AS bridges and onramps froze, I set the 4MOTION system into Snow mode to help with traction. Though the Tiguan danced a bot due to those frozen surfaces, the drive system kept it out of danger. Maybe a second set of winter tires would be the difference towards overall grip.

A huge plus for the Tiguan was in the kind of fuel economy it turned in. In my time with the Tiguan, I averaged 29.5 MPG. That's pretty darn good!

The long wheelbase on the Tiguan is its best asset. Not only does it allow for more seating and cargo space, it helps smooth out the ride. The Tiguan rides comfortably and works hard to absorb imperfections on the road. You will notice some lean and roll through the cloverleafs and turns, but the Tiguan is built for greater stability and handling when it needs it the most. Though I wished for better winter-friendly all-seasons than the Bridgestone Ecopia tires shod on this tester.

Steering-wise, it's OK. The wheel provides some feedback from the road, but I would love a bit tighter turning radius to do the work. I also wished for a thicker rim on the steering wheel. Then again, I'm probably asking for the Tiguan to be a GTI or Golf R rather than an SUV. However, the brakes certainly match the essence of Volkswagen. They are sharp in stops with superb pedal response and feed. It also offered great stops in normal and panic situations.

The Tiguan lineup starts with the S trim in front-wheel drive. The base price for that model is $25,345. My SE 4MOTION tester came with a sticker price of $31,775. The new Tiguan also come in SEL and SEL Premium versions, with pricing climbing towards $38,000. However, you can still get the previous generation – and shorter – Tiguan Limited for the rock-bottom base price of $21,995.

Considering how important this segment is for all manufacturers playing in it, one must truly understand why Volkswagen went with their long wheelbase model for the North American market. It is because it wants to the be the choice in its class. It has all of the superlatives to take the top spot – longer wheelbase, a choice of two or three rows, the most torque in its class, and a superb infotainment system.

Having driven almost all of its competitors – the latest Honda CR-V appears to be quite elusive at this time – the Volkswagen Tiguan is the best vehicle in this hotly contested class. Even Cars.com agrees with me.

You might even agree with us. Perhaps it is worth stepping up into one.