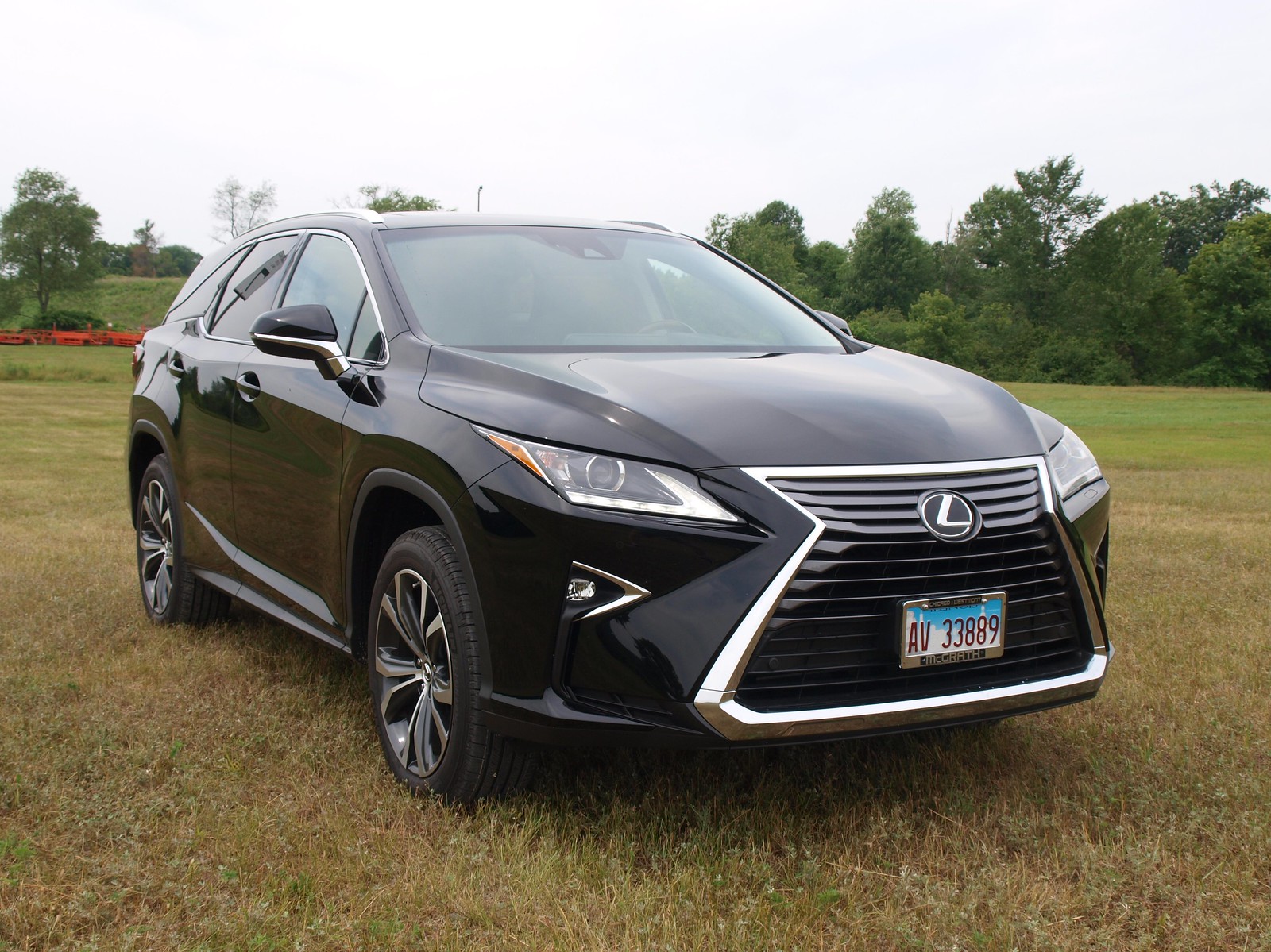 What if you can sell a three-row version of a very popular crossover/SUV?

Since 1998, the Lexus RX was the standard bearer for the premium mid-sized SUV/crossover. The 2016 model year ushered in the fourth-generation of this popular model for Toyota's luxury brand. Since its inception, the RX has always been a two-row crossover made for nuclear families.

However, Lexus had been besieged with requests for a three-row SUV/crossover to compete with the likes of the Audi Q7, Acura MDX, BMW X5, Volvo XC90, and Infiniti QX60. The result is the RX L.

What does the "L" really mean?

To find out, I took out a tape measure to see the difference between the regular RX and the longer RX L. For starters, the RX is stretched by 4.3 inches overall, with no change in the wheelbase or length of the rear doors. The height is lower by about 0.4 inches. Rear legroom has been reduced from 39.1 inches in the regular model to a minimum of 30.3 inches in the L. This was done to accommodate the third row of seating. 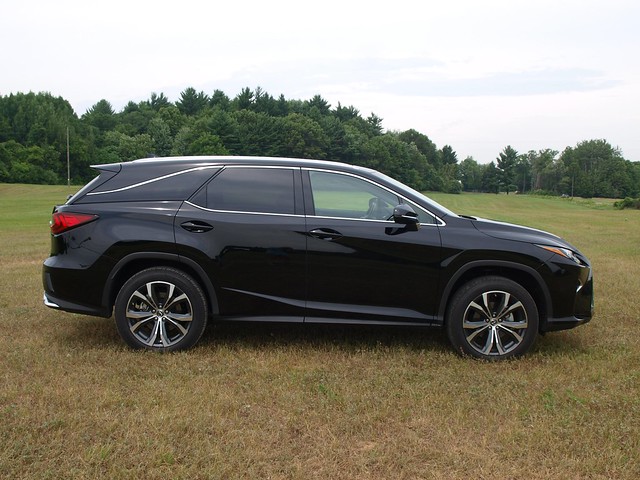 The most noticeable difference in the RX L over the regular RX is the angle of the rear roofline and liftgate. The liftgate has a steeper angle, compared the regular RX. Lexus retained the same "floating roof" glass with a larger blind spot area completing the C Pillar.

Everything else on the RX L is the same as the standard RX. The Spindle Grille forms the front end, with six lighting units – two slim headlamp units, two LED daytime lights, and two fog lamp units. The rest of the body is sculptured all the way to the rear. Not to mention the same sculptured look continues around the rear with its taillight design and tailgate details.

Interior-wise, the RX L is no different than the regular RX. The driver space is clearly designed for one to operate the vehicle in an engaged and relaxed manner. As I stated in my original review, the instrument panel has a straightforward binnacle with large dials and a customizable TFT screen in the middle, along with a short center stack for the audio and climate controls. The infotainment screen is placed inside of a deep cowl with excellent eye contact position. My tester had the wide 12.3-inch screen made to be multifunctional through two sections. 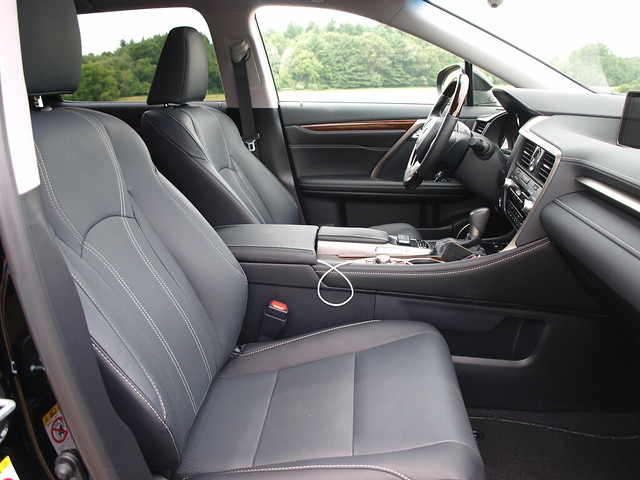 The Remote Touch controller is positioned ahead of the gear lever, which sometimes makes for a challenge to operate the RX 350L. Once you mastered it, you should be able to go through the menu items on the system just fine. This tester had the standard audio set-up that still provides great fidelity throughout the cabin – no matter the number of seats available. There is also the connectivity of Enform through its mobile apps and services, including the handy Destination Assist call-in service to get directions downloaded to the vehicle. This will come in handy for those getting lost on their road trip.

There is a further explanation of the second-row/third-row setup. First of all, the second row does slide for rake, which can still emulate the legroom of the shorter RX when the third row is down. It is also part of the system allowing access to the third row. Truthfully, the third row is designed for children to sit in the back – with or without a child seat.

If there is an advantage to going with the RX L than the regular RX is cargo space. If you take just four people on a road trip, the space behind the second row is perfect. The longer roofline and deeper cargo depth help to load luggage, souvenirs, camping equipment, or that rare antique find safely in the back. 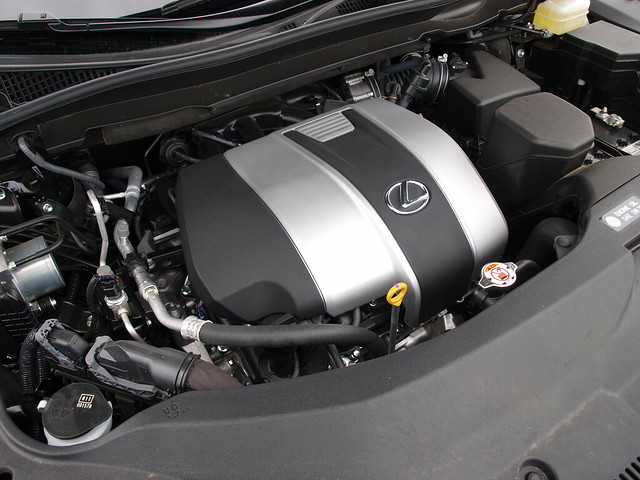 My RX 350L tester has the 3.5-liter V6 that have motivated many RX models in the past several years. With 290 horsepower on tap, the RX 350L pulls pretty decently. This engine is connected to a smooth shifting eight-speed automatic transmission sending power to all four wheels on my tester. I also saw a fuel consumption average of 23.2 MPG.

I found the ride quality to be smooth for the most part. It does a good job absorbing road imperfections competently. You will find some roll/lean through the turns, but it does react quite well to evasive maneuvers. The steering is fine and can turn pretty tightly when it needs to be. On-center feel is soft, but the Lane Departure Alert with Steering Assist helps to keep everything in-between the lines. The brakes are fine, with good pedal action and response. Stopping is OK in both normal and panic situations.

Lane Departure Alert with Steering Assist is just one of several safety features on board this RX 350L. Other safety features on my tester include the Pre-Collision System and Pedestrian Detection, Intelligent High Beam, Blind Spot Monitor with Rear Cross Traffic Alert, and All-Speed Dynamic Radar Cruise Control. 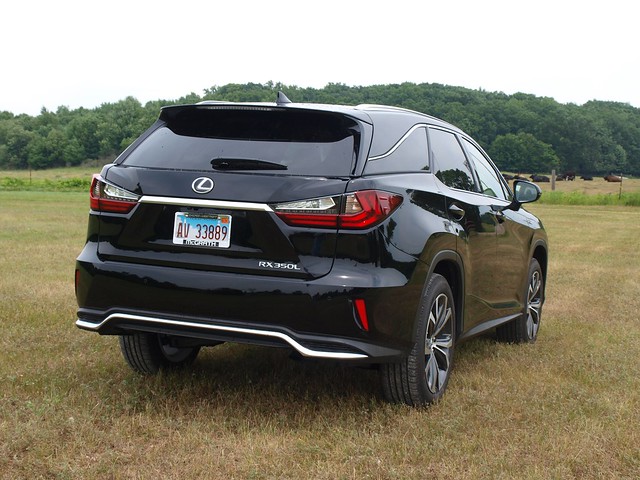 The Lexus RX continues to be the leading model for the brand. The RX L will add to this leadership by providing an additional row of passengers, as well as expanded cargo space. The drawback would be if you really need third-row seating. For families with small children, you can use the third row with child seats and bring an additional 2-3 more along for the ride.

Did Lexus do the right thing by adding a third row to their popular RX? Maybe. The truth is that if you had four people, a lot of luggage or camping equipment, then it would be just fine for a nice road trip – like the one I was on with this RX 350L. You could simply go with just the regular two-row RX, but that expanded cargo space looks quite tempting for a week away from home.