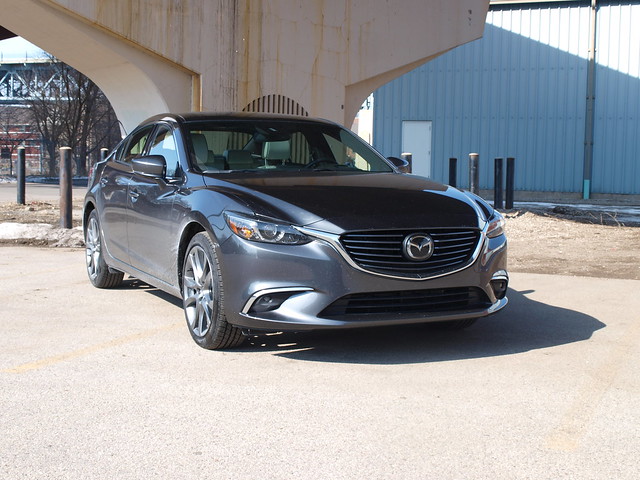 In June of 2013, I was introduced to what would become a staple of this work in the automotive media.

It was a car. Moreover, it was a car that would cement a love for a brand that has been an integral part of this work. In a segment where seating five adults would be enough to claim as many units sold per year, the latest generation of the Mazda6 showed that you can do exactly that and engage enthusiasts, too.

The trick is to do all of this at a reasonable cost.

For every model year of this generation, a Mazda6 would show up for me to work with. Sometimes, I would have to place it in context of a different story, while keeping the car in mind. At least this is a good car to create a story around.

What would make this 2017 edition different than the rest? For this model year, Mazda has equipped a new piece of engineering deep in the bowels of this car and the smaller Mazda3. They call it G-Vectroring Control.

It is Mazda's application of optimizing "vehicle dynamics control." The principle is to use the engine – Mazda's 184 horsepower 2.5 liter Skyactiv four-cylinder engine – to assist in providing improved levels of steering, handling and ride quality. Mazda took eight years to develop this system that adds no weight to the car, while improving an overall driving experience. The GVC system works better when road surfaces are not the best. The other principle of this system is where the road gets rough, the better the system works to improve the driving experience.

You might think it's all masterful trickery. In practice, it actually worked. Want evidence? 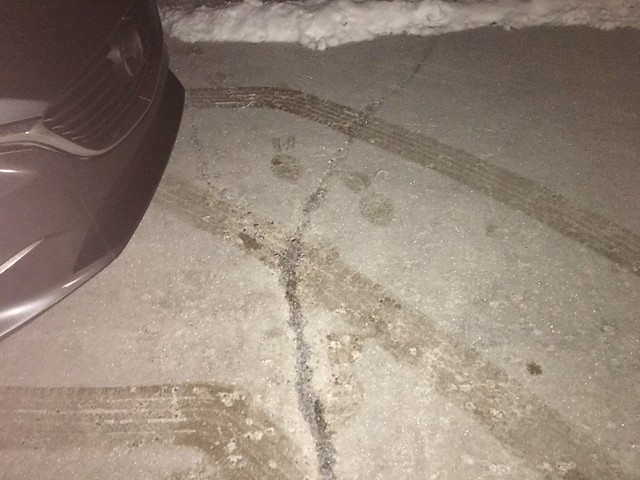 The photo above shows a peculiar set of tire tracks. There was a light dusting of snow on the ground, which could cause some traction issues to the most sensitive automobile. One would think we're probably seeing the automotive equivalent of the geoglyphs seen on the Nazca Desert of Peru. It could be that the G-Vectoring system corrected the steering behavior of the front wheels to straighten up the car for its backended parking job.

On dry surfaces, especially on nice challenging curvy roads, the G-Vectoring comes into play. Handling and cornering is improved, though I was concerned when the colder air temperature affected the road. Still, knowing the limits of the car helps in getting the most out of the G-Vectoring system.

Wet roads also challenge the G-Vectoring system. Again, this s not about applying grip to the surface, but controlling the functions necessary for maneuvers that sometimes aren't done cleanly. The G-vectoring system worked to keep steering tight and precise, as well as ensuring the Mazda6 operates optimally under control.

Therefore, the 2017 Mazda6 is all about G-Vectoring. Well, yes, but the story is this car continues to evolve at every turn. Having four of these over the period of almost five years brings a new revelation on what I still consider the enthusiast's choice in mid-sized family sedans. G-Vectoring is the latest chapter in the Mazda6 story, as it further enhances the driving dynamics of this car. However, there is a larger story to explore. 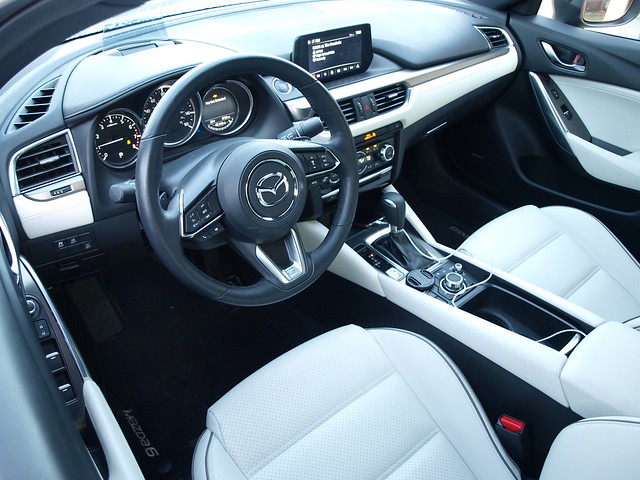 Mazda has been on a trajectory to elevate its status as an automaker. The newest CX-9 was the first effort towards bringing the brand upmarket. Its current lineup is ripe for this move upward, but to which levels?

One thing I always point out about the Mazda6 is that it already had upward aspirations from its introduction in 2013. Every time I get behind the wheel of the Grand Touring model, I always notice the attention to detail on the seats and controls. Lately, there is the addition of a TFT screen on the right "dial" of the instrument binnacle. I also noticed improvements in Mazda Connect – the infotainment system housed on the tablet-like screen on the instrument panel. I will always point to the knob and subsequent buttons surrounding it.

I also make note of the styling. The KODO – Soul of Motion design language has brand equity and have worked in Mazda's favor. With a new wave of KODO styled Mazdas being hatched, I hope that the next 6 is more evolutionary in retaining its sexy lines and alluring details. We can argue about whether the Mazda6 is a sexier package than any car you want to compare it with. This argument is already won.

This is where the arguments and nitpicking come in. The sloping roof might limit rear headroom for taller people. The engine needs more performance. It could use all-wheel drive. That LED light surrounding the grille of the Grand Touring is a bit ostentatious. All silly statements to make, really. 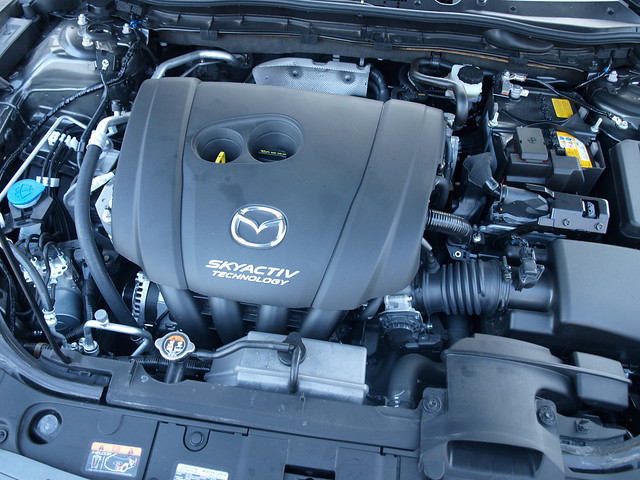 You know, the back seat is really comfortable and offer great leg room. The engine delivers great performance and response, along with it six-sped automatic transmission. It also shows when it returns solid fuel economy. For this 2017 tester, I returned 29.4 MPG. For that all-wheel drive argument, refer to my comments about the G-Vectoring system. Or, just get snow tires in the winter!

As for that LED surround light, consider what Mercedes-Benz is doing with their illuminated three-pointed star seen on recent models. We'll take the Mazda's LED light instead.

There is another bit of business to discuss. For Mazda's upward trajectory in status as a brand, some folks expressed concern that they would not be able to afford their higher value vehicles in the lineup. For $34,530, you get a fully equipped Mazda6 Grand Touring. If you wanted, say, a comparable BMW 320i sedan equipped with the same level of equipment as this Mazda6, you will spend $9,000 more. That means you are indeed paying more for the badge and the extra year of basic warranty cover. 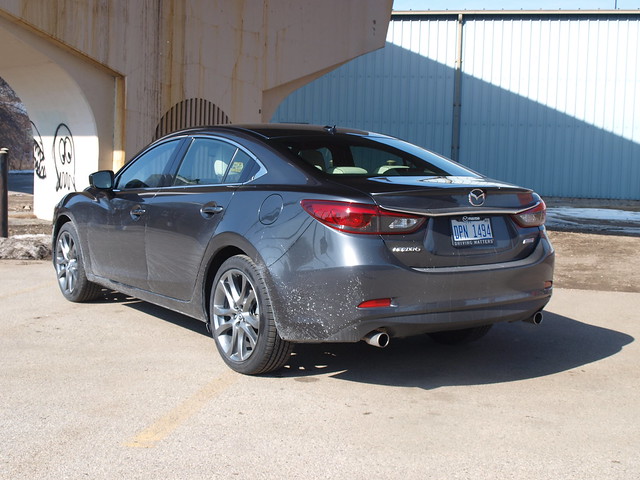 Does G-Vectoring make the Mazda6 even better than before? Immediately, yes. It also remains one of the better cars in its class – the right choice of enthusiasts. That also bears repeating this time around.

It is still one of our favorite cars.