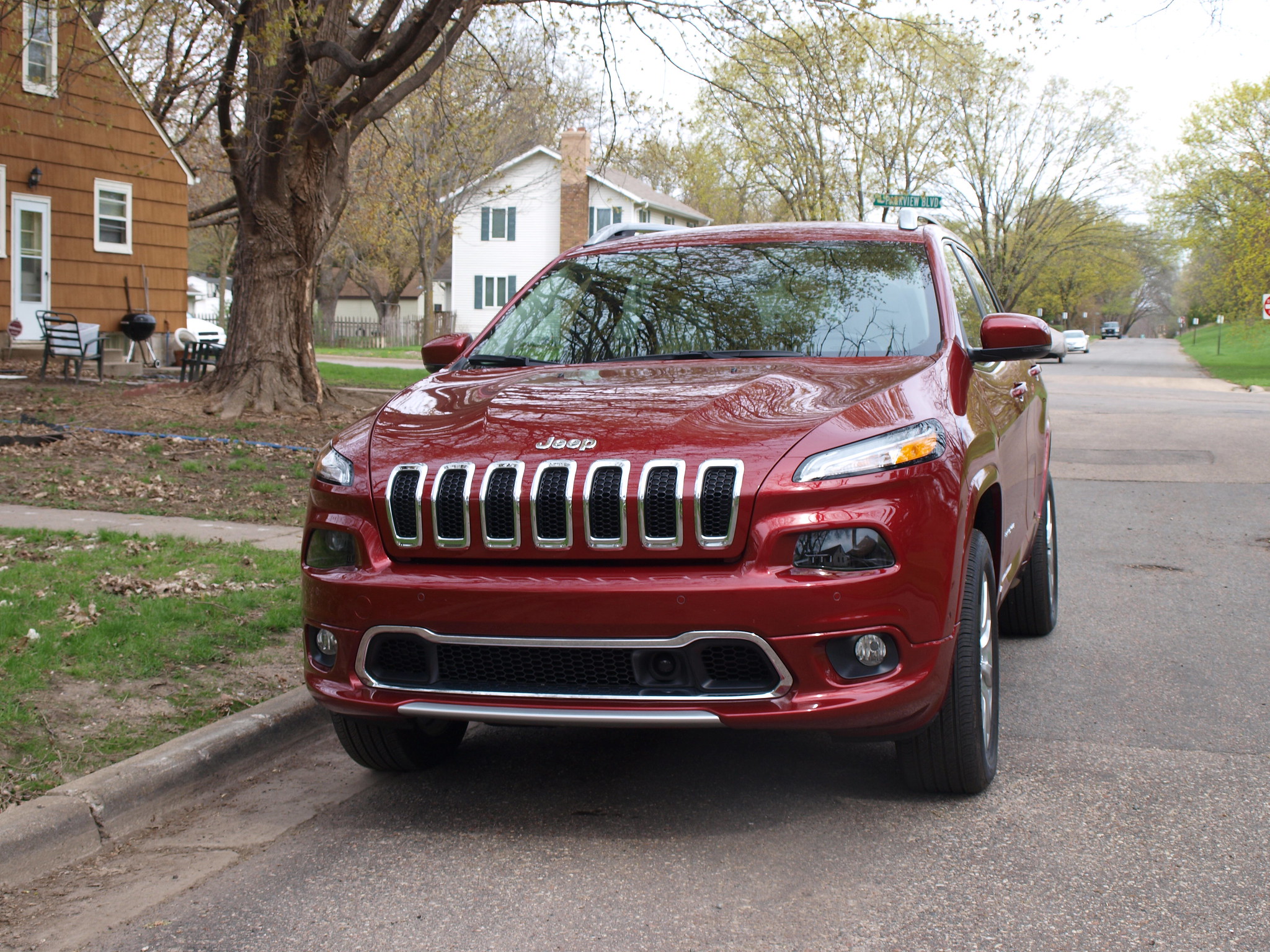 Let me get off my chest: Haters are gonna hate no matter what you think.

It is a pervasive truth that has dogged the Jeep Cherokee. When it was first shown in photos back in 2013, the "peanut gallery" had a field day with this new SUV. With a month before its unveiling at the New York International Auto Show that year, a Greek Chorus of automotive media and enthusiasts went on a social media way with each other either deriding or defending the upcoming new Jeep.

The litany of mixed snap opinions continue. It continued with two Cherokees – a four-cylinder Latitude and a V6 version of the same trim. Last year, I welcomed the Trailhawk version, which is really the one Cherokee to get above all. Even with its most capable version, the court of social media opinion still rings out its crowing call against the most provocative design ever produced for mass consumption.

Is being provocative a bad thing? A look at the Cherokee's sales figures tell a different story. In 2015, Fiat Chrysler Automobiles sold over 220,000 Cherokees in the USA alone. Last year, that number went down to over 199,000. In Canada, FCA sold over 32,000 Cherokees last year. In all, consumers are actually taking delivery of what some people think is an ugly vehicle that has snubbed tradition in favor of modern styling.

We are a visual people – I get it. The first thing we see is the exterior. We forget what's under the hood, the advanced technology and engineering that is intertwined with its DNA, the interior comfort and space utilization…and so forth. Then, our memories run in a short term. We see enough of these vehicles to become immune to their presence.

Heck, its owners swear by them! That is indeed a victory for FCA and Jeep.

Still, there are those who are stuck on their hatred. If you are one of these people, let me present another Jeep Cherokee to you.

This one is a bit of curiosity, but based on a related success. The new Overland trim was added for that extra luxury touch on the Cherokee. This paean to Jeep's past was proven successful for the larger Grand Cherokee. It helped elevate the big Jeep SUV into battle with luxury mid-sized two-row SUVs. It also helps to have more capability than its rivals. This is the big selling point for Jeep above Audi, BMW and the like.

For the smaller Cherokee, the Overland's package of luxury was fitted with a higher grade of leather, specific Overland badges and much higher content than the previous top-of-the-line Limited model. It also includes more monochrome paint on a specific lower fascia and elsewhere, with brighter chromework elsewhere. The steering wheel gets an upper plastic-wood surface above the two main spokes.

I bet you're wondering what the Overland badge mean and why does it pertain to Jeep's history? Let's go back to its beginnings before the Japanese attached Pearl Harbor during World War II. When the Department of War was awarding contracts to an all-purpose, small vehicle with four-wheel drive and high capabilities, an automobile manufacturer on the wane gambled its fortunes on getting this contract. It was ready to introduce a small new car that would be the basis of future hot rods in the 1950s. But, the 1930s were not too kind to this Toledo, Ohio car firm.

Willys-Overland was that company. It never had done such a vehicle before, but it went to the drawing board and showed the military brass that it could built it at the volumes it required. In 1941, they were awarded the contract to build this vehicle, along with Ford. By the end of the war, Ford went back to building warmed over pre-war cars. Willys-Overland converted their war veterans into civilians.

As Jeep went through the hands of Kaiser Industries, American Motors, Renault, Chrysler and now Fiat Chrysler, it evolved from a basic idea to compete on many arenas. The Cherokee's timing was right as it's mission was the disturb the hottest segment in the automotive marketplace – the compact SUV.

Perhaps I have something to prove with this 2017 Jeep Cherokee Overland then!

Compared to other Cherokee models, the Overland offers a different kind of vibe. It is the distinctions that create that atmosphere of upmarket aspirations. It is American luxury wrapped in the Cherokee's own skin. In addition, the pearl colored Nappa leather is great to the touch. This is offset with a rich brown trim on the dashboard and the carpets.

Under the hood is the Pentastar 3.2 liter V6 – originally designed for the Cherokee. With 271 horsepower, it does a good keeping the Cherokee running in traffic and on the open road. For the time I had this vehicle, I averaged 21.9 MPG.

It all sounds like a great package. That is until you see the sticker price. This particular Cherokee Overland came complete at $41,975. While this touches the pricing of more premium models, such as the BMW X3, Audi Q5 and Mercedes-Benz GLC, many view the Cherokee as more of a "mainstream" vehicle, compared to the likes of the Honda CR-V and Ford Escape.

This is where it gets interesting. It could open up a can of worms that would require a commentary on this site. The short of it is that Jeep wanted to explore more premium markets, as the larger Grand Cherokee has been often compared to Land Rovers and even Mercedes-Benz, Audi and BMW models. The Overland trim level came from the Grand Cherokee, where it set a standard for midsized SUVs in terms of luxury content and execution. I get why Jeep (and FCA) wanted to add the Overland trim to the smaller Cherokee – to expand the vehicle's reach upward.

No matter this SUV does, haters are still going to hate. People will comment on the design – in particular the front end. People will point out its shortcomings. And, people will go insane over the sticker price of our tester. However, if you were not one of the hundreds of thousands of Cherokee owners that have taken delivery of one since its arrival into Jeep showrooms, then perhaps you should cease trolling this very successful SUV.

Just accept that face that Jeep Cherokee is here to stay. Oh, and try the Trailhawk version sometime. You might even love it.