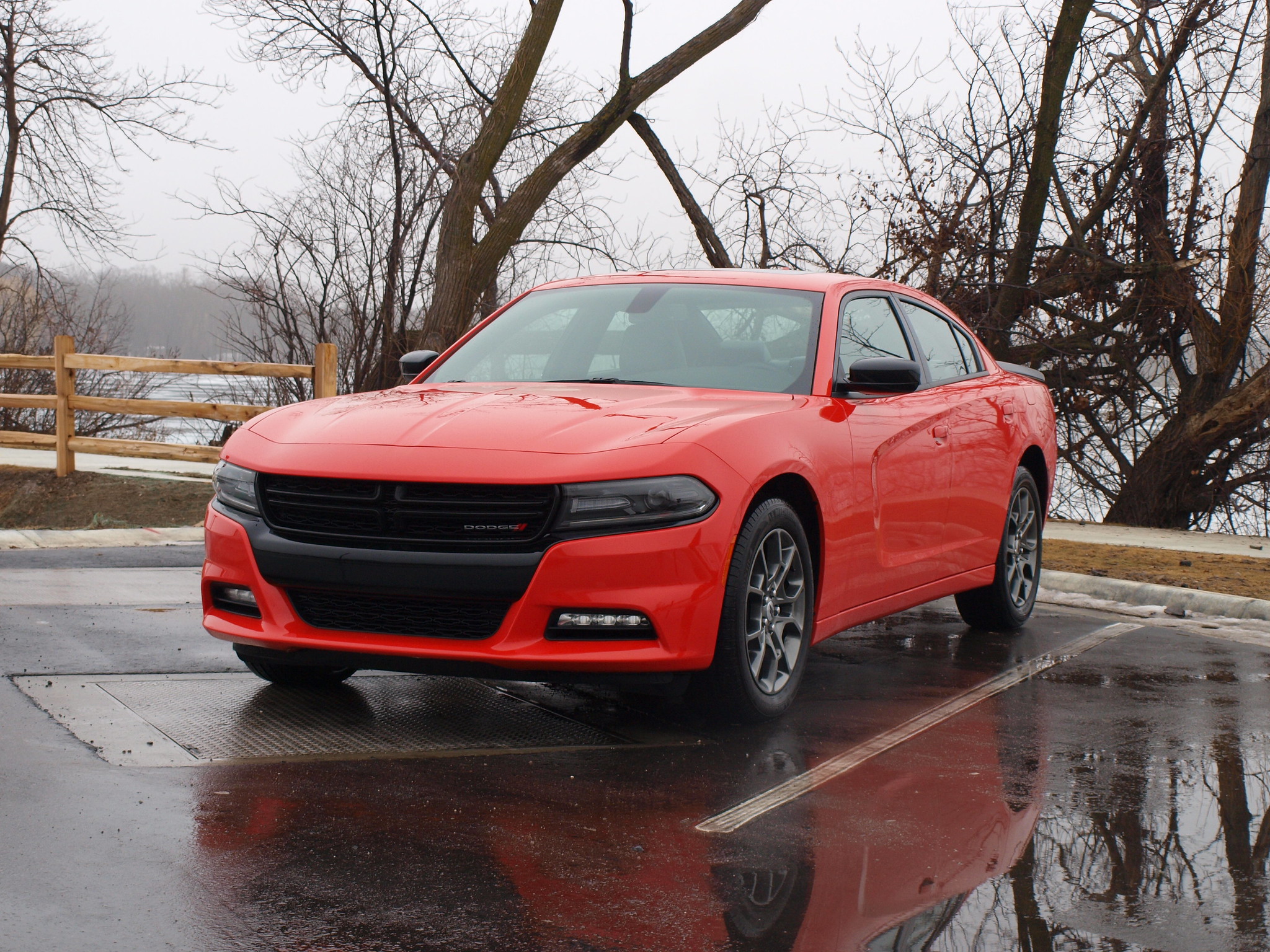 If you have been a reader of Victory & Reseda before it was called "Victory & Reseda," then you already know that I have a soft spot for Fiat Chrysler Automobiles’ LX Platform.

As a recap of what the LX Platform consists of, it was originally a former Mercedes-Benz E-Class platform – OK, not all of it, but enough to trace its origins to one – that was the basis of the rear-drive, large car format that would serve DaimlerChrysler, Cerebus and FCA well. While the undercarriage, subframe and other associated parts point to the Daimler side of the "merger of equals," the rest was all Mopar. The HEMI V8 returned, along with higher powered versions tweaked by the SRT team. Ralph Gilles gave these big machines style – from the audaciousness of the 2005 Chrysler 300 and 2005 Dodge Magnum to the retro return of the Dodge Challenger.

Two generations later, one such LX still provides a bit of glee in my heart – the Dodge Charger. While I like the Chrysler 300 for its luxury and boldness and the Challenger for evoking my childhood, the Charger is my sweet spot. It is a four-door sedan – a body style I found to be very practical for my needs – that weighs less than a comparable Challenger. And, overall, I found the current iteration of the Dodge Charger to be even more fun to drive than any of the LX platform models I captained since the beginning.

Since the update on the second generation LX Platform Charger, I had two to work with – a 2015 R/T Plus with the 5.7 liter HEMI V8 and the 2016 R/T Scat Pack with the 6.4 liter "392" SRT HEMI V8. In addition, I got the chance to drive a Charger Pursuit – the public safety version of this car – with the 5.7 liter HEMI and All-Wheel Drive. All of these Chargers cemented my feelings about this car providing me with performance and, yes, a fun-to-drive factor that I found to be lacking in many vehicles I worked with in the past six years.

Recently, I was presented with another Charger. Unlike these V8-powered models, this one's got the Pentastar 3.6 liter V6. This is fine, but a dye-in-the-wool Moparian will tell you that it's not a real Charger without a HEMI. There is a difference with this particular V6-powered Charger. It came with all-wheel drive.

One of the selling points of the Charger to retail customers has been the availability of all-wheel drive in the lineup. While fleet and government customers can get the combination of HEMI V8 power with all-wheel drive on the Pursuit, the rest of us have to settle for Pentastar V6 power for all wheels to gain traction year-round.

Like my fellow Moparians, I have strong opinions about this sales strategy. Yet, I have to set aside my feelings and put this Go Mango-colored 2017 Dodge Charger SXT Plus AWD with the Blacktop Appearance Group through its paces up here in Minnesota. I couldn't think of anywhere else but to test such a car – OK, maybe Wisconsin, Iowa, the Dakotas…

The heart of this Go Mango Charger is the aforementioned 3.6 liter Pentastar V6. With 292 horsepower on tap, the V6 is fed through the 8-speed automatic transmission onward to an active transfer case for the all-wheel drive system. The system has a full variable torque split with front-axle disconnect. My tester came with Michelin MXM4 Primacy all-season tires.

It is important to discuss the driveline and tires, first. As you probably read, heard and seen, Minnesota experienced Winter Storm Jupiter. For parts of the Twin Cities, we bore the brunt of the same winter weather event that iced up Oklahoma, Kansas, Missouri and Iowa before creating havoc in Southern Minnesota. Apparently, I lived on the edge of the storm, but had the walkways and the parking slab turn into the rink at the Xcel Energy Center.

For the short period I took the Charger on the road during Jupiter's freeze, I found the Charger solid in these conditions. Solid is fine, but what would make it even better? Winter tires. Not that the Michelins couldn't keep the Charger on track, but its weight, balance and power did keep everything where it was supposed to go.

That was just the first night.

As the week progressed, the weather improved. So did the roads. Sad thing about working a day job to augment one’s income – the winter daylight is only bookended by the opening of the door to the closing of the office. The temperature on Thursday scaled up to 42 degrees Fahrenheit with bright sunshine and glistening roads. With south facing windows, one yearned to take the Charger out on the road. I was hoping to get a good car wash and a photo shoot. Such pipedreams were broken by the sound of the phone running, the e-mail dinging and the front door opening…

Therefore, I was left with the weekend. The roads were a bit wet, but it posed no problem with the Charger’s AWD set-up and Michelin tires. There was an added bonus to the weather – dense fog. There were spots where visibility was limited to about a quarter-mile or less. I have no problem with that – heck, I lived in the San Francisco Bay Area for nine years and had family there for longer. Fog? As long as I saw the Golden Gate Bridge, I was good.

Rural outstate Minnesota is not San Francisco. Well…except for some really fun roads I found to drive on. In western Stearns County through Collegeville, I swore that I found a frozen version of Loma Prieta or Redwood. The county road was fantastic – a rare commodity in Minnesota with elevations, nice curves and some lovely forestation. But, it was all too short. I was on the other side of St. John's University (the one in Minnesota, not Queens, New York) and had to enter on Interstate 94.

The next day gave me some time to kill before meeting with a car group that evening. I figured one final day of driving in the Charger. This time, I found myself south of The Cities looking to get back on one of my favorite pieces of tarmac along the Minnesota River. That piece of road is where I find out a car's competencies. The Charger passed with flying colors – in Go Mango, that is. The handling is superb and the grip is excellent. Sure, it’s a heavy car, but I wouldn’t want it anyway else. Being heavy could also translate into being athletic. The Charger in the V6 and all-wheel drive form was very athletic.

As for fuel economy, I turned an average of 23.8 MPG. You can debate that, if you wish. My argument – it's a Charger, damnit!

Driving the Charger is one thing. There is so much to consider about the car itself. I have to admit it ranks up there with the most fun looking vehicles I ever worked with. Three of them just happen to be Chargers – all three mentioned in this review, in fact! Gee, I wonder why…

I was intrigued by the color – the Go Mango. FCA loved giving its most visible North American products hues that take us back to its glory years of the late 1960s and early 1970s. The Plum Crazy from last year's R/T Scat Pack is a hue that I found to be the most desirable – and one of my favorite colors in the heritage color palette. There's also Sublime, which made the 2015 Challenger R/T Scat Pack that came in 2014 just a stand out and attention grabbing color. For 2017, we saw the return of Yellow Jacket – a yellow that always screamed on Chargers and Challengers past and present. Sublime got a bit brighter in this year’s Green Go hue.

The original Go Mango appeared on several Dodge products in 1970. It was also known as paint code K-2. It is really not your typical orange color, but a deeper hue that still turns heads when it rolls up on the highway. This was true back in 1970 when Go Mango was compared to Orange – even Vitamin C Orange and HEMI Orange. Of course, the name of the color depended on the model you choose from which brand.

On some kinetic level, the 2017 Charger SXT Plus AWD's Go Mango had an ancestral linkage to a 1970 Coronet R/T. This brings me to a history lesson. As 1970 was a pinnacle year for Dodge, we often think of the then-new Challenger first, then the Charger afterwards. Behind these two was the Coronet – Dodge’s mid-sized offering that battled with the likes of the Chevrolet Chevelle, Pontiac Tempest, Ford Torino and Mercury Montego.

The Coronet rode on the B-Body architecture that was shared with the Charger and Plymouth Belvedere/Satellite/GTX/Road Runner. Customers in 1970 would find Coronet Deluxes for fleets, 440s for budget-minded commuters, moving onward through the 500 for those who want a bit of luxury in their mid-sized car. Enthusiasts began with the R/T, adding upward to the Super Bee for ultimate performance.

What I have is the sweet spot of the Charger lineup for 2017. It's got the Blacktop Appearance Package, which gives it a Scat Pack look, even with the Pentastar V6 under the hood. I have the all-wheel drive and the eight-speed automatic to go along with the 292 horsepower mill. I even have a high content of standard and available features that gives this Go Mango 2017 Charger SXT Plus AWD a real pleasure to drive.

There are two main reasons why I like the Dodge Charger. With the second generation LX platform, the cabin environment is designed right for my wants and needs. The dashboard is curved right for better readability of the instrumentation and easy access to the UConnect 8.4 touch screen. Every control is aligned just right for me – even those hidden below the dashboard's beltline. The steering wheel is thick – another plus for me.

The second – and perhaps more important – piece of the Charger's attraction to me: Driving dynamics. In a car of this size, I would expect a soft, luxurious ride. It does not mean that I enjoy such a driving experience. I want smoothness, but I also want high competency in the curves, the absence of lean and roll and a feel that encourages you to unleash the force underneath the hood without fear or trepidation. I expect all of this in anything at the R/T level and above. I was glad to see this in the Pentastar V6-powered SXT.

Then, there is the bonus of a stylish, aggressive mix of heritage and modern in its exterior design. "Lesser" Chargers show a face that embeds the cross-hair signature of the brand with a grille width that harkens back to 1969. The headlamps wrap around, with the darkened housing of the Blacktop package. In fact, every piece of the Blacktop package makes this popular Charger trim a bit more evil. You would think there is actually a V8 underneath that Go Mango hood.

In all, you might summarize all of this as a validation for the Dodge Charger. You are probably right. It doesn't dazzle you with its advances, like a Tesla or a Volvo S90. It doesn't cuddle you with sumptuous luxury, like a Lincoln or a Mercedes-Benz. It is a modern muscle car that has all the feels I prefer in a car – heavy with more than ample power, with a design that snarls when it arrives. It is all I really need in a car that I truly care about.