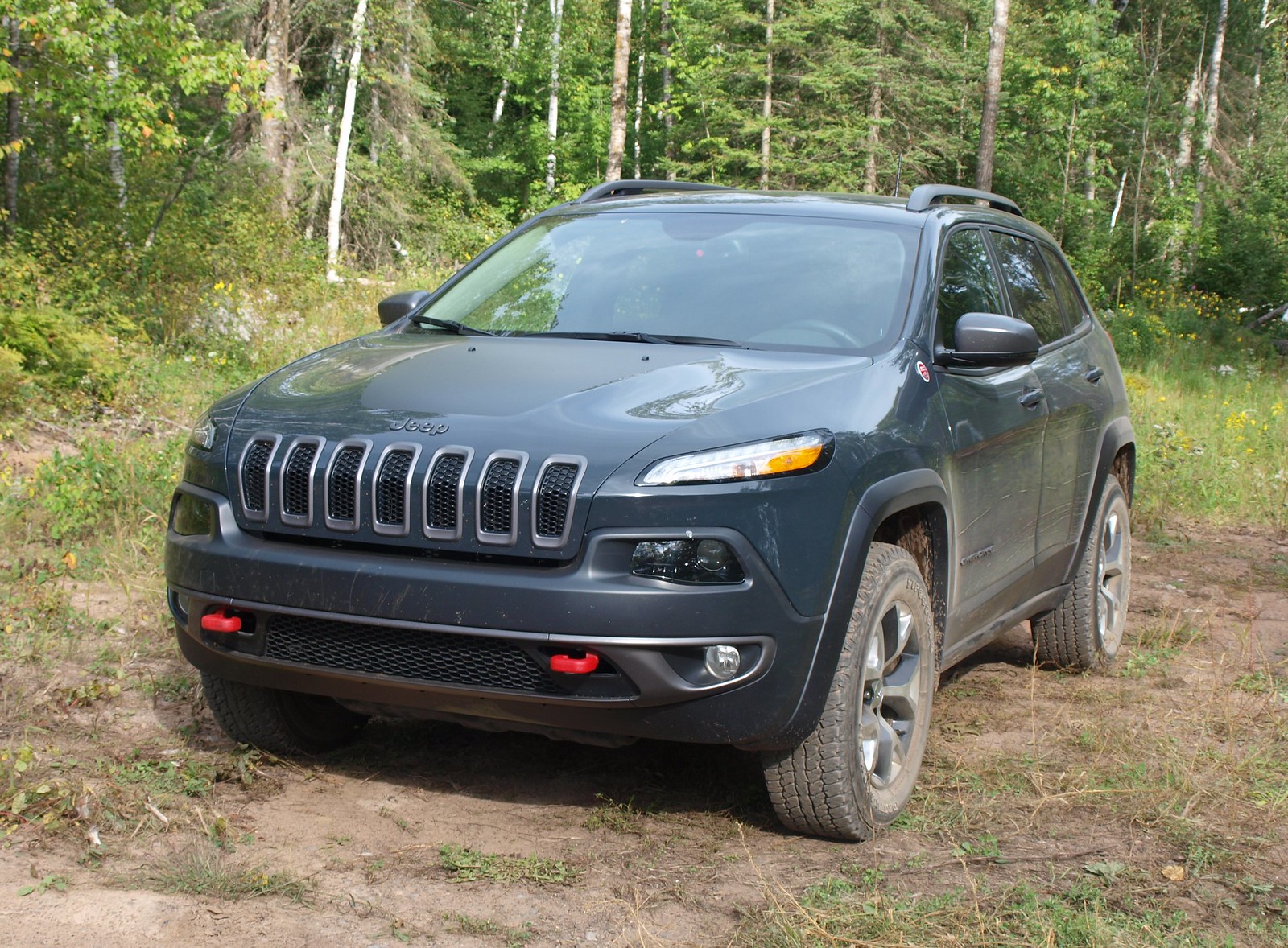 A few years ago, the universe felt disturbed by the presence of a very un-Jeep looking Jeep.

We are talking about the Compass. Granted, it was the first Jeep to be considered a crossover after decades of being the brand associated with outdoor recreational vehicles. Years of building sports utilities came down to a car-like and car-acting oddity that simply looked…odd. No worries, since it and its sibling, the Patriot, will see the end of production by the end of the year at the Belvidere, Illinois assembly plant.

All production in Northern Illinois will be supplanted by the hottest product in the Jeep lineup – the Cherokee. When it arrived, people saw the front end and felt the universe shift to something uncomfortable. Initial production units did not help its cause, as the ZF-designed, in-house built nine-speed automatic transmissions had issues with its lower gears. Still, many flocked to get this latest Jeep – sales have been averaging 15,000 units per month. Rental car fleets and families alike were snapping up Cherokees as they were the latest

I had the chance to drive two of them in 2014. It began with a four-cylinder 4WD Latitude model – which have been the biggest volume seller of the line. I thought that most consumers would cross-shop this trim level for the popular Toyota RAV4 and Honda CR-V models. It also got a taste of winter, which it passed the test admirably. The 4WD Latitude V6 model arrived during the summer to see whether the more powerful engine was the better choice than the four-cylinder. It was, but the Latitude package seemed that there was more needed to engage those looking for the essence of the Jeep brand in this popular vehicle.

While Latitiudes actually sell to retail and fleet customers, people looking for that essence of Jeep will find it just a few steps away – the Cherokee Trailhawk.

It was the Cherokee Trailhawk that drove on stage at the 2013 New York Auto Show showing what a front-drive biased SUV can do with a two-speed system and the ability to tackle "boulders" and articulate through the tough stiff. It became the focal point for a vehicle with a maligned front end and an imperfect automatic transmission that spoke to our want of adventure and freedom. It was a Jeep for a new customer base.

The idea of the Cherokee Trailhawk certainly prodded some engagement as it what it actually does. It may look like a softroader with a combination of Jeep and Italian influences, but one should focus on the Trail Rated badge. They also focus on the angle of approach, the tow hooks, the meatier tires and wheels. Perhaps the big difference is deep in the center console, with the 4WD Lo, 4WD Lock and Hill Descent Control switches. It also is the hub of the Active Drive Lock system, where one can set the Cherokee Trailhawk to specific conditions that are preset for driving over various terrain conditions.

When you sell a desirable product, it takes little convincing to sell it to consumers. They want a highly capable Jeep. The Wrangler is the best of its kind, but it may be a bit too hardcore for novice off-roaders. The Grand Cherokee is fantastic, but they can get real expensive once the order list gets checked for off-road goodies. Mind, you the Renegade Trailhawk is wonderful, but one wants more power overall.

This is why the Cherokee Trailhawk struck a chord with both loyal and new customers to Jeep. They want everything in a nice neat package. That is, as long as it does what it is supposed to as advertised.

This is where I come in. I wanted to try out the Trailhawk, because of its abilities and promise of off-road excellence. It took a while, but I finally got one to work with. Of course, I had a plan…

The Gandy Dancer is a trail set up along the Minneapolis, St. Paul and Sault Ste. Marie railroad in Wisconsin and Minnesota. It was named for the workers who set up the tracks, mainly Irish in the Midwest, They worked on the track, sang songs and used a tool that kept the alignment of the track. The track has since been pulled in favor of a multi-use trail that stretches 47 miles.

To catch the trail, you have to go to Danbury, Wisconsin, right on the St. Croix River. This trailhead is where the legend of the trail comes alive with dreams of following James Jordan and his 1914 adventure in recording his harvest of white-tailed deer.

Instead, Danbury welcomes those who seek adventure along the Gandy Dancer – Jeep enthusiasts, ATV owners and dirt bike riders. A couple of my friends went on the Gandy with their Toyota 4Runners earlier this summer. I admit to some envy, but they were having massive fun out in the trails.

I also have to admit that I am a novice when doing off-road driving, but I am learning what I need to do to get to a point of competency. I do not expect to drive over boulders and steep drops, but I would like to experience traction conditions that test a vehicle’s mettle.

The trail itself is like the railroad bed it was built for. It is flat, uninspiring and a way to get from St. Croix State Park to the Nemadji State Forest. The best way to travel on this trail is by ATV or off-road vehicle, such as Polaris Ranger or Honda Pioneer. Rarely do you see Jeep Wranglers or CJs…unless you ride with that pack.

The sight of the Rhino colored Cherokee Trailhawk on the Gandy Dancer was not a welcomed sight for the many off-roaders running the trail. One guy stopped me and told me to get over on the adjacent gravel road. I was already in-between cut-overs to do so. No, it does not look like a Wrangler…or any traditional Jeep product. But, it has capability – something I'm sure a lot of people did not realize.

There was something I wanted to do, but was unable to. I was too concentrated on trying to get from one end of the Gandy Dancer to another to find a trail that would put the four-wheel drive systems to the test. Most trails restricted vehicles like the Cherokee Trailhawk from its use. There were some other trails, but were on private property. I was told that I could use some of the forest roads, but I ended up missing the turn tom do so. Nope, I kept going…

There was a little patch of dirt I started to play on. It was my chance to briefly test the 4WD-Lo and Rear Differential Lock. First, I made sure no one was around. Then, I slowly took the Cherokee Trailhawk on a bit of soft surface exploration. I know…lame…but, remember, I am a novice. I think I know what I am doing. Frankly, I didn't care. I wanted to see what it was like to follow the big boys into the forest.

Along the way, there were plenty of ruts to test the suspension. There were some shallow water crossings, thanks to recent rains filling larger ruts. In all, the Cherokee Trailhawk did very well on these surfaces. Also, the trail itself provided a few difference surfaces – mainly gravel. The dirt sections provided some traction challenges, along with deeper ruts full of leftover rain water

There were some fun parts. The trail may have been flat and straight with a few ruts in it, but there were two sections that made for absolute fun. There was a connector that was hilly and curvy. It challenged the Cherokee Trailhawk's agility and made for some challenges for traction. Then, there was the northern exit from the trail. It was equally quite fun on a wider hilly and curvy section. It was not a "cool down" road, since it brought some fun challenges getting to the paved highway in the town of Holyoke.

Adventure over? Or, adventure un-fulfilled? I could have gotten a bit bolder, but I was not ready for it. I was also solo – it is probably best I do something like this with other people. A couple of tips of off-roaders: Go with other people and vehicles and know your abilities. Make sure the other people you bring know what to do out on the trails and off of it. Have them teach you how to off road, too!

What I got out of the experience was the idea of how a vehicle, such as the Jeep Cherokee Trailhawk, should be used. If a vehicle claims to have the capability to do more than just take people across town, to work, shop, etc., it is worth trying out in conditions designed to get the most out of a vehicle. Not to mention, it is a useful, everyday vehicle for the daily grind or a spot of wanderlust. It is definitely not a toy – not if you’re paying $37,420 for it.

If you do get the Jeep Cherokee Trailhawk, do us all a favor and Tread Lightly. That way, we can all enjoy the trail with you. And, you can educate those who think it does not belong on the trail it certainly has the good to be on it with them.

It might not be a slab-sided, fendered, lifted, traditional Jeep, but the Cherokee Trailhawk can be on the same trails with one.