The last time I drove the Acura MDX, we were in the middle of the so-called Winter Vortex. That winter of 2014 brought dumpings of snow and a temperature drop that made things a bit challenging for life to exist.

Oh yes, we Minnesotans know all about the cold. We face it head on. We prepare for it. We have enough layers to keep us going, even we are driving with the heat on full blast.

Maybe so. Then again, I am not a Minnesota native.

My body adapted over time to deal with the subarctic temperatures and the physical workouts with the snow shovel. It helps to live with a North Dakota native who knows how worse it can get out there.

Of course, an urgent care visit yielded the answer to why my skin was dry and breaking out with sores and deep gashes. They call this eczema. You treat it with creams. Oh, and you do not watch anything depicting Hannibal Lechter on television while you are healing.

Side story: I had a stepmother who got royally sick one time while living with my father in Northern California. It turned out that she was allergic to the "flora and fauna" of the region. She soon left my father, moved back to North San Diego County, married someone else and disappeared.

It is not about medicine as it is about accepting medicine.

There is a point to this piece. As this 2016 Acura MDX arrived, the mid-to-late January climate turned warmer than it did in 2014. The snow was lighter. The roads were more challenging.

The hypothesis of this should tell me that I should be absolutely fine in a SUV/Crossover.

This is not your typical car review. This is just a story in which a 2016 Acura MDX happened to take a part of. At least, to prompt some thought on life in the Northern Climes.

Even greater is exploring how SUV/Crossovers have taken over the market in this country. This is not a new story. It has been pronounced due to some news coming from other parts of the industry.

I completely understand how hot these vehicles are. In terms of the numbers, Acura sold double the number of SUV/Crossovers than cars in 2015. The MDX was the best selling model of the Acura brand in 2015 with over 65,000 examples delivered. Among American Honda products, the MDX was ranked sixth in annual sales volume – outselling the Honda Fit. 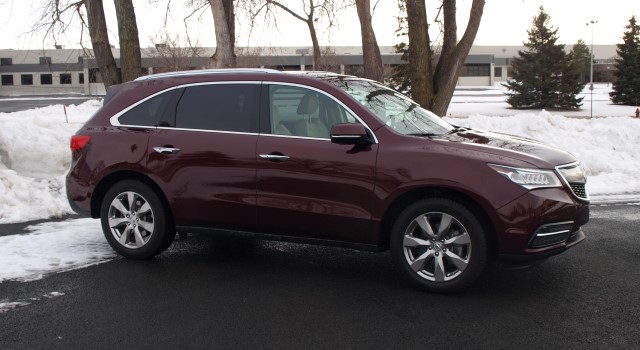 While driving volume overall, the segment the MDX resides in took a shortfall in 2015 over 2014. It is not because people weren't buying luxury SUV/Crossovers. It seems logical now that the price of petroleum is well below what it was last year. The truth is that smaller luxury Crossover/SUVs have proliferated the marketplace. One could argue how great that is for the market to expand and absorb new customers, but how many of those consumers have more than two children? How many of those need a third row of seating? How many of those need a larger SUV/Crossover for the cargo space and rear legroom alone?

Most of all, how many people really need a SUV/Crossover anyway?

It starts with perceptions. A SUV/Crossover is perceived to be safer, due to its larger mass, higher road and seating position. It is supposed to replace station wagons – the bane of families on the go when I was a kid. The idea of owning a Chrysler Town & Country or a Buick Estate Wagon in the 1970s was similar to owning an Acura MDX or its rivals today. Remember, the SUV was seen as a toy for recreational purposes up to about 35 years ago.

The huge difference today is the idea of multiple use and purpose for the SUV/Crossover. You can get through the snow, ice and wet and have the all- or four-wheel drive to get through it all. It is seen as an extra safety feature that is necessary for stability and vehicle control. After 16 years in the Upper Midwest, I would probably add the necessity of having proper tires for additional traction and grip. By proper, I mean winter-ready tires. Most all season tires simply do not cut it in Minnesota winters. Then again, this is not a OEM issue to work through, but rather an owner-driven consideration to make the most out of their experience with their vehicle.

There is plenty of truth about the preference to SUV/Crossovers in today's market. Yet, there are many considerations for consumers to take in regarding ownership. There has to be a reason for purchasing a luxury midsized SUV/Crossover. Practicality is foremost, but so is the badge. It would be easy to buy a Ford Explorer or Toyota Highlander, but some buyers are not content with owning a mainstream product. For prestige and to match income bracket needs, compromise is out of the question.

Which brings me to this 2016 Acura MDX I was driving recently. It came with the new ZF nine-speed automatic transmission, replacing the six-speeder that I had on the original tester two years ago. Though similar to the 2016 Honda Pilot I reviewed on here, the gearing had a different set of algorithms for a more relaxed drive. This yielded a lot of discussion in comparison between the two similar vehicles on which had the better gearing. I would have to side with the Pilot. The nine-speeder in that vehicle provided smooth power and great reaction in passing and on-ramp situations. The Pilot's ZF 9HP transmission felt much smoother in transitions while enabling traction via its all-wheel drive system. Sorry, Acura.

Although, Acura's Super Handling All-Wheel Drive (SH-AWD) did a better job on traction management. The brakes were a different story, as I felt they were a bit touchier than I recalled from two years ago. And, let me not get into the two-screen infotainment set-up… 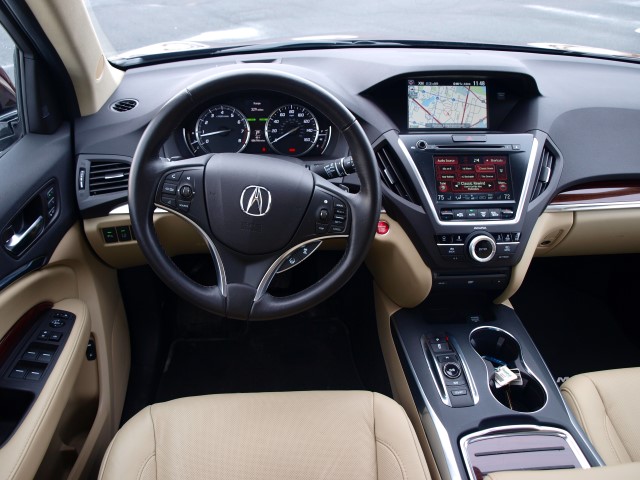 Yet, the MDX was fine. It did what it had to do. The MDX got me to an on-site contract location in Anoka County and back, along with a few other things I needed to do afterward It faced the fluctuating weather – ranging from very cold to above freezing – and the roads just fine.

Yet, it faces stiffer competition than it did two years ago. There happens to be two vehicles on my future schedule that are in direct competition with the MDX. I am looking to where these two fall in the preferential order against the Acura.

The driver of the work is to try to tell stories about the vehicles I work with. Sometimes a vehicle could yield many different tales. The MDX certainly showed me the state of luxury SUV/Crossovers and why they will sell no matter the climate. Although, these Northern Climes provide a test for the relevance of vehicles such as this combination of practicality, capability and luxury.

DISCLAIMER: The vehicle used in this article was provided by American Honda Motor Co., Inc. The 2016 Acura MDX with all-wheel drive is priced at $58,000.