A Victory & Reseda review of the 2015 Toyota Avalon Hybrid

The full-sized sedan market is not as relevant as it once was.

Consider that the full-sized car has shrunk over the past four decades – thirty inches worth of size reduction. Yet, interiors are as spacious as they once were, including trunk space. Fuel economy is better, too.

The demographics for these large cars have changed. Today, the average consumer for a large car is best described as a Baby Boomer. They still consider size to equal safety and room for everyone. To some extent, they are right. They also have not considered crossovers and SUVs to be their rightful replacements because of their step-up and overall height.

That alone could be a win for sedans, right? Maybe, but as sales have been shrinking in the past couple of years, one wonders if there is any life left in this segment?

Toyota's Avalon led this pack for a few years now. This American-developed and manufactured big sedan had the edge on the pack due to the fact it's a Toyota. Yet, even the Avalon lost customers to the smaller (and best-selling passenger sedan in the U.S.A.) Camry. One wonders if this big sedan – and its competitors – is still relevant in today’s marketplace.

To find out, I received a 2015 Toyota Avalon Hybrid XLE to see if it can hold muster in the marketplace. Yes, I did say "Hybrid."

Two model years ago, Toyota presented us with a sleeker profile for their full-sized sedan. With Toyota’s current design language as a guide, the Avalon was transformed into a distinctive and modern sedan with a low profile, a compelling roofline and greenhouse.

The aggressive front end and its large lower grille is an invitation for everyone to come inside. The lines are sculpted finishing with a rear end that shows off details unseen in any Toyota before. One would hope for a larger set of tires and wheels, but the alloys on this Hybrid XLE model and low-profile Michelin Primacy MXM4 tires will do for now. 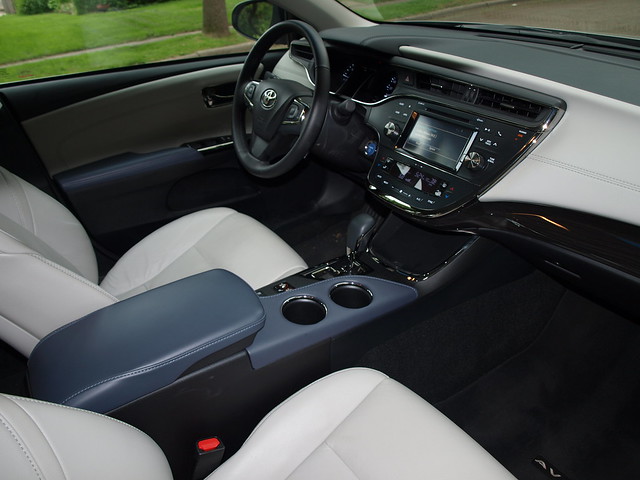 It is inside the cabin that the Avalon reveals its true self. It is a mix of the kind of luxury you expect from an Avalon – and a Lexus. If you peruse some of the switches and readouts, they actually came from Lexus models. The XLE cabin is a crossroads that also include the Camry – familiar, comfortable and roomy.

It starts with an instrument panel that is compelling to look and feel. Instrumentation is in separate binnacles that light up when started, with a switchable TFT screen in-between for trip and fuel consumption information. Switches on the panel and on the steering wheel work to keep the information and entertainment flowing. The center stack is even more compelling with its Lexus-style readouts for audio and navigation functions. Switches are light-touch that only requires a slight finger action to control.

However, the seats are a different story. The grade of leather used is a bit harder than those used on any given Lexus. Perhaps that is fine, but the front seats do not offer enough bolstering to keep you locked into these seats. There is plenty of legroom and width per seat to go around. Tall people may want to be careful when negotiating a position with the moonroof above. The Avalon has a lot of rear seat leg room, but tall passengers over six-foot-three may want to watch their head in the area where the roof transitions to the rear glass.

Toyota chose to go with its 2.5liter four-cylinder engine to conjoin with the electric motor in the Avalon Hybrid. Total system power is 200 horsepower, but it certainly feels there more than just that number. This system is connected to a continuously variable transmission which sends power down to the front wheels. It is a decent combination that works well with the Avalon, though a few details were of concern. When the two motors transition to one another, you can hear and feel a "bump" when that occurs. On occasion, the CVT would wind up on on-ramps and lane change, where the accelerator needs to be pressed down. 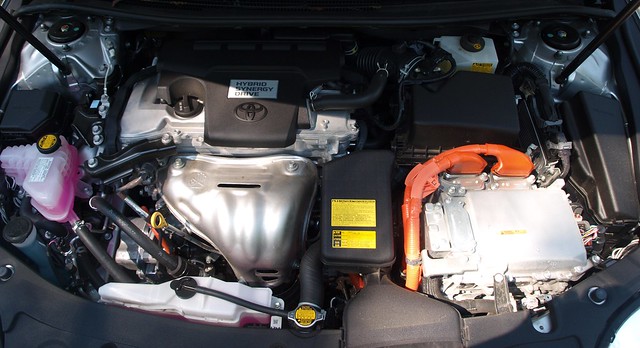 The best way to describe the ride is it is relatively smooth where it needs to be. However, you will feel the bumps and hear the cracks as it just seemed just a bit less quiet and smooth on not so good roads. Handling is also on the soft side, exhibiting slight lean and roll through the corners.

Though the steering system is responsive and quite sharp for its size, it can be lazy on center and a bit vague on occasion. The solution is to put the drive mode in Sport from a series of buttons on the console. The extra weight on the wheel will help in firming up a few things when cornering and keeping things in order. The brakes are OK, though the regenerative system weakened the effort towards solid panic stops. Normal stops were OK.

One buys a hybrid for the fuel economy, right? While the sticker says it would average 40MPG, the Avalon Hybrid wound up with a real world fuel consumption average of 36.4MPG. That is still very good for a big sedan.

After a couple of years in this current guise, the Avalon remains an example of what a big sedan should aspire to. There is a distinctive interior that is easy to navigate and a look that still stuns consumers. One buys the Hybrid for the fuel economy, which is still good by all means. 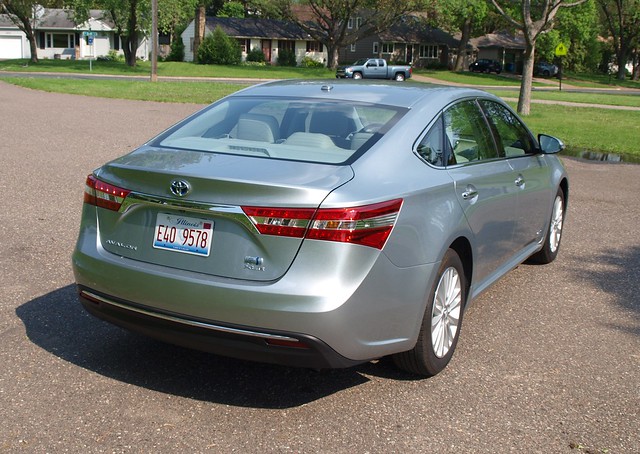 The Hybrid driveline is fine, but if you really want the Avalon experience – choose the V6 instead. The engine is more flexible, the transmission is better and the braking is really good. You will save thousands of dollars on choosing the V6, though you will lose 10MPG in fuel economy on average. It is your choice, really.

But, let's be frank here. The market is shifting where the next "big sedan" purchase for the demographic would end up being a Camry instead of something much larger – the Avalon. However, there is still a consumer base for the Avalon that keeps it in production. To answer the original question: The Avalon is still relevant, but only to a smaller pool of consumers.