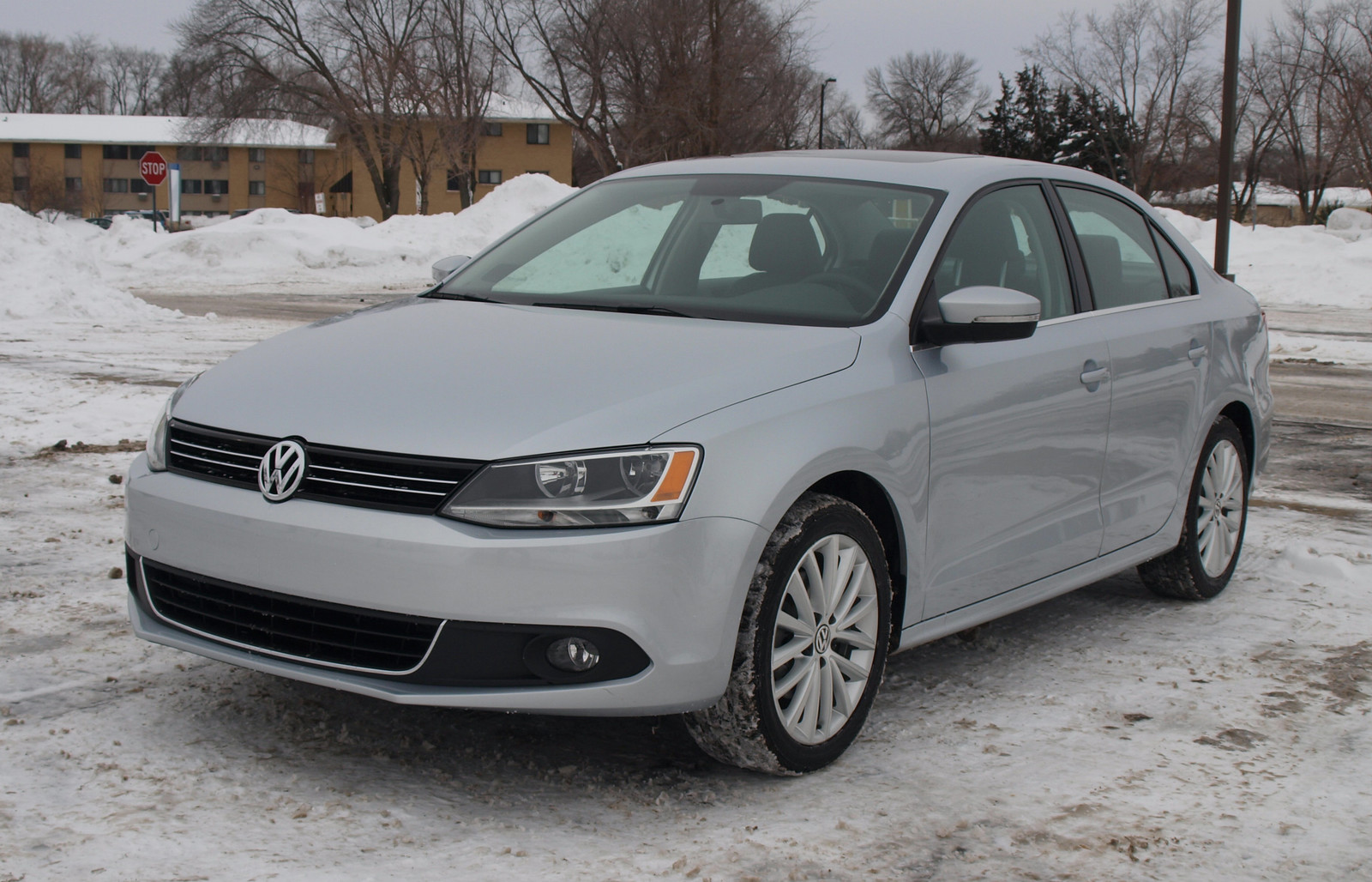 A Victory & Reseda Review of the 2014 Volkswagen Jetta

Fact: Volkswagen's volume seller in the USA is the Jetta.

Makes sense, does it not? The Jetta has held the role of leader amongst VW’s since its second generation. The compact sedan tapped into America's want of a trunk with all of the notable traits a front-engine/front-drive VW exhibited in its time. Through every generation, Jettas found owners more than the Golf and Passat since 1984 – despite itself being passed up by Asian and North American competition.

Despite current market conditions, why is the Jetta the big seller for Volkswagen in this country?

The sixth generation arrived in 2011 to focus on being more competitive against its class rivals. Some critics were concerned that the Jetta was made to be "cheap," losing some of the brand's cache amongst hardcore enthusiasts. One could take this approach on the Jetta, but it needs to have the baggage removed to clearly understand why Volkswagen needs to be competitive with its Jetta against the likes of the Honda Civic, Toyota Corolla, Ford Focus, Chevrolet Cruze and Hyundai Elantra – to name a few.

At first glance, there is no mistaking its is a Volkswagen. You could find the cues that it is indeed a Volkswagen – the grille texture, headlamp and tallight designs, for example. Yet, one would look at the Jetta and dismiss it as being anonymous, nondescript and simply unexciting. Further examination will show that certain lines and angles give more away as to VW's distinctiveness when you compare it to the competition.

The SEL model being tested adds a bit more flash to the Jetta's look. A bit more chrome and the seventeen-inch alloys denote a more luxurious model. However, it is rather restrained. This is probably what VW intentioned – looks are distinguishable, but overly designed.

When you step inside the Jetta, you would not exactly use the word "austere" to describe the cabin. It is almost an all-black interior, from the leatherette seating to the instrument panel. The only breakup in color is in the roof liner – a light gray contrast against everything below the window line.

Seating-wise, the black leatherette is comfortable, while the form is supportive. However, as a large person, I felt semi-comfortable behind the wheel. The seat had to be positioned low to clear the sunroof and far to let me legs work without strain, If you are the average human being, four to five of you would find comfort all around. It is a decent sized cabin for the class. Trunk space is huge and will swallow enough luggage for a weekend for four.

Instrumentation is typical Volkswagen with white-on-black dials for the speedometer and tachometer. However, there is a small LCD screen in-between the two large dials that feature a fuel gauge, a clock and an odometer/trip odometer. But, that is about it. The switches are not intuitive enough to provide further information, such as fuel economy-related figures. The center stack features the infotainment system and the climate control switches.

For North America, Volkswagen joined with guitar and amplifier maker Fender to create a premium audio experience. The difference between this and a mere audio system is quite a lot. Though you are not a rock concert, the Fender's nine speakers – subwoofer included – will fill the cabin with beautiful noise. Under the hood is a brand new engine for this market. Volkswagen decided to replace the 2.5liter five-cylinder mill with a 1.8liter turbocharged TSI four-cylinder. The new engine has 170 horsepower on tap with 184 pounds-feet of torque. There are plenty of benefits to plunking the new TSI under the hood. The power band is flexible exhibiting some turbo lag on occasion. Yet, it will go at highway speed without complaint. A six-speed Tiptronic automatic is connected to the TSI sending power down to the front wheels. It is a smooth transmission that will let the Jetta cruise at 1500RPM on the highway without complaint.

There is no question how the Jetta drives. "It drives like a Volkswagen." What exactly does that mean? Put it on dry tarmac and it will exhibit a bit of sport – a firm, but balanced chassis, the lack of body roll in the corners, decent steering and solid brake action. It just seems that the Jetta loves to run and will show its moves when prompted.

If you live in the Northern Climes, you may experience something that would be discerning. If most of the roads have been iced up, you first have to work with an overactive traction control and anti-lock braking systems. The problem is not these systems, as it is using the all-season Continental tires as standard for the Jetta. Continental makes good tires, and they do well on even wet surfaces. But, the icy conditions provided a severe challenge keeping the Jetta on track. If you love the Jetta, it is highly suggested to have a second set of tires for the winter.

These conditions and the varying sub-freezing air temperatures also affected fuel economy. The 1.8liter TSI powered SEL sedan turned a fuel economy figure of 23.0MPG. Volkswagen says you can get 25MPG in the city with up to 36MPG out on the highway in mainly ideal conditions – such as a perfect 72F degree day. If you are shopping for a Jetta, you will find it a bargain to begin with. A basic S sedan with a 2.0liter, 115-horsepower engine and a manual gearbox prices out at $17,715. Our SEL tester rang the register at $26,725. A TDI diesel is available, along with the higher performance GLI and the Hybrid model.

How do sum up the sixth generation Volkswagen Jetta. The base engine is improved, it has some of VW's renowned athleticism and the Fender premium audio is a redeeming feature to have. Yet, the Jetta is not the choice amongst compact sedans. It may be bestseller amongst the brand, the Jetta has been outpaced by most of its competitors.

The new TSI turbocharged engine will help the Jetta's cause. Add diesel and hybrid choices and you have to wonder why the marketplace has not been too kind to it even with greener options. The Jetta is worth checking out when shopping for a compact sedan.