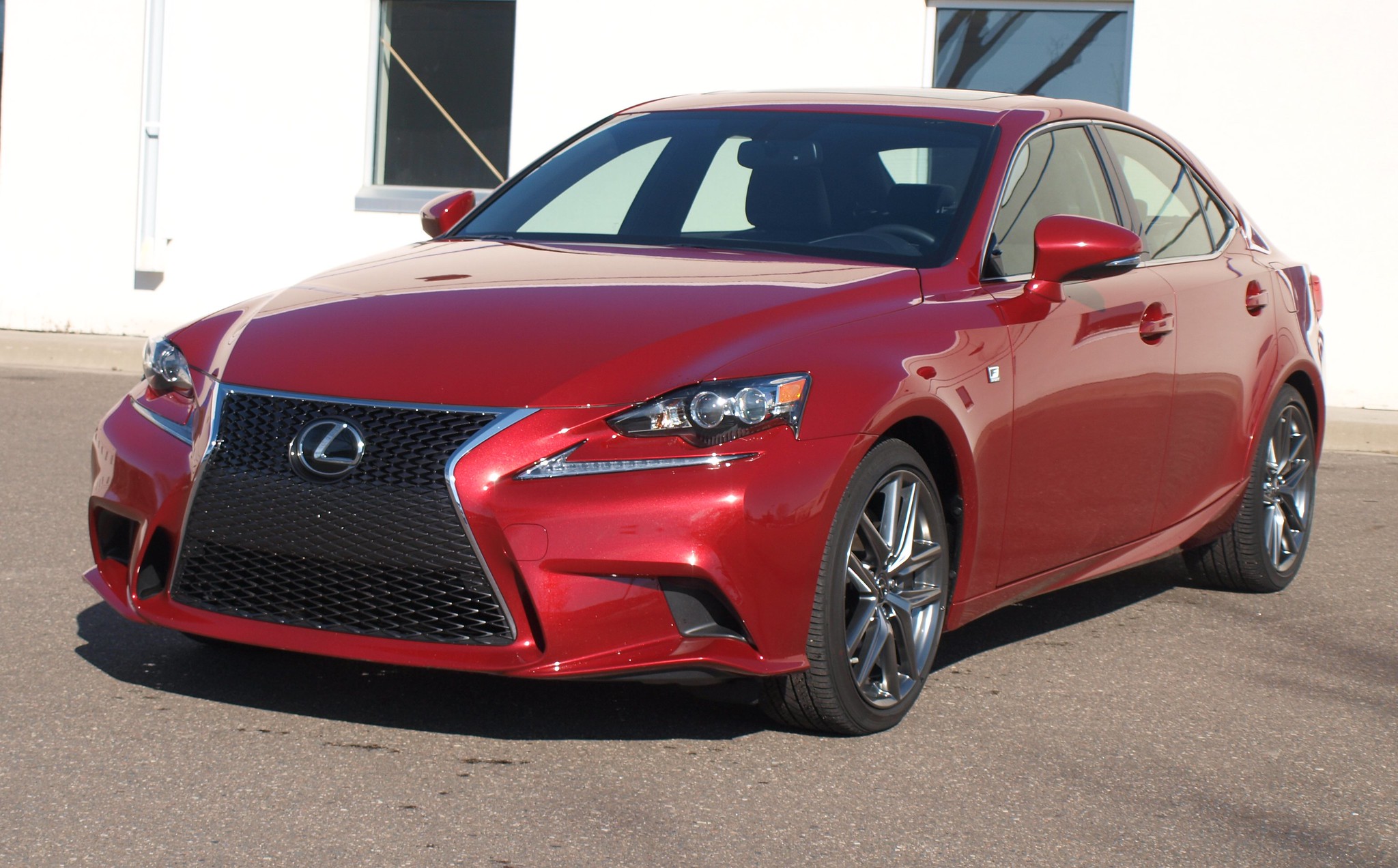 This car did what?!?

Comparisons are a tough thing to do. You jump from one subject to another to find a conclusion as to which one is best. In-between are the arguments – for and against a specific vehicle. Comparisons and contrasts are tested with theories on a specific advantage one subject has over another.

When Car & Driver compared three small premium sports sedans last summer, no one expected the actual winner. With the BMW 335i M Sport and the reigning V&R Vehicle of The Year Cadillac ATS 3.6 going into battle, it would the third of the group that would take the crown by one point.

Surprised? Most readers were. Perhaps it was a fluke. The BMW offers a good argument, but V&R found some flaws in the overall execution. The Cadillac was also not perfect, but the voters found it to be worthy of V&R's own award.

Now, the Lexus shows up for what could be the most challenging review in V&R's short history. The roads this car will traverse on have been pockmarked by a brutal winter. Yet, we need to find a good piece of tarmac to see why the new IS won over the 3-Series and ATS.

This will be difficult, but very doable.

The IS begins with something most discriminating consumers would want in this class – style. The brand's spindle grille theme takes on a new challenge to the eye. It appears bombastic, audacious and bold. There are enough angles, curves and other lines that entertain the eye, catching a lot of people off guard as they look at the IS. Needless to say, it got a lot of looks.

Add the F Sport package, and the IS is transformed into something more evocative and downright sinister. The spindle grille alone is a mix of textures dressed in black. The eighteen-inch alloy wheels are dressed in a polished graphite color that gives the IS a stance similar to any modified car on the road. To know it is an F Sport is to find the badges – all subtle but prominently displayed.

To enjoy your time behind the wheel, Lexus transformed the IS into a true sports sedan. The seating looks about right, with a high rear tunnel divider and a wide enough console for everything Lexus wanted to put into their cars. Tall drivers will find a lower, coupe-like seating position to clear the moonroof, but engaging enough to command it. The F Sport's seats have ample bolstering and cushion for any driver ready to be locked in for takeoff. Perforated leather greets everyone climbing on board.

Rear seat room is a bit tight for adults. The center tunnel is high enough to prevent a fifth person of any size to sit in the back.

There is something significant about the IS. If you had ever experienced the LFA supercar, you may spot some influences the $375,000 technological tour de force had upon the new IS. On the F Sport, you have a sliding center dial that provides a larger screen for trip and vehicle information. Slide it back to the middle, and the center dial entertains you with a digital speedometer and one of the quickest tachometers in the business. Hit the red line, and the outer part of the dial lights up in red. Switch the driving mode to Sport S or S+, and the outer ring turns white. There is more video game influence in front of you than most serious drivers would like, but if you are into that sort of thing – you will love it.

The cockpit wraps around you with a short throw shifter, but flanked with the Remote Touch Control on the other side of the gear lever. The center screen houses the infotainment system and Lexus Enform. This is fine system, which found itself rebooting a few times in our care and had trouble syncing with a smart phone for music files and phone calls. Once it maintains it equilibrium, the navigation is spot on and the Enform works well. Let us not forget about the fifteen-speaker Mark Levinson audio system and its superb sound throughout the cabin.

What really makes the IS 350 special is the engine. Under the hood is a 3.5liter V6 that emits all of the right noises at key rev points. With 306 horsepower and 277 pound-feet of torque on tap, you can feel the power even when you are depressing the throttle ever so lightly. This thing wants to go – and it will. For the all-wheel drive version in for review, the IS 350 was equipped with a six-speed automatic gearbox. You get the new eight-speed Sport Direct-Shift transmission, if you choose to simply have the rear wheels drive your IS 350. The six-speed is fine and reacts well to your right foot, but there will be moments when the upshifts will lag as the revs go down after a quick acceleration.

Driving the IS 350 F Sport offers a few options for the person behind the wheel. Eco is OK, but it really feels like Normal. Normal balances everything out, if you choose not to carve out winding roads or head for the track. That is reserved for Sport S and S+. You will feel the difference in the ride/handling mix with S+ giving you flatter cornering and a stiffer ride. Surprisingly, the S+ ride is not at all stiff, but slightly compliant. Rougher tarmac will reveal the overall firmness of the suspension set, as you will hear and feel its lack of give on cracks and potholes.

Steering the IS is doing through a small diameter, thick rimmed wheel. In Normal, there is a bit of looseness in the feel that is reigned in on-center. The reaction is quick and tracks extremely well. In Sport S and S+, the steering weight is heavier, which is great for curvy roads and the track. We experienced a shutdown of the steering system once in Sport S+, which was remedied by a restart and switching to Normal. Applying the brakes brought a mixed bag to the IS experience. Though it will stop well in panic situations, we found a slight lag on normal stops. On several occasions, the IS will stop, but not without a bit of resistance from the hydraulic system.

There was not much of an expectation regarding fuel economy. By filling up the IS with its required premium fuel, fuel consumption averaged at 22.3MPG – which is above Lexus' advertised average.

The basic IS 250 with rear-wheel drive will start you off at $37,010.This IS 350 AWD F Sport tester came out to $50,164. If you are wondering, the better equipped and higher performance versions of the BMW 3-Series and Cadillac ATS are priced about the same.

While it shines in the afterglow of its magazine win, the Lexus IS 350 AWD F Sport offers an alternative in one of the hottest segments in our marketplace. A few issues arose that brought out questions about the execution of the IS in the face of its competition – some as flawed as the Lexus.

It is a battleground worth fighting in. No matter who wins, all should be considered – the Lexus IS included.