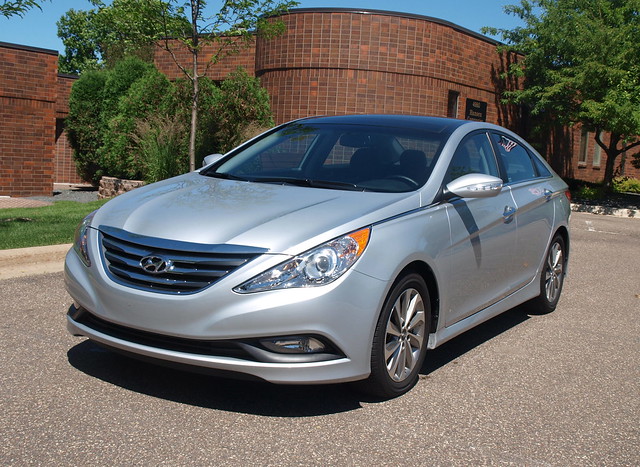 A Victory & Reseda review of the 2014 Hyundai Sonata

Let us look at its resume for a moment…

The generation prior to this – codenamed NF – won the first Victory & Reseda Vehicle of The Year. Then, it won the VOTY again for this generation back in 2010 – known as the YF. It was also the first mid-sized sedan of this era to made people’s heads turn. It was also the first of its class to shed the V6 option for the sake of efficiency – and a high-powered turbocharged four-cylinder engine.

The first "fluidic sculpture" Hyundai – the Sonata – remains one for the history books. It made us notice. It certainly shook up things in its wake.

Soon, this will be gone. A new Sonata has been shown already in commercials during the FIFA World Cup. Yet, you can still get one of these on the lot – new or pre-owned.

This is why I welcomed a 2014 Sonata back to the fold. This is a VOTY that has witnessed others getting crowned. Since its second award, a Buick, a Dodge and a Cadillac had taken the crown. Each one had a story to tell – just like this Sonata.

The question is whether this Sonata has a final chapter to dictate.

This Limited sat patiently in front of my house, while I fulfill a professional obligation several hundred miles away. It knew that it will get its chance to fly. That is what the Sonata always aspired to be – a car in flight. However, being a low-flying bird is not an easy thing to do, considering the Sonata's "Fluidic Sculpture" v1.1 (2014 brought on some detail revisions), its very low ground clearance on the sides and stand-out details.

It is a familiar shape. One that stood out in 2010 has now become commonplace everywhere it went. Consider that about 828,000 units had been sold since its introduction as an early 2011 model through the end of May of 2014. That is a lot of Fluidic Sculpture Sonatas. 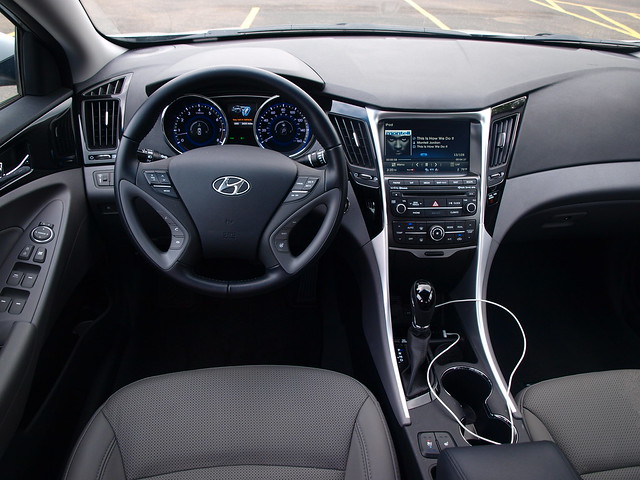 There had been many things that made its stand out over time – aside from the obvious. The cabin is still huge. You sit on big seats offering some bolstering and power adjustments – including lumbar support. In the rear, you get plenty of leg room and excellent access due to a wide opening door. However, the coupe-like roofline would be a challenge to taller passengers.

A thoroughly thought out instrument panel remains with all the switchgear you need within a finger's reach. The main dials are huge with smaller digital dials for fuel, water temperature and gear selection. In the middle is a TFT video screen that displays the vehicle’s trip and economy data.

In the Limited, a TFT touch screen commands the center stack displaying the navigation system, audio readouts and various vehicle functions. Controls are cleaner and more logical than in previous editions of the Sonata. Gone are the Volvo-esque climate switches that blew everyone’s mind four years ago. While the shifter commands a small part of the center console, there are plenty of places to put your valuables right behind and next to it.

Hyundai's 2.4liter Gas Direct Injection four-cylinder resides under the hood putting out 190 horsepower and 179 pound-feet of torque – down from 198 horsepower that was touted during its introduction. A six-speed automatic connects this engine to its front wheels for power. Put your foot down and it subtly trumpets its entry into the world. The pickup is quite good. It goes through the gears without any resistance, as it wants to own the highway. 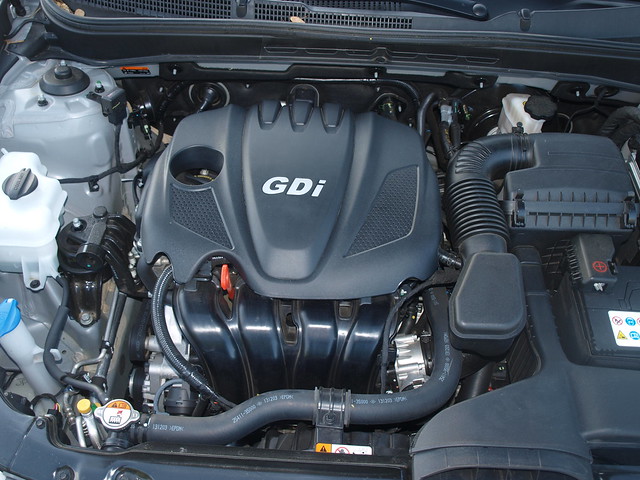 The ride in this Sonata felt confident over all surfaces. It handles decently with near flat cornering, though suspension feel is on the soft side. Ride quality is smooth with little give to potholes and expansion joints. Perhaps this is due to its low ground clearance ensuring minimal suspension travel in the Sonata – hence the low-flying bird reference previously.

Braking is sharp and on point. Pedal feel and stopping power is good in both normal and panic braking. There is the issue with the Driver Selectable Steering Mode system. In "Normal" mode, steering feel is soft and vague with a lack of wheel action and exact turns. Put it into "Sport" mode, the wheel feel is weighted. It actually improves wheel feel, though turning response and radius does not change.

When it came to fuel efficiency, Hyundai originally promised unheard of economy figures normally reserved for Hybrids and compacts alike. Back in May of 2010, the "new" Sonata came in with a fuel economy figure of 26.3MPG. This almost-end-of-life Sonata turned an average of 27.8MPG.

If you happen to find a leftover 2014 Sonata Limited, one with the high equipment content as this tester, the sticker price will be $30,920. I would expect some serious discounting to make room for incoming 2015 models. 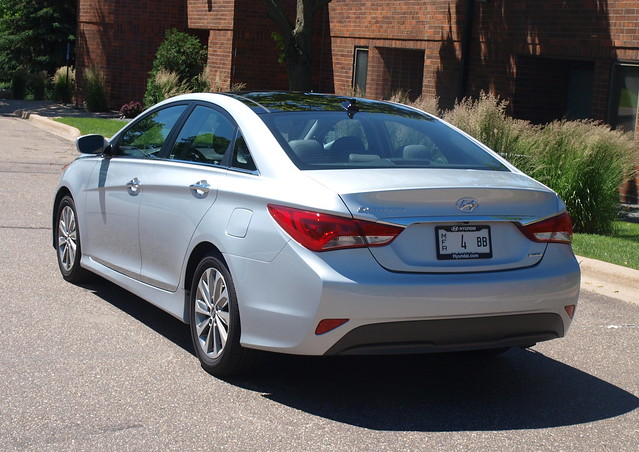 That is what the YF Sonata is all about. It simply put Hyundai in front of everyone and showed what it could do with imagination, engineering and building them with the highest level of quality available. Is that good enough in a segment where everyone is topping each other at a rapid pace?

Drive around any metropolitan area with a Hyundai dealer in town. Notice something familiar? There is an YF Sonata parked a row away from another. You were passed up by another YF Sonata on the highway. There is a huge concert in town – or sporting event – and you may encounter a few YF Sonatas on the way out of the parking lot.

When seeing more than one – and clearly more than any other car in its class in a small space of time – perhaps the conclusion is to prove the success of the YF Sonata.

This swan song for this version of the Sonata is not without a sequel. Next week, I get to drive the 2015 model – codenamed LF. It might seem like a proper end note for a pioneering car to look forward to the new one, but consider what the outgoing had done for Hyundai. It left a legacy for the new one to follow.