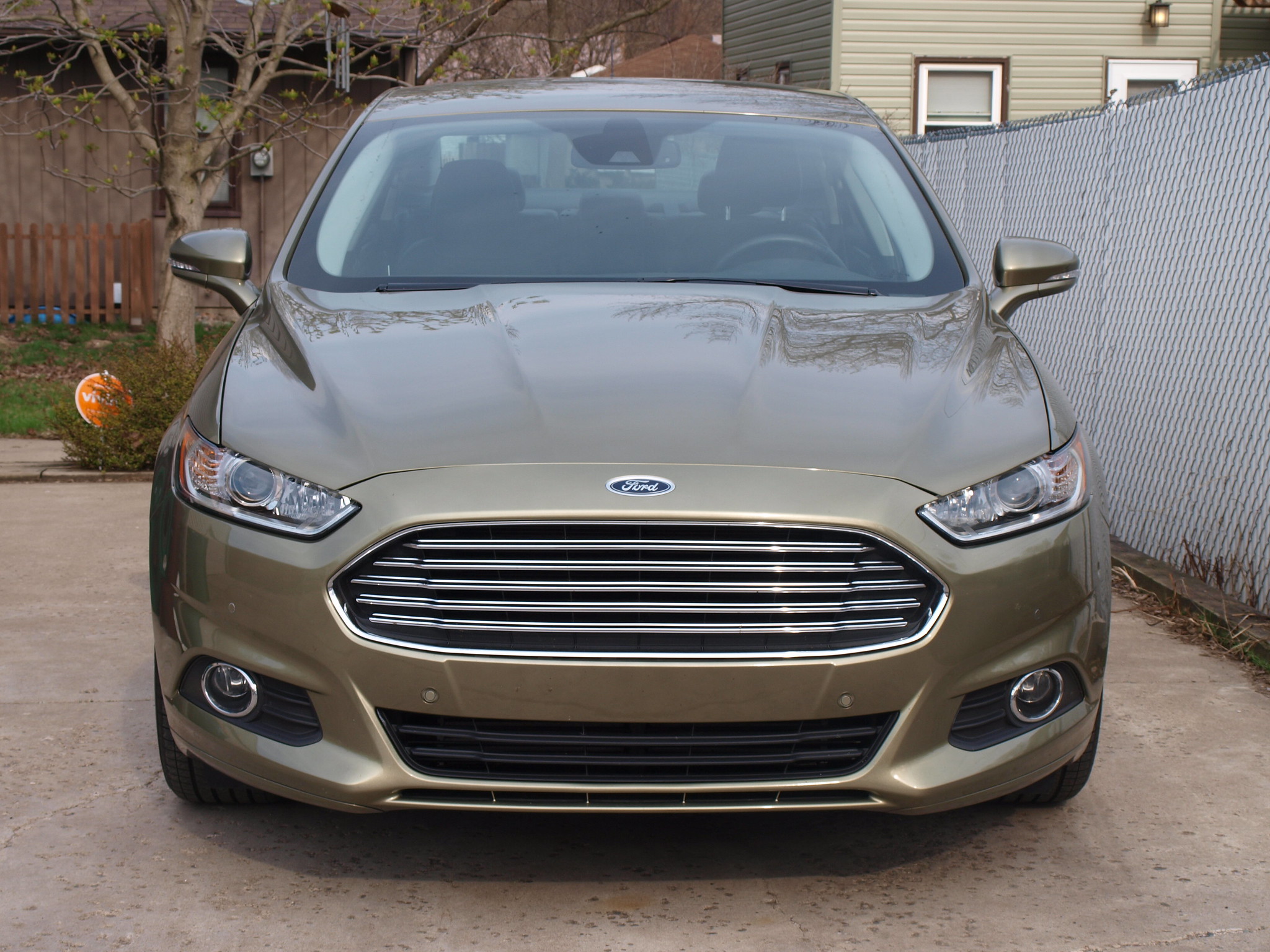 A Victory & Reseda review of the 2013 Ford Fusion

Let me get this out of the way: This is not an Aston Martin.

That was the first reaction when the newest rendition of the Ford Fusion was first introduced. Enthusiasts and pundits alike looked at everything else about the Fusion – then focused on the grille. That texture and shape just looks uncanny. Perhaps we watched out fair share of James Bond movies to simply know what an Aston Martin grille looks like.

Or, rather question whether this was a reject from time of separation between Ford and the vaunted British brand.

Once we woke up to the reality that this is indeed the replacement for Ford's highly successful front-wheel drive mid-sized sedan in North America, another bit of news came across our desks about this swoopy, low-slung, Aston-looking car. It is part of the OneFord program – combining all products sold in a singular segment as a singular vehicle. Therefore, we are not just looking at the new Fusion, but, rather, it will be called the Mondeo when it is sold and built elsewhere on this planet.

Rest assured, it is a Ford – a new look for the brand worldwide. That blue oval badge above the grille does not lie.

Consumers and fleet owners already responded to the Fusion in North America. Sales are good for Ford and mainstream buyers are once again taking a chance at something unconventional – rather, Kinetic (as in the OneFord design language) – that still wears the blue oval badge. In April of 2013, the Fusion was the third best selling passenger car in the USA.

While Ford consumers are proving the Fusion's worth in this hotly contested segment, how does it stack up against its competition? Rather, is this truly the best front-drive mid-sized Ford ever?

Just like the Taurus of 1986 vintage, it does take some retina adjustment to get used to the new Fusion's styling. The long, sleek lines start from that Aston-esque grille up front. If there was not the third glass behind the rear door, you could almost think it is an Aston Martin Rapide – a compliment if one would find one. Nonetheless, it aspires to be a different take on the midsized car and it succeeded beautifully.

Rearward, some grumbled that it looked like a Fiesta or a Focus in the back. Obviously, no one understood how the Kinetic design language was supposed to work. It is a family rear end with a rather small-ish decklid. It does work, as behind the decklid is a huge trunk worth throwing a weekend worth of stuff for four people. Five-spoke, seventeen-inch alloy wheels finish off the upgraded SE model’s look.

Step inside and you will be absolutely surprised. One might think there would be some loss in interior space given the low-slung roof. Not so. A tall driver will find a comfortable and engaging place behind the wheel. A cockpit-like driving space is right for the control needed to take the Fusion on any road. Compliment that with rightly bolstered leather seats that adjust in various ways for any driver. Though it is a mid-sized family sedan, it certainly feels like a driver's car.

Though it feels like a driver's car, the real battle for superiority in the mid-sized family sedan segment is in the rear seat. The Fusion does not disappoint with plenty of legroom for average adults. Do not let the fastback-esque roofline fool you, since headroom stops for six footers. Cabin comfort is very good and active all around.

The latest Ford elements are present on the instrument panel. The center speedometer is flanked with two customizable TFT screens, while the main MyFord Touch screen is ever present in the center stack. Unlike the latest Kinetic design Fords, the instrument panel seems a bit restrained design-wise. However, this is a huge plus, because the interior is straightforward and more functional to use.

Between SYNC and MyFord Touch, sound is sent through six speakers positioned cleverly throughout the cabin. Speakers are even crafted into the upper parts of the doors with the grille integrating the power lock switches flowing to the door latch. You get SiriusXM along with the possibilities of SYNC connections from your portable devices. Bluetooth streaming for phones and music on smart devices is seamless.

What makes the Fusion more of a driver's car is the 1.6litre EcoBoost turbocharged four-cylinder engine. With 173-178 horsepower on tap – depending on the kind of fuel you pour into the tank – it motivates the Fusion quite well. However, it is the 184 pound-feet of torque that will make you a true believer. The absence of turbo lag alone will make a lot of drivers very happy. This EcoBoost came with a six-speed automatic transmission sending power to the front wheels and a stop-start system that is truly unobtrusive. This driveline is an absolute win overall.

Augmenting the fine EcoBoost driveline is a set of driving dynamics that befits the efficient turbo’s mission – and exceeds it. Through post-winter road surfaces full of exposed gaps and potholes, the Fusion’s suspension made easy work of these imperfections by absorbing everything it was served. Nothing shook through the cabin – and this is a good thing in this segment. The Fusion offered a very smooth ride on the better surfaces. Handling was fantastic with minimal body roll and lean in the corners. This thing loves to track through everything and does not mind being chucked around when challenged.

The key to this great handling package is an accurate and perfectly weighted steering system. The Fusion holds the road, but could feel light when it is stuck in a straight line on the highway. Brakes it very good – action is right with accurate stopping power in both normal and panic situations.

The big selling point for the 1.6litre EcoBoost is fuel economy. With the power equal to its competition, one would hope it would also be equal in terms of consumption. The Fusion turned a fuel economy average of 28.7MPG – which is considered "not bad" these days. Actually, that figure is much more livable than what the non-hybrid Fusions used to average in my care.

The Fusion lineup starts at about $22,000. This well-equipped SE model, several upgrades through packaging and other active safety equipment, brought the sticker to $30,975 – a $196,000 discount off of the Aston Martin Rapide Luxury model. There are two grades of Hybrids available – in SE and Titanium – along with the addition of the Energi plug-in model, for those looking for more sustainability out of their Fusion.

Aston jokes aside, Ford simply nailed the new Fusion. It starts with a fresh look designed to inject some soul back into the mid-sized family sedan and ends with a rewarding driving experience for everyone on board. You responded to it by taking delivery at a clip of over 20,000 units per month – making this a leader amongst passenger cars, period.

Going on a limb here, this could be the most important Ford sedan to come along since the introduction of the 1986 Taurus. Forget whether it has front wheel drive or its size and class designation – the Fusion is drawing you back to Ford by standing out in a crowd and making people notice as one drives by.

People also notice Aston Martins, too. Perhaps that has rubbed off on Ford – in a good way.