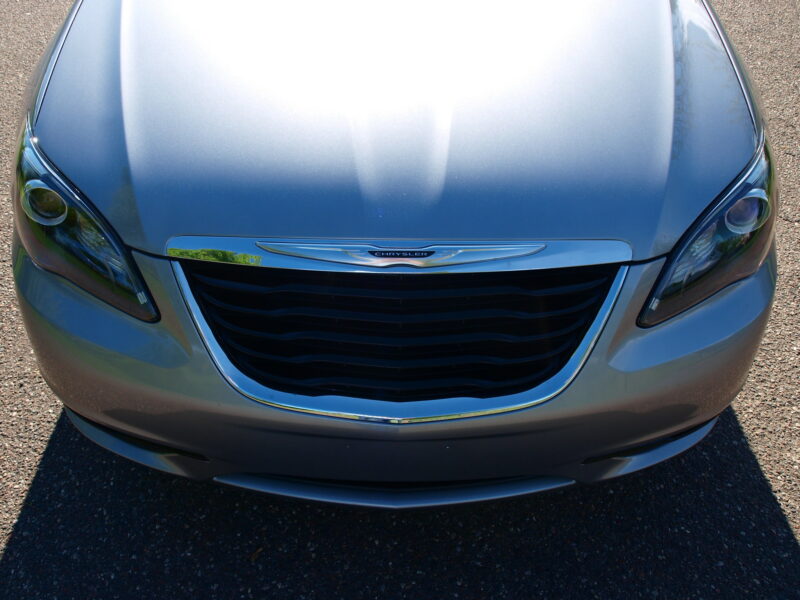 I have a confession to make: I am closet Moparian.

What is a Moparian? It is a social media-driven term of endearment used by Chrysler’s parts, service, accessories, motorsports and lifestyle brand – Mopar. For 75 years, the former "Motor Parts" division embodied the enthusiasm by Chrysler Group's loyal customers regardless of the brand of their actual vehicle.

It began when I was a toddler. It would be insane to admit that I recalled my father's 1965 Plymouth Satellite coupe – a white one with a black vinyl interior and roof – at an age when children were supposed to form sentences. For a child to recall the sound of the starter coming to life in any given Chrysler from the 1960s and 1970s would be puzzling to a any early childhood educator or child psychologist.

It was not the 1965 Satellite that cemented my Moparian status. It was the second Plymouth dad bought – a 1970 Barracuda. It was not one of the high performance models – just a regular old metallic blue model with a blue vinyl interior and a white roof. Yet, it was something truly special. Of the vehicles that were part of my childhood – that was my favorite one.

Just like my Bear identity (with a slight dip in the chub/chaser pool from time-to-time), being a Moparian embodies a sense of pride. There are no parades to attend (except a NHRA drag race or several…or, the Woodward Dream Cruise), flags to fly (though Mopar has some cool swag and clothing available through their website, as well other Chrysler and Fiat brands) or political groups to support (unless Sergio Marchionne gets summoned to Congress for some hearing, then we rally to educate the Members of Congress about "Halftime in America"). Moparians are loyal to the core. We love our freedom as much as you do.

Sadly, I do not own a Chrysler product. There are some in my field that believe I should. Rather, if I did, my objectivity would fall by the wayside when presented with other non-Mopar products to review for you. Still, when something is in your blood, you can never deny what it is in your lifetime. A lesson for all of us, I believe.

There are some occasions when my Moparian side is given a license to run free. For example, when this 2013 Chrysler 200 Touring arrived for evaluation. Granted it is not the soul-stirring Mopar everyone wants me to talk about. It does not wear a HEMI or a SRT badge. Nor is it a Ram truck.

However, the 200 represent something more significant. If you recall a three Super Bowls ago, the 200 took center stage as part of the new Chrysler brand marketing strategy – one that focused on the brand's roots and the air of luxury it exudes. Add Eminem and a choir to the mix, and the winged badge was set to fly. The result was an amazing turnaround for Chrysler’s mid-sized product. What was once the Sebring – a product that some would use in a derogatory manner these days – transformed into an affordable, but premium family transport both seen at the rental car counter and in as many driveways across the country. Both volume and retail sales of the 200 have been the story of a car once maligned, now given a new lease on life.

But, is today's Chrysler 200 enough to engage Moparians, every day consumers and fleet managers alike?

One thing must be made clear here: The 200's history was already chequered before Eminem rolled one up to the Fox Theater in Detroit proclaiming it was "Imported" from the Motor City. In truth, the 200 is built in nearby Sterling Heights – in Macomb County, in case you are keeping score.

It began life as the Sebring with hopes of continuing the success of Chrysler's mid-sized lines from the 1990s. The Crossfire-inspired styling was a bit over the top and consumers found many faults with the Sebring. To reverse the tide, Chrysler went to work on upgrading the Sebring into the 200 by raising interior quality, cleaning up the design and improving driving dynamics.

The exterior is now more distinctive, with its winged badge, distinctive chrome grille texture, reconfigured rear deck and a better choice of wheels. The front lights are fantastic, with a running LED strip on each side and projector lenses. Chrysler did leave the roofline alone, but gussied it up with distinctive touches.

On this Touring model, something else was added to the mix. If you look at the back of the car, you will see an S badge. You may have heard that Chrysler has been adding a bit of sport to their model mix replete with blacked out grilles, embroidered leather seating, larger wheels and the winged badge insert turning from Chrysler Blue to black. The 200 S has proved popular for enthusiasts – in both sedan and convertible models.

However, this S is not the real deal. On the Touring model, you can tick off an appearance package that looks like an S. It actually fooled plenty of people to know that this S is not the hopped up 200 everyone is talking about. Still, it looks pretty darn good – for a 200 Touring.

There are some dead giveaways for it being just an exterior package. Inside is the basic black Touring interior in cloth and with specific S instrument dial set. The biggest improvement from the Sebring to the 200 is right in front of the driver – with better materials and instrumentation. One complaint everyone had with the Sebring was the sight lines for all of the instrumentation That problem is resolved with better steering wheel diameter, thickness and positioning. It also helped to ensure you could see the gas gauge easier towards the center dial.

The center stack is dramatic, starting with the white-faced and chrome Chrysler analog clock, leading down to the touch screen audio system and climate control knobs. The shifter has a better feel, as does almost every surface of the cabin. Though it did not come with navigation or a rear-view camera, you still get USB device connectivity and Bluetooth connection for your phone – all through UConnect. SiriusXM is available along with a 40GB hard drive to load your favorite songs and albums onto – all piped through six speakers throughout the cabin.

Seat comfort is not bad. You get manual lumbar adjustment along with power seat controls. The bolstering is minimal, but the seats do put you in place once it gets to know you. Room up front is good, but overall rear seat room is about right for an average-sized adult.

The other dead giveaway that it is not a "true" S is under the hood. Chrysler offers the 2.4litre four-cylinder World Engine under this model's hood. This tried-and-true motor sends 173 horses to its front wheels though a six-speed automatic transmission. It does a good job keeping up with traffic and getting around town. You will feel some loss in power on passing and some uphill grades. Still, this engine is not a bad choice, though some of my Mopar friends will persuade you to upgrade to the 3.6litre Pentastar V6. That is truly the engine to get in the 200 with 283 horsepower, the same six-speed automatic gearbox and all of the power right from your right foot.

Even with the four-cylinder engine, the 200 is actually quite fun to drive. The ride is very smooth and road imperfections were absorbed without shock into the cabin. Through the curves, the 200 is poised, neither soft nor firm. You can feel a bit of lean and roll, but not enough to cause concern. You can thank that to some suspension re-engineering for the 2013 model year. Steering was competent with enough feedback from the road, but a tad less sharp on tight turns. Brakes were very good with great reaction on normal and panic stops. In all, the 200 was great fun to trek between car events and the day job.

The surprise in the 200 with the four-cylinder was in fuel economy. The average consumption rating was 24.4MPG, lower than its direct rivals. You could achieve higher numbers on long stretches of highway – the highest reading was 30.2MPG.

Moparians will tell you that driving the 200 is more than enough to be a part of a loyal customer base. It is good enough to fly the "M" flag high and proud. The S package makes it even better – it shows you care about your Moparian status and want more out of it.

However, we Moparians – including us who are not current owners – care about our products. We talk about what we really want out of our Mopars and Chrysler actually listens. Considering that a new model is looming some time next year, my only suggestion is this – make the S model a standalone offering. Make it desirable – Pentastar V6, the upcoming ZF nine-speed automatic…maybe a manual for the enthusiast. Oh, and while I am at it, put in that new Tigershark 2.4litre that is due in the Dodge Dart with the Multiair system. That will resolve the concerns about the current 2.4litre offering.

Besides, we Moparians are a forgiving lot. Simply because we care about the folks we interact with across the interwebs, social media – from Auburn Hills to right down the street. We are enthusiasts who do not see our Mopars as just mere transportation.

Think of the Chrysler 200 as not just mere transportation. It is a membership card into a pretty cool club – except your car is Imported from Sterling Heights, Michigan.