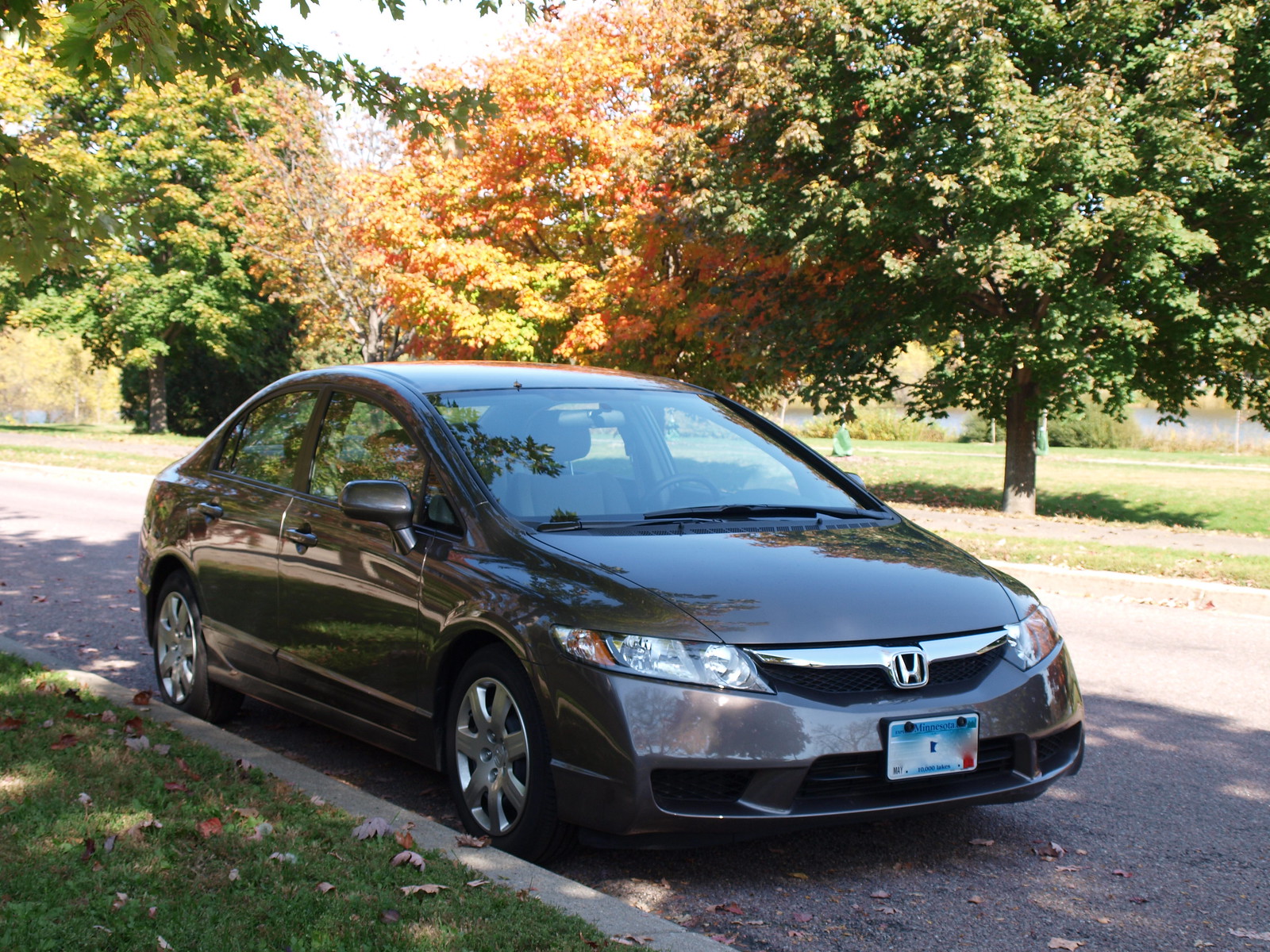 A Victory & Reseda Throwback Review of the 2010 Honda Civic

In 2008, I entertained the idea of buying or leasing a new car. What I did not make public at the time was I did come up with a particular vehicle in mind.

In the research process, it came down to a few compact sedans based on various criteria. Why a compact? Price tag – for starters. Fuel economy in relation to fuel prices at the time made sense to go with a compact that would accommodate three people – myself included. It would be a guilt-free conveyance that had a history of reliability and high-quality quotient and was easy to operate.

Towards selecting a car to meet these criteria, I did my research. It is something I do even today as a blogger/journalist. I made my comparisons, attempted to drive the cars – rented them for the weekend, when available. Every car had its own competencies, but I wanted the most out of the kind of money I wanted to spend on it.

Yet, there was one car that was parsed out in the research. One singled out for being superb based on various factors ranging from ownership experience to ergonomics to performance. Again, I like the Elantra for being a mainstream compact sedan with a dash of style in high value. Yet, if I wanted to be daring design-wise and experience the same engineering and performance of my old 1991 Acura Integra – there is one particular compact worth buying: The Honda Civic.

My sights were on the 2009 Civic – the revised version of the eighth generation model making one of the company’s chestnut products a bit more glamorous. It was tastefully done, I’ll add. Even after adding XM Radio to an already perfectly equipped LX sedan with automatic transmission, I would walk away with one under $17,000 or lease it for around $210 a month – in November 2008, that is.

Why didn't I get one? In August of 2009, I was laid off from my day job. Thanks to the global economic crisis. End of story.

Regrets? Not going to get into it. But, funny thing – I never had a chance to drive one. Not even a test drive. Then, I rented one – finally.

The 2010 LX sedan automatic I sampled did not come with XM Radio (it is actually a dealer accessory), but it was well equipped with all of the popular goodies for mainstream American audiences: Power door locks, power windows, cruise control, air conditioning, auxiliary jack and AM/FM/CD-MP3-WMA audio system. Again, this would be the exact automobile I would have owned or leased two years ago.

After years of missed opportunities and economic stomach churning, what was the 2010 Civic LX sedan like?

First of all, the exterior is uniquely Honda. One thing I admired about Honda was their ability to push the envelope in design framing each model somewhere between polarization and mainstream trends. Something that is now evident today in the tenth generation Civic and the upcoming new Accord. There are times when I look at a Honda and simply yawn – because there’s not an element of surprise from them as in years past. Though, I will admit that this eighth generation of Civic took me by surprise. It certainly made it clear it wasn’t going to follow anyone’s design trends to retain their second fiddle position in the compact class.

In other words – it's a different planet than a Toyota Corolla. The interior reflects this notion exactly! I've had enough driving time in contemporary Insights, Accords, Fits, and Elements to know what to expect in the Civic. There are the same amount of quirks and quarks in the Civic’s instrumentation and switchgear. Where the Civic excels is in overall comfort. The seats are bolstered nicely, and fit my backside just right for me to settle in for a sprint across town or a jaunt on the highway. The Civic’s low cowl is pronounced presenting a huge windshield to see the world ahead. It's straight out of my old Integra.

The only difference is the split instrumentation set-up. Similar to the Insight, there is a digital speedometer almost to the edge of the windshield, while below and closer to the steering wheel is the tachometer and the barrage of warning lights. With the speedometer, you get a digital fuel and temperature gauges. Compared to the Insight, I liked the set-up on the Civic better. At night, there is a symphony of blue that helps you get home safer!

My only objection is the small steering wheel. If I'm presented with a steering wheel about the same size as one in a Formula 1 or IndyCar, that tells me I have to drive like one. I advise you otherwise – though you have to admit that steering wheel on the Civic is quite fun to play with.

Powering the Civic was perhaps one of Honda’s most venerable mills: A 1.8litre SOHC 16-valve i-VTEC monster spewing 140 Horsepower. That's about the same as my old Integra – except the Acura had two camshafts. Power was channeled through a five-speed automatic gearbox that makes superb work of this lovely motor. It's not as free revving as the Integra – but, who cares! I loved the pickup on this thing!

It rode very smoothly – which is exactly what I had in mind for a compact sedan. It does handle well, but it will lean – maybe not as pronounced as some softer riding compacts I drove in the past few years. With the smaller steering wheel comes quicker steering control. I like how the wheel reacts well with the steering box. Oh, and boy does it stop – nicely, I may add…

As one of the criteria for buying or leasing a new car two years was to leverage high fuel economy with the need of spending more for a hybrid or diesel. In my loop, I managed only 25.3 MPG. The reason? My lead foot was the culprit – otherwise, I’d expect somewhere north of 27.0 MPG for city driving. There are several questions that must be asked: What if we didn’t have the Recession back in 2008? Would I have been able to go forward to buy or lease a car? What if that car was the Honda Civic sedan? Would I have made the right choice?

From a purely enthusiast standpoint, the 2010 Civic provided the fun enough to keep me engaged on the road. There were plenty of cars I considered – the Mazda3, the Hyundai Elantra, the Kia Spectra…to name a few. The advantage I see in the Civic is a more comfortable position behind the steering wheel. They have turned out to be very competent cars with high style and superb reliability.

The Civic wouldn't have been the perfect choice in 2008. There would've been some agony and minute buyer's remorse if I went for the Civic. Perhaps that is why I honestly have no regrets with my decision not to buy or lease a car when the economy went to the toilet.

PRE-OWNED VEHICLE INFORMATION: Per a search on several car shopping sites, V&R found there were several 2010 Honda Civics available between $5,400 and $10,500. Mileage and condition vary, but most were found with over 75,000 miles on the odometer, the highest being over 189,000 miles. Always have any vehicle inspected before purchase.