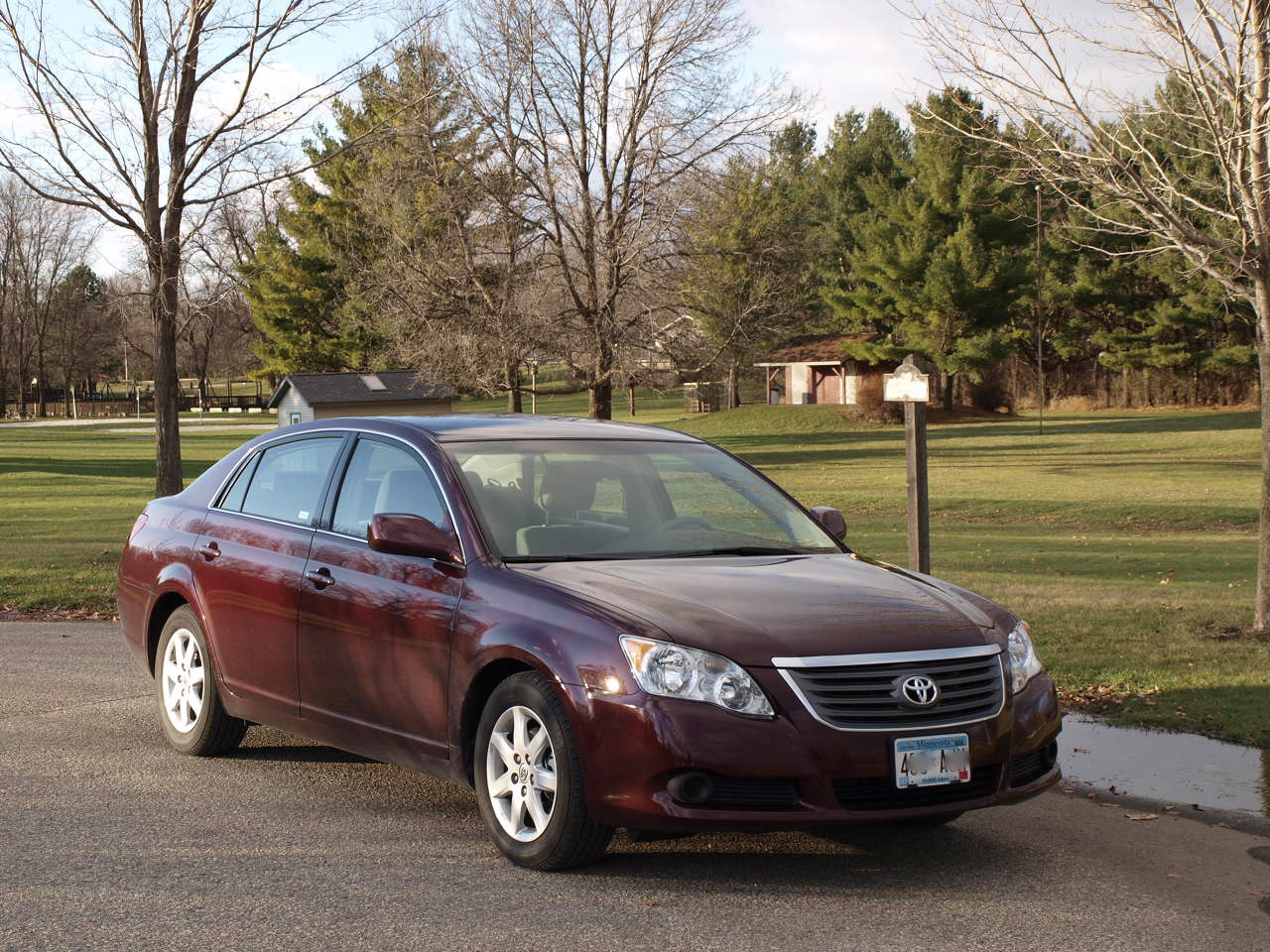 A Victory & Reseda Throwback Review of the 2009 Toyota Avalon

Ageism. At 53, I get some of it. Sometimes it is in jest; other times with intent to demean yours truly.

One such event of ageism through jest came with a discussion of whether a friend in Janesville, Wisconsin about nine years ago. He wanted to replace his Pontiac Grand Prix GXP for a Chevrolet Traverse crossover. When I suggested that he also look at the Buick Enclave, the upscale version of the Traverse, he rejected the idea based on the stereotypical demographic the brand attracts. He even said that I was a part of said demographic…in jest, of course.

I wasn't entirely offended. I know I'm getting older, but I also know that I have respect for Buicks over the decades. I'll even offer up that I know many people of all ages who either own Buicks and had one before…and enjoyed them. No matter how soft, cushy and pillowy their driving manners were, Buicks used to speak to the type of driver who wants to not care about the world around them.

Back in 2009. that was the image of Buick as reflected by its new car demographic of the time. That has since changed, as Buick customers are now younger these days.

The image of a vehicle attracting an older demographic still holds a stigma against it. Nobody wants a car their parents or grandparents drive. That was the problem Toyota had with their large sedan – the Avalon.

Back in 2009, I rented a couple of them for various reasons. One was to do a site visit of a former graduate school cohort who ran the Rochester Art Center. The other was for a post-layoff road trip into Wisconsin to see a few other friends and do some deeper exploration of the state for the first time since I left it in 2004. Both of them were similarly equipped – the 2009 XL model – and offered practically the same experience.

The generation of Avalon being discussed here is most certainly far removed from the recent ones I reviewed. The gist of what I gleaned from my two stints in this car was the correlation with similarly-sized Buicks of the time. This was what I explored in 2009 and found myself trapped in the comparison itself. Not without some exploration on this thesis…

Before we get into the real comparisons, one thing must be said about the 2009 Avalon. Granted Toyota had some vehicles that are easy on the eyes that year, such as the Yaris hatchback and the RAV4. There are a couple that is, at best, iconic, such as the Prius. Then, there are designs that fall flat on their face. There was an image of Toyota's design execution of being bland and conservative dating back to 1994 or thereabouts.

I recall not being overly enthused by the 2009 Avalon's styling. Some might say that it went too far to attract customers. I thought it did not go too far to stand out. It simply blended, even with some odd shapes and styling. It did go through an update the year before, giving it a better grille texture and taillight lenses. It would go through another update in 2011 before the introduction of the current generation Avalon for 2013.

Inside of the 2009 model felt like a mix between Buick, the Hyundai Azera of the time and a Buick. There are plenty of familiar Toyota details mixed with some interesting wide-body cabin features. The blue screen next to the instrument cluster (not to be confused with Microsoft Windows' infamous “blue screen of death”) gives a mix of reading for the climate control, audio system, weather, and fuel consumption information. The driving position was seen as tall with a low cowl. This is fine even for someone who prefers his instrumentation right in front of him. The seats were big, but give you the right mix of comfortable and firm. It makes driving more important from this vantage point.

Propulsion for the 2009 Avalon came from a powerful, quiet and familiar 3.5 liter V6 employing 268 horsepower. This has been the same engine found on a lot of Toyotas over the time and remains one of the more flexible powerplants today. The V6 was connected to a 6-speed automatic that is smooth in going through the gears and getting the big car rolling along the highway. In fact, this driveline is still available on the Avalon today – the horsepower hasn't changed, either.

Overall, I must have averaged around 24-25 MPG considering a number of miles I put on both 2009 Avalons. For a large sedan, that was considered very good for the time.

This car has a supple and smooth ride…just the way I wanted the 2009 Avalon to feel like. This generation of Avalon rode on an extended Camry chassis with a completely different shell. It’s handling is a bit off, but I blame that on a softer suspension set and the 16-inch wheels employed on the base XL. The braking made all of its stops superbly.

The biggest surprise was the steering, perhaps the tightest of any big car I had ever driven up to that point. Want to make a u-turn? No problem. It does it smoothly and swiftly without wondering if you'll hit a curb. That simple fact blew me away in the miles I put on both 2009 Avalons back then.

Yet, I've been fortunate to drive a lot of different Toyotas over the decades. A common thread with each Toyota has been the solid foundation where familiar components, sounds, and functionality are of the highest level of satisfaction. Yet, there are some Toyotas I would be happy to drive again above other models in the lineup.

There goes your demographic argument.

PRE-OWNED VEHICLE INFORMATION: Per a search on several car shopping sites, V&R found there were several 2009 Toyota Avalons available between $7,900 and $13,000. Mileage and condition varies, but most were found with over 87,000 miles on the odometer, the highest being over 134,000 miles. Always have any vehicle inspected before purchase.