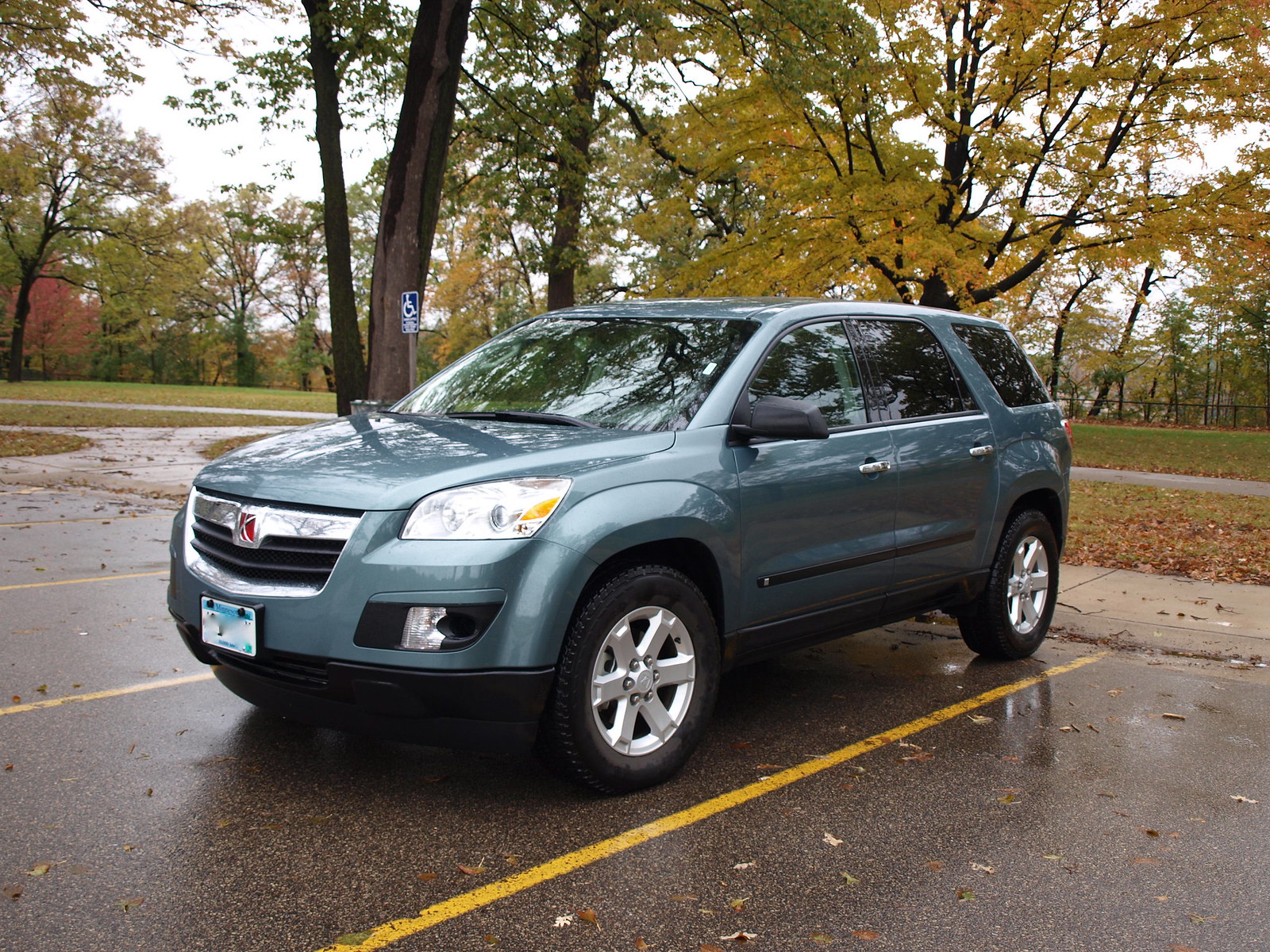 A Victory & Reseda Throwback Review of the 2009 Saturn Outlook

How could I discuss another automotive nameplate being euthanized? How should I honor it? It would depend if there were any of said nameplate’s products around to drive.

Well, I found one. It's not a Pontiac, but rather a Saturn. You remember Saturn? You remember that General Motors was supposed to sell the brand and its retailers to an independent company and commit to building on contract a run-out of two products through 2011. A buyer was found. However, said buyer couldn't find a partner to contract build products for Saturn. Therefore, the deal was nixed.

The termination of the deal left GM holding the bag. Instead of finding another buyer, GM decided to throw the bag away – just as did Pontiac – expecting to run out in a year's time.

It is a shame, really. Since 1990, Saturn created a lot of memories and loyal customers. It was about to embark on some creative ideas to transform the brand into something even more special. Unfortunately, no one was buying. Not even its most loyal customers. These customers still wanted cars with easily replicable plastic body skins, optimal fuel economy, and affordable prices. Instead, it got overpriced rebadged Opels, minivans, roadsters, and crossovers. This product mix became an Achilles heel to GM. At bankruptcy, Saturn became part of the old GM. At a range of time to be determined – Saturn simply became a footnote in history.

To pay homage to this soon-to-be-tossed-in-the-garbage-bin brand, I picked up one of the anti-Saturns, a 2009 Outlook XE crossover with all-wheel-drive.

The reason why I call it the anti-Saturn is because it has emerged from the mainstream (and successful) GM Lambda platform without regard to the tenets of the brand. A Saturn is supposed to have emerged from the first S-Series models, like the one my brother and his wife had when they first came out. I expected simplicity, functionality, and practicality. Instead, I got a large crossover that could crush an old S-Series sedan on impact.

I have been prepared for this Outlook beforehand. Earlier in 2008, I took a brief drive in a friend's Chevrolet Traverse around Janesville, Wisconsin. It was a solid vehicle and performed admirably for its bulk. However, the Traverse spots four inches over the Outlook, which translates into a larger cargo hold behind the third row of seats. These four inches will come into play as we discuss the monster Saturn further.

Outside shows a few Saturn quirks that you’d expect from the ringed planet brand. Sadly, you will not find plastic replaceable body skin panels. Instead, you get some squared off details all around. It is quite masculine for a Saturn.

Inside is quite roomy and comfortable as I expected from a Lambda platform crossover. Yet, I have to say how much I appreciate a "normal" instrument panel setup compared to the Traverse. The cool Camaro-esque-cum-Malibu/LaCrosse uber modern design was not even considered for the Saturn. I like the subtle luxury touches, but it does pay homage to the simplicity in Saturn design. It's big front seats helped as I had screwed up my back before taking the wheel of the Outlook. Too bad it wasn't equipped with a massage function. Cargo space is expandable with easy-to-use folding seats in rows 2 and 3. Think of the stuff to haul back there! Even for the loss of four inches to the Traverse, it can do much more than you wanted from Costco runs to a Best Buy shopping spree.

Under the hood is another GM High Feature V6 displacing 3.6 liters with 281 Direct-Injected horses on tap. At my disposal was a six-speed automatic running through all wheels. This is perhaps the best drivetrain you will find in these large GM crossovers – the Buick Enclave and the Traverse included. I happen to enjoy the flow of power this setup provided me, consider its driving 2.375 tons of machine.

For its bulk, it's a solid driver. It absorbs road imperfections without a wince. The Outlook handles quite easily in and around traffic. I love the steering response on this large crossover as it makes easy work of u-turns and curves alike. Oh, and it stops like any other GM vehicle I can name off the top my head – with assurance and confidence.

However, there is one important downside to this lovely crossover. So far, I've been lucky in the fuel economy loops with SUVs and crossovers, coming in between 19 and 23 MPG. That used to be considered pretty good for these hulks. Well, this Saturn drank like a 2.375-ton hulk. With a consumption mark of 16.1 MPG, I wondered if saying "good riddance" would be a better send off for the ringed planet brand.

Even for my family and friends who owned Saturns, they certainly could not recognize the company that once provided easy-to-drive, easy-to-fix compact machines. It's not that the Outlook is a complicated matter – it simply defies the essence of the "different kind of car company" Saturn called itself. In a year's time, you won't find a new Outlook. Probably a certified pre-owned one, but an albatross when you can get new Lambda platform models by the time the brand closes shop.

It's a matter of justifying a soon-to-be-orphaned beast, to begin with. A nice driving one, though.

PRE-OWNED VEHICLE INFORMATION: Per a search on several car shopping sites, V&R found there were several 2009 Saturn Outlooks available between $6,900 and $13,000. Mileage and condition vary, but most were found with over 85,000 miles on the odometer, the highest being over 163,000 miles. Always have any vehicle inspected before purchase.