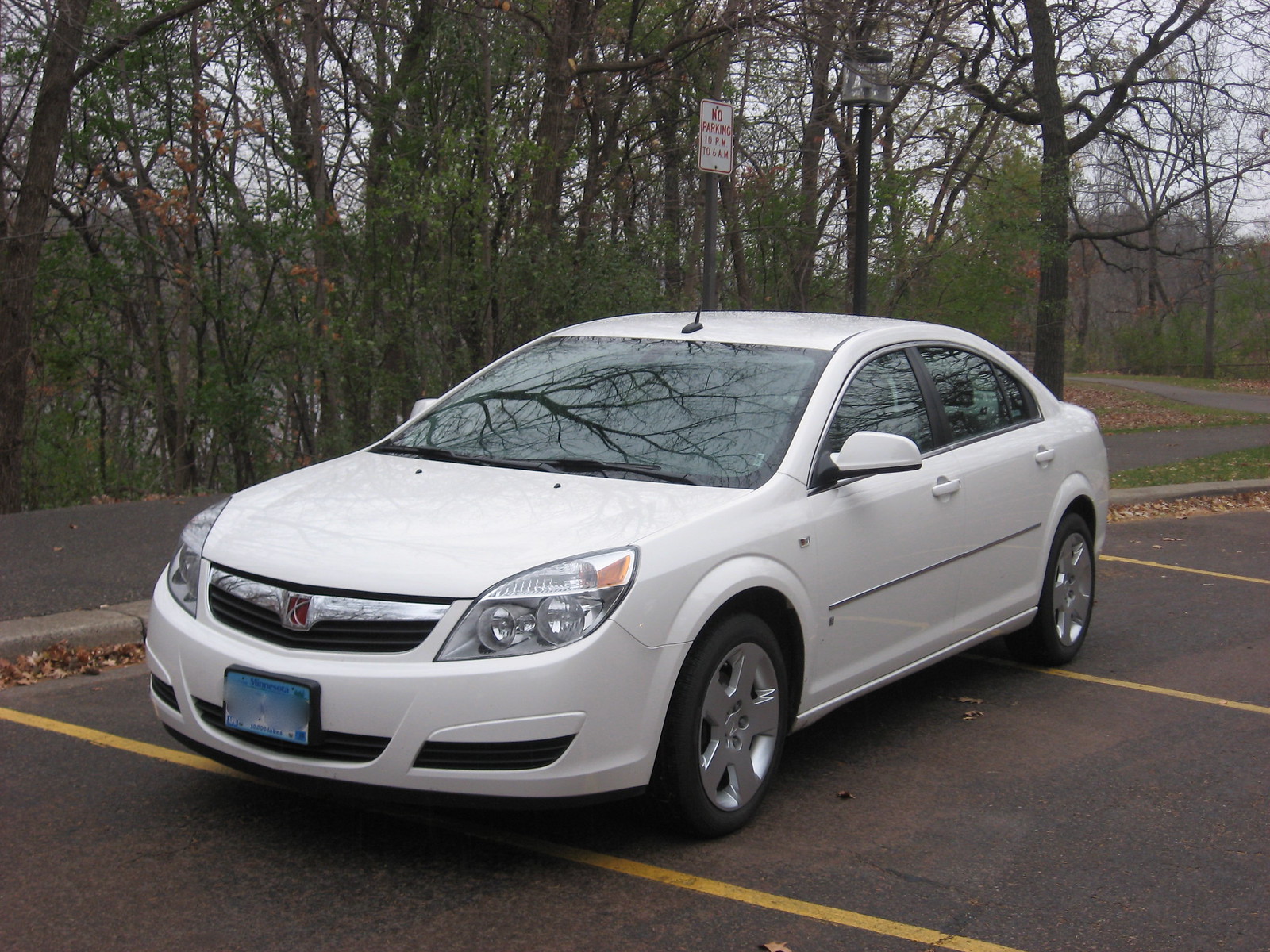 When I get behind the wheel of a car I would consider buying, I let nothing get by me. Details are just the beginning. From there, I have no qualms about making this a game of inches. Fuel economy, driving position, rear seat room, ergonomics...wheel travel.

A Victory & Reseda "Throwback Review" of the 2008 Saturn Aura

Another mid-size sedan…another drive for scrutiny.

When I get behind the wheel of a car I would consider buying, I let nothing get by me. Details are just the beginning. From there, I have no qualms about making this a game of inches. Fuel economy, driving position, rear seat room, ergonomics…wheel travel.

You'd think that every car I drive would hold up to a set of standards not worth compromising. You’re absolutely right.

Add the Saturn Aura XE to the shakedown. The Epsilon platform provided many choices for GM to strut their stuff. The Aura was conceived as North America’s true cousin to Europe's Opel Vectra. Yet, this is a car that also shares its basic components with the likes of the Chevrolet Malibu, Pontiac G6 and the Saab 9-3.

The globalized Saturn is built in Fairfax, Kansas, far from Spring Hill, Tennessee as it is from Russelheim, Germany. I'm still trying to wrap my head around Saturn's new approach to "Rethink American," but now I understand. Since Oldsmobile is no longer in existence, the ringed planet effectively replaced the old rocket in the marketplace.

As I drove the Aura, I kept on asking myself whether this car is right for those S- and L-Series owners looking upwards, or is it more for the Alero and Intrigue owner?

There is a like to like about the Aura. My sample had the 3.5 liter V6 instead of the ECOTEC 2.4 liter now standard for 2008. The six is fine, but fuel economy is a definite issue. Though I turned a 23.5 MPG loop in the short time I sampled the Aura, it is still not enough to consider the six over the new standard ECOTEC motor.

Driving the car is a definite change from GM norms. It has a European feel, but it is also flawed with some components. For example, the Aura was shod with Hankook tires that transmitted road imperfections through the cabin. Otherwise, it does handle, ride, steer and brake very well. It is good driving car for a larger Saturn sedan.

Inside is a different story. The front seats were uncomfortable. It is also shrouded in hard plastic to make things more difficult. The bolster adjustment didn’t help in this matter. However, once I pushed the steering wheel all the way into the instrument panel, I actually cleared the door opening without brushing against the center pillar. That did not ease the frustration over the lower door well hump I had to clear to get my feel in and out of the floorboard.

In the back, the roofline will created havoc for anyone my height and shorter. The legroom was decent, though. I found things to be more manageable in the 2008 Chevrolet Malibu that I previewed during my time in the Aura.

Overall, it is a decent car in terms of quality. GM has been making strides to improve quality on all fronts and the Aura is an example of how much GM has improved. There are plenty of hard plastic, but it is enough for the Saturn owner not to feel put off by it.

Oh, and look, it has OnStar. A good thing, right?

To my friends who are Saturn owners, I speak with disappointment of my mixed feelings about the Aura. I truly had high hopes for the Aura. Since all of you own cars that were built and designed at Spring Hill, I leave it up to you for final judgment. But, take it from me, you will find fault with the Aura. You may be disappointed.

To offset my disappointment, I cannot wait to get my hands on a 2008 Chevrolet Malibu. Though they are built side-by-side, the Chevy has some distinct advantages over the Saturn, including slightly improved rear headroom. However, if I must have a GM and rear seat comfort is of utmost importance, I will have to take the bitter pill of fuel economy and go with the Chevrolet Impala. It is not as well finished off as the Malibu and the Aura in some cases, but one can live in comfort in the back seat as I chauffeur you around. On the plus side, the Impala LS can also run on E85 ethanol.

Yet, I will applaud Saturn's efforts to get consumers to "Rethink American" with their Opelized lineup. Still I believe that a lot of people will buy into it. I'll pass on complete judgment until the Astra arrives from Belgium into Saturn dealerships after the first of 2008.

PRE-OWNED VEHICLE INFORMATION: Per a search on several car shopping sites, V&R found there were several 2008 Saturn Auras available between $2,900 and $10,000. Mileage and condition varies, but most were found with over 90,000 miles on the odometer, the highest being over 186,000 miles. Always have any vehicle inspected before purchase.