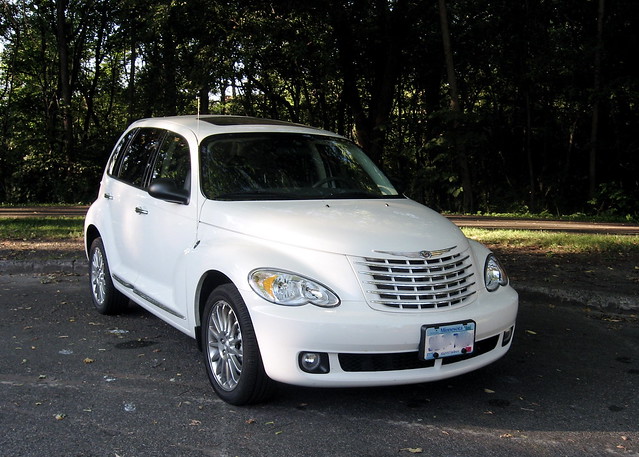 A Victory & Reseda Throwback review of the 2008 Chrysler PT Cruiser

When the Chrysler PT Cruiser was introduced in mid-2000, it caught a lot of people's imagination. By the time I left DC, I was still in awe of DaimlerChrysler's throwback vehicle. That began to wane after coming to Minnesota and driving my last PT Cruiser in 2005. Then I realized how much my driving tastes have changed.

It is not the PT Cruiser became less remarkable in the course of a few years. The design is still iconic to a flock of loyal owners. Other than the MINI Cooper, the PT Cruiser offers plenty of customization for owners to transform their rides into anything they want. Chrysler still offers the limited edition Dream Cruiser with the latest unveiled during last weekend’s Woodward Dream Cruise in the Detroit area.

Back in 2000, I gushed with excitement as I drove my first PT Cruiser. I was just as excited when I tooled around in a corporate wrapped Cruiser from my then-employer around parts of Wisconsin and Illinois two years later. However, the fun stopped. As mentioned before, it was my last PT Cruiser that did it. Still, I resigned to the fact that it still has a purpose in his market as a retro machine on an older platform that still sells to fleets and anyone who’s daft enough to own one.

Hence my trepidation when I picked up my 2008 Chrysler PT Cruiser Limited with the 2.4litre turbocharged engine. But, I’m a trooper sometimes, so I went along with the gig.

The PT Cruiser is still recognizable. A few years ago, Chrysler revised the vehicle with integrated front bumpers and a few nips and tucks in various places. The platform remains the same since its debut, which doesn’t feel as old as it should. One would hope for a more modern platform, such as the Chrysler products being built at Belivdere, Illinois (the Dodge Caliber, Jeep Compass, and Patriot), but Chrysler kept the old flame going, unlike BMW’s turn to restructuring the MINI Cooper without deviating from its basic shape and driving behavior.

One complaint that I must lodge: The front doors are pretty short in depth. Big people, please be aware of how you navigate your egress and exit behind the front seat. Otherwise, there's plenty of room inside for you, a few others and your luggage. 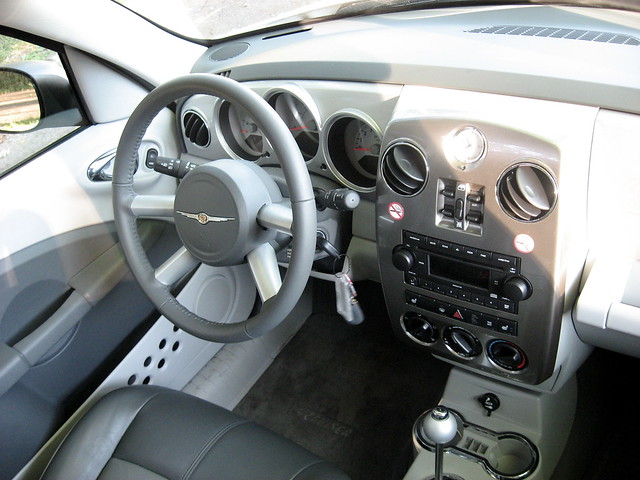 Inside, I was hoping to sink into a comfortable seat behind the wheel, similar to the Caliber. My Limited 2.4T had leather seating, which is nice…but were uncomfortable. The rear seat is certainly left to be desired. The second-row seats inside the Toyota RAV4 are a bit more comfortable than the ones in the PT Cruiser.

Where the magic begins is when you decide to bring something substantial home inside of it. The rear seats fold down with the cushions in place, you set the cargo tray down to the same level of the folded seats, and then you fold down the front passenger seat’s seatback. Want more? Fold one of the sections of the rear seat towards the front and remove it. Once you remove the cargo tray, you have a higher storage area without folding the front passenger seatback. I’m sure everyone knows this drill, but knowing that you have this kind of versatility is assuring.

On the road, I certainly enjoyed the luxury of Sirius satellite radio (I was jonesing for some Jamie Foxx, Larry Flick and Chris Moyles) and the sunroof of my example. The Cruiser made its way around the area from being left at a park-n-ride for the Minnesota State Fair to attending the Wheels of Italy show in Minneapolis and a run down into rural Southern Minnesota.

What was once a fun car to drive is less so on various fronts. The steering wheel is huge and the turning radius is just as big. It is like driving a short bus, despite being much lower to the ground. Certainly, the ride is decent, the handling is less so. The Goodyear Eagle RS-As attached to the 17-inch chromed wheels are pretty decent as well. There were brief moments of fear when going through the corners and curves. Brakes work just fine, thank you. 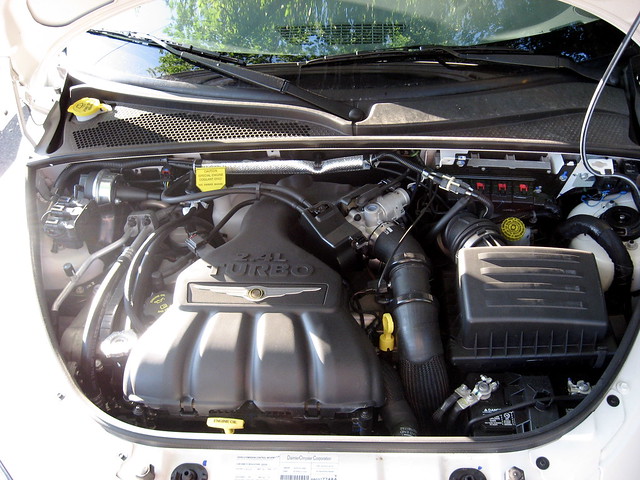 Underneath the retro hood is the older version of the 2.4-liter motor. When it came to divvying up the World Engine throughout the partnership, they seemed to forget about putting it into the PT Cruiser. My example is turbocharged…and not the same turbo 2.4-liter found inside the Caliber SRT4. There is a 100 horsepower difference between the two. There are times when you felt the turbo lag, which is quite annoying when I'm not used to it. Keep in mind the PT Cruiser's engine has its origins going back to the first Dodge Stratus/Chrysler Cirrus. The transmission also feels as old with four conventional automatically shifted gears

Turbocharged engines usually come with a fuel economy penalty. For a vehicle that normally gets 21-22MPG without the help of a blower, this PT Cruiser turned 19.1MPG on its combined loop. Not bad…and a lot better than I thought at the beginning of this turn with this vehicle.

That seems to be the theme of this latest turn in the PT Cruiser. It is one of surprise, tolerance and accepting the fact that it may not be around for much longer. With the convertible eliminated from the lineup, there’s not much development left on the Neon platform to consider keeping the retro crossover. This is an extinct bird. 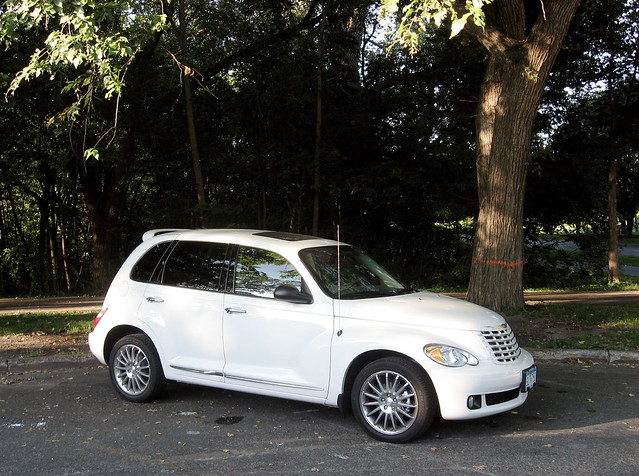 All has come full circle. Chrysler's contribution to the retro movement will indeed have a lasting effect after the last one rolls off the Toluca, Mexico assembly line. Memories linger for remarkable and memorable vehicles. The PT Cruiser will become one of them, if not already.

PRE-OWNED VEHICLE INFORMATION: Per a search on several car shopping sites, V&R found there were several 2008 Chrysler PT Cruisers available between $2,200 and $7,100. Mileage and condition vary, but most were found with over 63,000 miles on the odometer, the highest being over 158,000 miles. Always have any vehicle inspected before purchase.