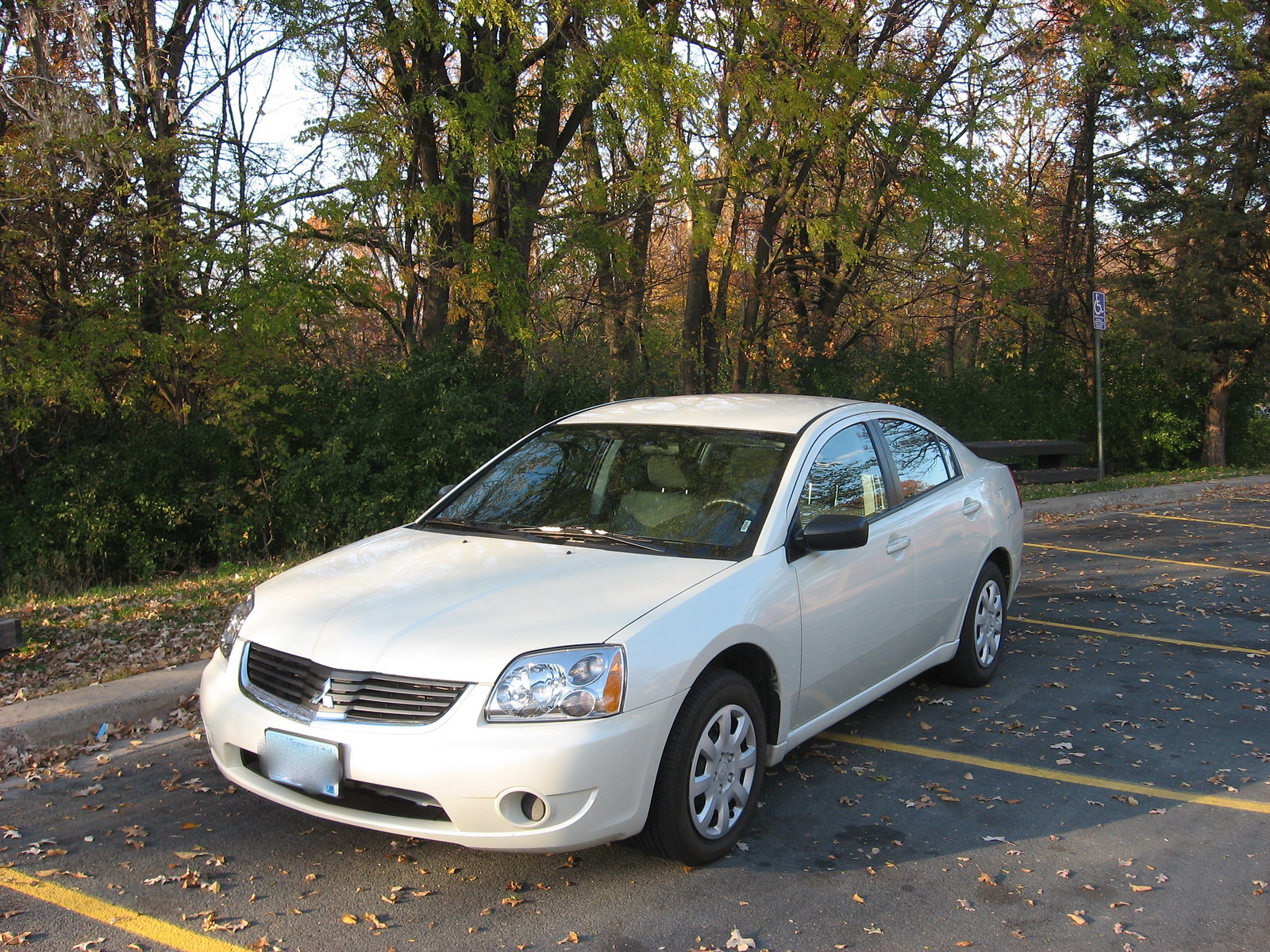 Questions to ponder, but pertinent ones to consider when shopping for a mid-sized sedan. Since everyone has a car that claims to match up with the dominant paradigm in the market, the Toyota Camry, it becomes a challenge to find the one that is right for you.

A Victory & Reseda "Throwback Review" of the 2007 Mitsubishi Galant

When is a sedan just a sedan? When do you realize that you cannot drive something so mundane that you forget how to drive?

Questions to ponder, but pertinent ones to consider when shopping for a mid-sized sedan. Since everyone has a car that claims to match up with the dominant paradigm in the market, the Toyota Camry, it becomes a challenge to find the one that is right for you.

Perhaps you want something middle of the road. Maybe you don’t care if you have the most powerful four-cylinder in its class or the most room of any car this side of the Chevrolet Impala. Why stand out when you can blend…a bit.

May I offer up the Mitsubishi Galant ES as a choice in the market? My sampling of the Galant brought some of these questions. The answers may surprise you.

For one, it is not entirely boring. The styling may not stand out, but it is several steps from appliance status. There are plenty of crisp lines that fold in and tuck for some visual affirmation. Its roofline and glasshouse has been copied by a few other vehicles in its class, which can attribute to Mitsubishi’s originality in the marketplace.

Inside, you can see more of Mitsubishi's ideas in play. I love the idea of the display for the audio and clock at the top of the instrument panel with the controls below. This was originally a European design that Mitsubishi tried first here. Now, this idea is slowly being accepted into vehicle design on this side of the pond. I also love how there is a sea of blue light when you drive at night. The coolness factor alone makes driving the Galant a treat after dark.

Comfort is important and the seats adjust to your body nicely. What I wished the Galant had is a telescoping feature for its steering column. Since more cars are doing the tilt and telescope adjustments for their cars, the Mitsubishi can benefit greatly by it. In the back, there is plenty of legroom, but anyone taller than six-feet will have to contend with the roofline's angle. I also had some trouble with the roof above my head in the driver's seat. If I moved forward, I would end up on the upper threshold of the windshield. Yet, if I lowered the seat, I would feel as I am driving a sports car. Neither is acceptable in a mid-size sedan these days.

Power comes from a 2.4 liter four-cylinder motor, which I thoroughly enjoyed. It had more than enough performance to pull away in traffic and tool around town. It also responded to my foot quite nicely. You’d think you were driving a six-cylinder, but the noise will tell you otherwise. The four-speed automatic transmission was adequate, but I hope it can spawn another gear in the near future. Everything else felt like a decent American full-size sedan, which meant a smooth ride, decent steering, good braking and a pronounced cornering lean. I was not asking for a Lancer Evolution, but at least fix up the handling and tire/wheel package on the ES, please?

Another issue I had was with trunk space. If you compared all of the mid-size sedans, you would think that the Galant's trunk was too small for family trips. Granted, I was not asking for a huge trunk to swallow my entire bedroom inside of it, but I wondered if it would swallow anything for a week's tour aside from a full-size suitcase, a box of my books and my drum. You can do two weeks in an Impala…or a Ford Fusion.

Lastly, a car to be considered for purchase also needs to be efficient. If I was in the market and I made my threshold for fuel economy at 25 MPG, the Galant would not make the cut. It only got 24.7 MPG in the loop that included highway and in-town driving. It went up to St. Cloud…and returned that economy figure. That does not make it worth the trip to the local Mitsubishi dealer in my eyes.

However, there is a reason to consider the Galant: The warranty. It is a well made car by UAW hands in Normal, Illinois. Therefore, a five-year warranty, plus a ten-year powertrain extension matches Hyundai and Kia, but, sadly, there are not enough dealerships out there selling and supporting the Galant. In The Cities, I counted three Mitsubishi dealerships against two more for Hyundai. I did not count the Forest Lake dealership for Mitsubishi as it a bit further out for car shopping purposes.

The challenge for Mitsubishi is to get the Galant in everyone's consciousness because it is really a good middle-of-the-road choice ion the marketplace. However, the current Galant is at the end of its lifecycle as a new version of the sedan is due in March, 2008 as a 2009 model. The new version was previewed at the Tokyo Motor Show last week in the form of the Concept-ZT. So far, it is assumed that this will also be built at the Normal, Illinois plant.

Again, I would not advise anyone to snub the Galant when shopping for a mid-size sedan. It looks like safe choice with a few twists and turns inside. Consider it while you can. Besides, how many more years can the Camry sell over 400,000 units annually when its competition eclipses it?

PRE-OWNED VEHICLE INFORMATION: Per a search on several car shopping sites, V&R found there were several 2007 Mitsubishi Galants available between $2,800 and $10,000. Mileage and condition varies, but most were found with over 88,000 miles on the odometer, the highest being over 181,000 miles. Always have any vehicle inspected before purchase.